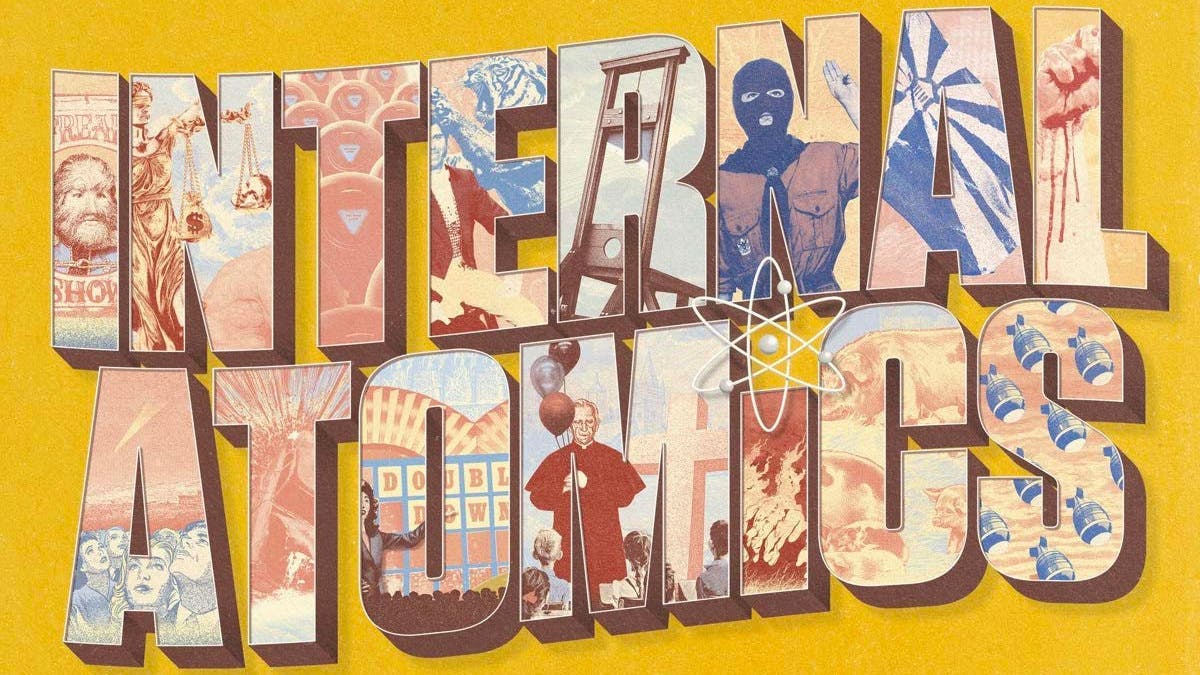 There are people who look at the world around them, take in the environmental crisis, the far-right doctrines infiltrating mainstream discourse, the polarising divisions in society and the increasing gap between rich and poor… and then whinge online about how there’s too much politics in the heavy music scene. Stray From The Path cannot be counted among this number, and this latest album – the ninth offering from the Long Island firebrands – might well not be for such folk. Although if anything could convince someone to take their head out of the sand and confront the reality of their surroundings, it might just be this.

Internal Atomics hits as hard as you’d expect from a band who’ve never shied away from a good pummelling, setting about modern ills with appropriate levels of anger. But it also balances the feelings of despair with a streak of positivity, seeks to inspire real change and explores new musical avenues within their solid framework of their brand of metallic, groove-infused hardcore.

You wouldn’t necessarily pick up on that last point immediately, as opener Ring Leader hurtles into your ears with exactly the sort of pit-starting fury on which the Long Island quartet have built their fearsome reputation. Similarly, the raging Kickback and Fortune Teller unleash the kind of hip-hop-informed hardcore assault that has long marked Stray From The Path as bloody-minded millennial successors to Rage Against The Machine. Indeed, the latter track’s ‘Firewalk with me’ refrain is as immediately infectious and energising as one of Zack de La Rocha’s own iconic lyrical blasts.

However, it’s notable that vocalist Drew York doesn’t just deal in soundbites here. Even on Second Death, a broadside against paedophilia in the church and the most apoplectically angry moment on the album, he’s capable of pulling out poetic lines like ‘A garden of Eden around a house of ruined lives.’ There are also tunes which make their point by homing in on specific, relatable stories. The protagonists in Beneath The Surface, a single mother struggling in a low-paid job and a gay woman dealing with the rejection of her parents, give the song’s verses the feel of a Bruce Springsteen song, albeit in intent rather than actual musical delivery. Meanwhile, Holding Cells For The Living Hell finds Drew opening up about his own mother’s struggles with mental health to create a piece of work both utterly harrowing and commendably frank and honest.

Fittingly, it’s these two songs which find Stray From The Path straying furthest from their musical trademarks. Beneath The Surface opens with an uncharacteristically subtle guitar intro before alternating chunky verses with a more post-hardcore feel for the chorus, while Tom Williams contributes a trippy guitar solo. Holding Cells… meanwhile, takes a markedly different tack, its chaotic hurtle encroaching on the hectic territory of sonic terrorists like Code Orange or The Dillinger Escape Plan.

For all its invective and furious anger, Internal Atomics is as much a vehicle for positive action as it is a reflection of a dark age. Ring Leader encourages its listeners to think for themselves, while The First Will Be Last and Something In The Water expose retrogressive attitudes as a means to usher in more constructive behaviour. Album closer Actions Not Words ties it all together, putting the boot into the mindset that thoughts and prayers can ever be a sufficient reaction to injustice. And its finest lines come in Drew’s last words: ‘The choice is yours / Change the world’. You heard the man.