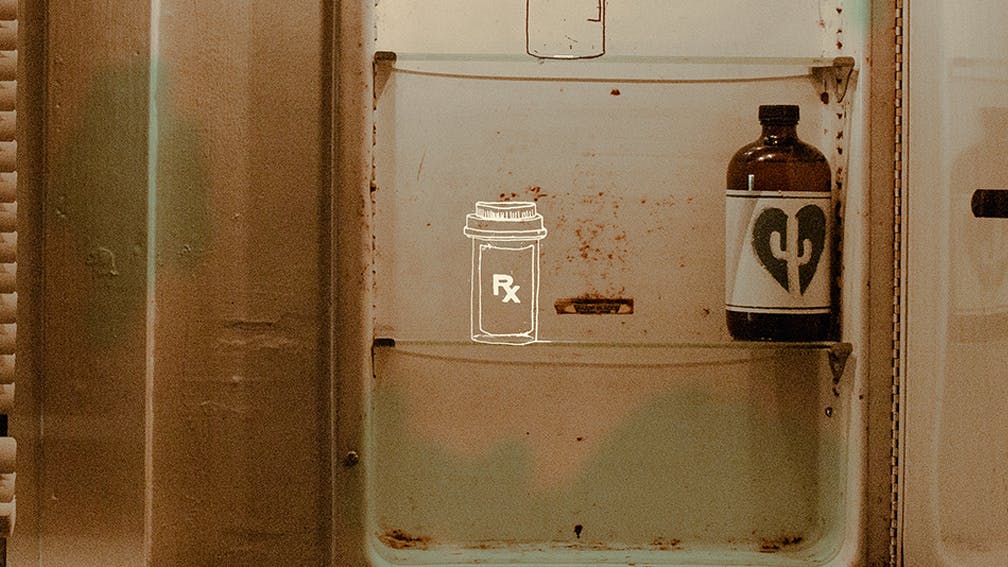 For Sundressed frontman and songwriter Trevor Hedges, Home Remedy has a more significant meaning than camomile tea and deep breathing exercises. The anxiety-prone Tempe, Arizona native originally started Sundressed eight years ago as a Bright Eyes-esque, solo creative outlet to help him stay sober, before it evolved into a fully fledged band. Over several self-releases, the Western emo outfit has become a vehicle to lift more spirits than just Trevor’s own.

True to form, then, Sundressed’s second full-length is a swarm of neuroses and pinballing energy. No Thanks barrels forward like a drag speed racer, surging on breathless drums and clanging guitar chords before crashing unpredictably into an acoustic outro. Trevor is also a compelling singer, whose admission on The Facts (‘The world is a mess, I’m a ball of stress’) is delivered as if each word yanks at his gizzards.

Compared to the riffy breakdowns and six-string gymnastics that characterise Midwestern emo acts like Tiny Moving Parts, the anxieties catalogued on Home Remedy are expressed with uplifting melodies and big-sky choruses that are closer in spirit to Motion City Soundtrack or fellow Arizona countrymen Jimmy Eat World. Even the refrain of Oh Please, ‘I can’t pay a single bill, I haven’t seen a doctor still, I just hope this doesn’t kill me,’ is sung as if from the sidelines at a football match. The tension between buoyant pop hooks and lyrics anchored by depression and dependency may mirror the struggle to maintain equilibrium, but you’ll find yourself joining in.

Occasionally, Trevor’s internal gaze is exhausting, though. Even the breezy Sensitive Motherfucker – a personal anthem of sorts – comes off as cloying and, at its worst, self-congratulatory. Still, if you’re suffering from the subterranean lockdown blues, Home Remedy is just the thing.

Home Remedy is released on September 18 via Rude

READ THIS: Clarity Or Bleed American: Which is the best Jimmy Eat World album?