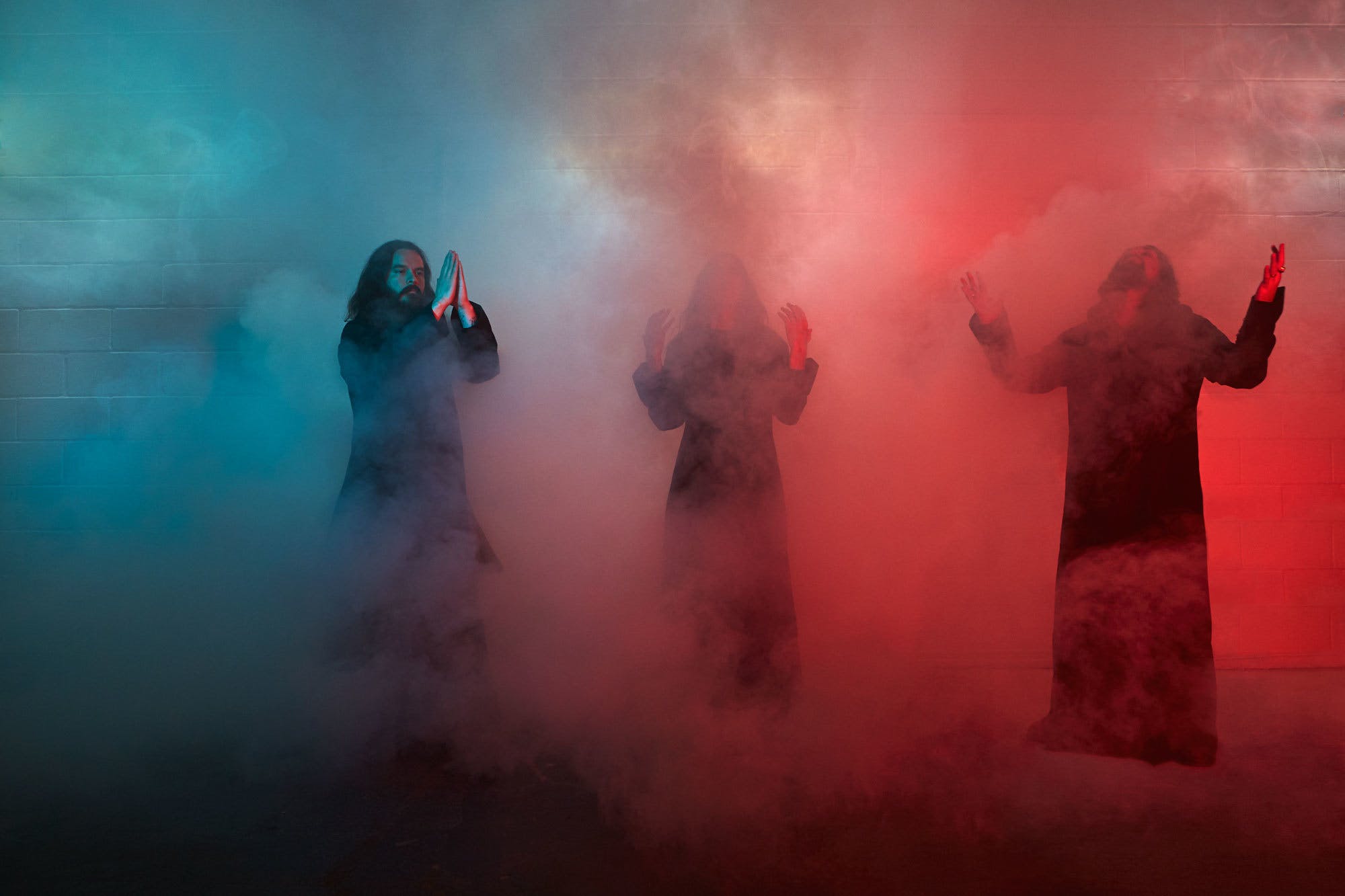 It sounds a lot easier to do what Sunn O))) do than it actually is. Just assemble a cathedral of amps, put on some robes, don’t bother getting a drummer or singer, and play a couple of doomy, droning chords for a quarter of an hour – voila! Indeed, at their first-ever London show supporting Orange Goblin at the Camden Underworld back in 2000, many assumed they were watching a soundcheck. In the years since, as the weird cult of Sunn O))) – that’s ‘sun’ to you – has grown and they’ve become festival headliners and appeared at such storied venues as The Royal Festival Hall, some have accused the core duo of Stephen O’Malley and Greg Anderson of being piss artists; that they are making musical new clothes for the emperor and laughing all the way to the bank every time people pay money for it. This is both unfair and a gross misunderstanding. Because there is great skill involved in this that transforms the idea of reducing music down to ultra-heavy vibrations that, live, are intended to be experienced through the very marrow of your bones as much as they are your ears. When it all combines – volume, tone, the feeling of having your core physically shaken by soundwaves – the results can be almost religious.

Naturally, unless you live in a studio, venue, or nuclear test site, you will not be able to play Life Metal at such a volume. But this doesn’t matter, because you can hear the unhealthy level of decibels at which this was recorded resonating deeply through each tectonic note, and the vibe remains very much the same on headphones as when you’re having your head exploded. Despite the addition of soundtrack-y Moog synths courtesy of third member TOS and having something approaching more normal riffs than simple dirges – albeit played at a single-digit BPM – this is not music that will “open that shit up” at any festivals. The hypnotic, meditative drones instead flow into your brain and force your ears to stare at the reverberations until, like looking at a Magic Eye picture, the inner secrets are revealed. But there’s also a definite guitar-worshipping thrill at play. The tones, caught by noisemaster extraordinaire Steve Albini, are heaven for those in search of the ultimate low guitar sound, the sort of thing normally heard in Tony Iommi’s dreams. It actually feels like you’re stood in front of a massive wall of amps, absorbing and worshipping the riffs as they drag through the air like a shire horse pulling Stonehenge along behind it.

In a weird way, Life Metal is also a superb demonstration of just how broad Sunn O)))’s palette actually is. Where on albums like 2005’s Black One they examined the depths of the sonic abyss, Life Metal finds them full of life and energy. Gloriously triumphant, weirdly exhilarating and entirely engrossing, Sunn O))) have created something genuinely brilliant here.

Amsterdam, prepare to doom like you’ve never doomed before as Sunn O))), Magma and more come to town on October 29.