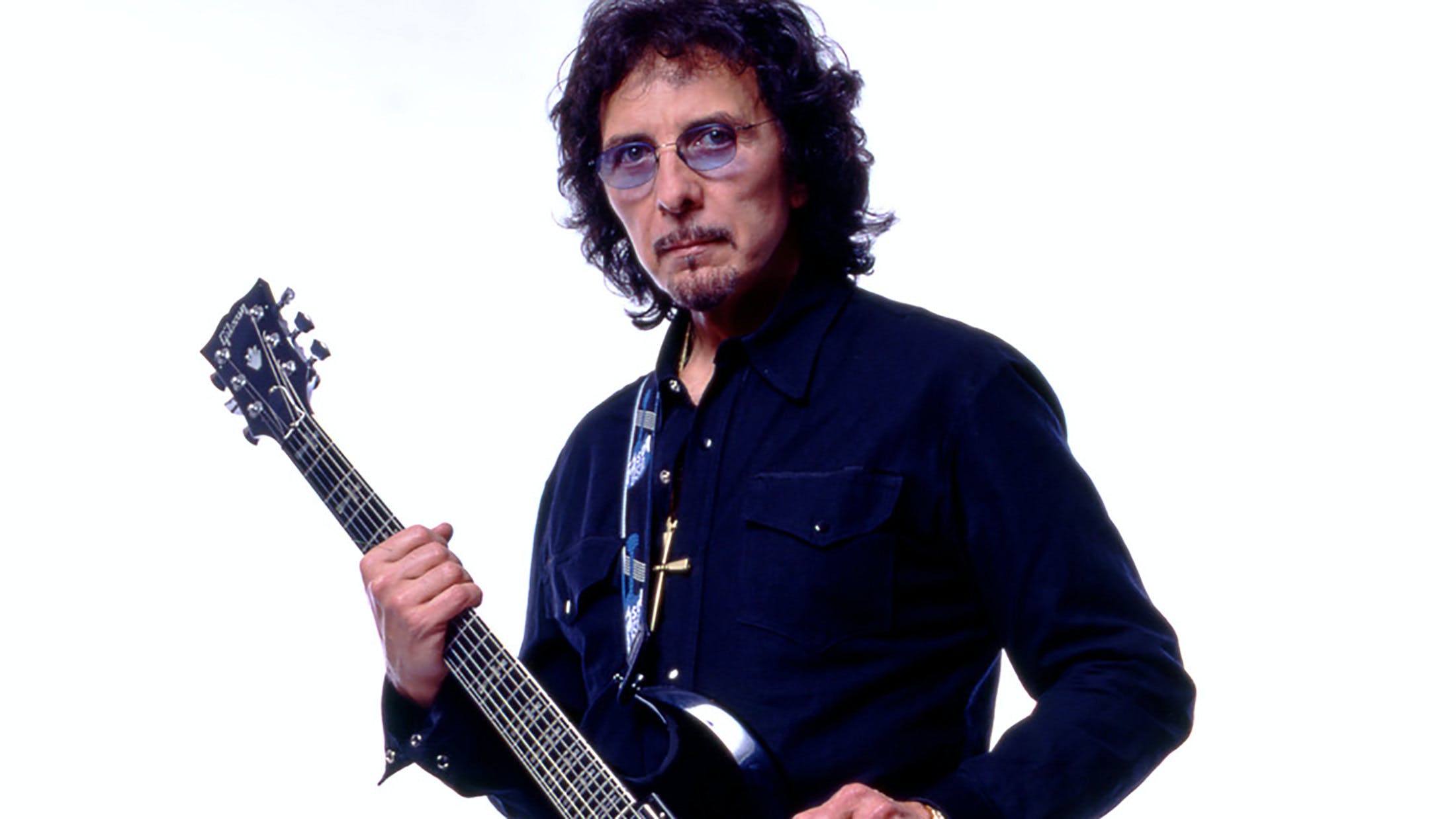 Tony Iommi’s contributions to the world of metal are categorically unimpeachable – the genre simply wouldn't exist without his visionary mind. From Black Sabbath’s game-changing 1970 debut right through to their 2013 creative farewell, as well as in other projects, the guitarist has maintained a hallmark heaviness that will echo through the eternities. In celebration of the Iron Man’s birthday, here’s a look at 13 of his greatest riffs…

A church bell rang in the raining distance before thunder cracked and heavy metal took its first breath. Five decades on, the self-titled opener from Black Sabbath’s genre-spawning debut is as chilling now as it was upon release. Its core three notes utilised the devil’s tritone, a clash that could strike fear in the heart of the listener, a sound so dissonant it was discouraged, some even say outlawed, by the religious authorities. It would be the song that convinced Tony Iommi to commit himself to a new sonic evil, paving the path for all heavy noise to come…

1970 was a very productive year for Black Sabbath. Their Friday 13th debut in February was followed in quick succession by Paranoid in September – its title having been changed from War Pigs at the request of their record label. Rooted in the jazz waltz and smoky jams of their formative months trading as the Polka Tulk Blues Band and Earth, the track itself is a 12-bar bastardised into the great beyond.

In May 2012, four songs into Black Sabbath’s show at Birmingham’s O2 Academy – their first since Tony Iommi’s lymphoma diagnosis – Ozzy Osbourne pointed to the man on his left shouting, “He is Iron Man!” to the loudest cheers of the night. It’s the song that’s become the guitarist’s calling card, purpose-built to sway necks and conquer minds, rendering us all powerless against its demon hooligan blues.

His opening fretwork resembles the kind that saw Eric Clapton anointed god, but with one turn of the volume knob on his Gibson SG, Tony Iommi swells the airy-fairy flower power of the sweet 60s into a concrete sludge of nightmarish '70s psychedelia. Few songs nail the transition between the two decades so perfectly within their opening seconds.

On a quest to out-do his previous efforts in heaviness, as well as make things easier for his two severed fingers, Tony Iommi started tuning one and a half steps lower on album number three. And it worked. Into The Void was more head-twisting than anything Sabbath had conceived before, remaining a firm setlist staple in the years since.

A natural continuation to the unholy fuzz crackling deep within Master Of Reality, this era of Sabbath has remained legendary particularly amongst fans of doom metal. In many ways, bands like Cathedral, Electric Wizard and Candlemass would never have existed if were not for earth-shaking deeper cuts like Cornucopia and album closer Under The Sun.

By the time Sabbath were recording their fifth album, excess was beginning to take its toll and creative doubt was beginning to seep in. By Geezer Butler’s own admission, the members felt their time was up – until “Tony came out with the initial riff for Sabbath Bloody Sabbath [and] we went ‘We’re baaaack!’” The second half, over which Ozzy sings of his dreams turning to nightmares and heaven into hell, was once described by Slash as “the heaviest shit I have ever heard in my life” and rightly so.

A million miles away from the blood-curdling darkness they began with, Sabbath Bloody Sabbath’s epic finale bloomed from Tony Iommi’s progressive rock influences – welcoming an air of symphonic sophistication where turmoil once thrived. It was an album that marked a turning point for Black Sabbath, as musical and chemical experimentation came together as one.

Clocking in at nearly 10 minutes long, Megalomania is quite possibly the most underrated track on what remains a very underrated album. In amongst all of the Pink Floyd meets Alice Cooper psychedelia is a riff that kicks like a mule, over which Ozzy resurrects the same robot voice that introduced Iron Man.

Symptom Of The Universe (Sabotage, 1975)

Six albums in and Tony Iommi was still innovating in ways that could lay the entire foundation for a sub-genre in a single track – treading new sonic ground that would serve as the blueprint for others to devote entire albums and careers to. In the case of Symptom Of The Universe, it would be the thrash metal popularised by bands like Metallica, Slayer and Anthrax in the decade that followed.

While the Dio-fronted Sabbath years could never have been as influential as the band’s earliest work, they did mark the sound of a band reborn in bold defiance and just as devastatingly brilliant. In place of the chaos and disarray that ultimately led to Ozzy’s dismissal was a renewed sense of purpose, the American singer’s operatic thunder helping confirm this band were far from done.

It would be fair to say Black Sabbath felt more like The Tony Iommi Project at points after Dio’s 1982 exit, though his actual solo debut arrived in 2000 with an abundance of new ways to present his genius at work. Dave Grohl, Phil Anselmo and Billy Corgan are among the names that lent a helping hand, but it’s the alternative doom of Meat, sung by Skin from Skunk Anansie, that stands out most in all of the jaw-dropping brilliance.

Released as the debut album by Heaven & Hell (though in actuality the fourth album to feature Iommi, Geezer Butler and Ronnie James Dio) The Devil You Know was brimming with modern metallic flair. While this would be Dio's last record before he passed away, it proved Tony Iommi's thirst for impending doom and slow-motion horror remained in tact, coming back to the fore with Sabbath's final instalment four years later.