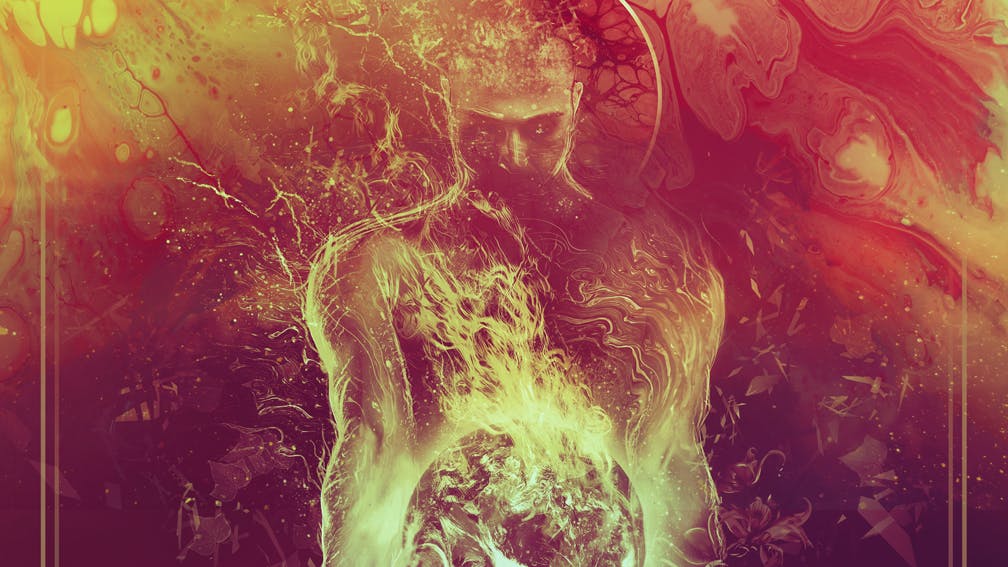 Following on from their 2018 debut Bleed Red, second LP A World On Fire sees Nottingham quintet The Five Hundred continue to deliver crushing yet melody-inflected metalcore. Here, the band have their sights set squarely on the looming environmental crisis, and across these 10 tracks they do a pretty good job of soundtracking an impending apocalypse.

Storming out of the gates with Black Dogs, they waste no time in laying out their gruff brand of metalcore. There’s plenty more where that came from, too, as the rapturous sounds of The Rising Tide – led by frontman John Woods-Ely’s merciless vocals – and the savage, heavy-hitting metallic crunch of The Warmth demonstrate The Five Hundred’s hefty arsenal further still. Then there’s Walls Of Jericho, featuring Cabal’s Andreas Bjulver, which presents the album’s heaviest and most devastating breakdown in thunderous fashion.

A World On Fire does lose its way a little as the it reaches its second half, though, and by the time seventh track With Scars rolls around, there’s a feeling that while perfectly solid, the material on offer is getting a little repetitive. They pull things back for the title-track, however, which brings the album to an emphatic conclusion complete with all the mania and technical proficiency that make The Five Hundred such a good band. It’s not flawless, but A World On Fire’s flame burns bright when its creators hit their stride, and it suggests there’s more to come from a band who have something important to say.

For Fans Of: Bury Tomorrow, Of Mice & Men, Our Hollow, Our Home

A World On Fire is released on July 30 via Long Branch.

READ THIS: How my OCD made me a better guitarist

How my OCD made me a better guitarist

The Five Hundred’s Paul Doughty has suffered from OCD and Tourette syndrome since childhood, but in the face of those struggles, the guitar provided solace and inspiration…