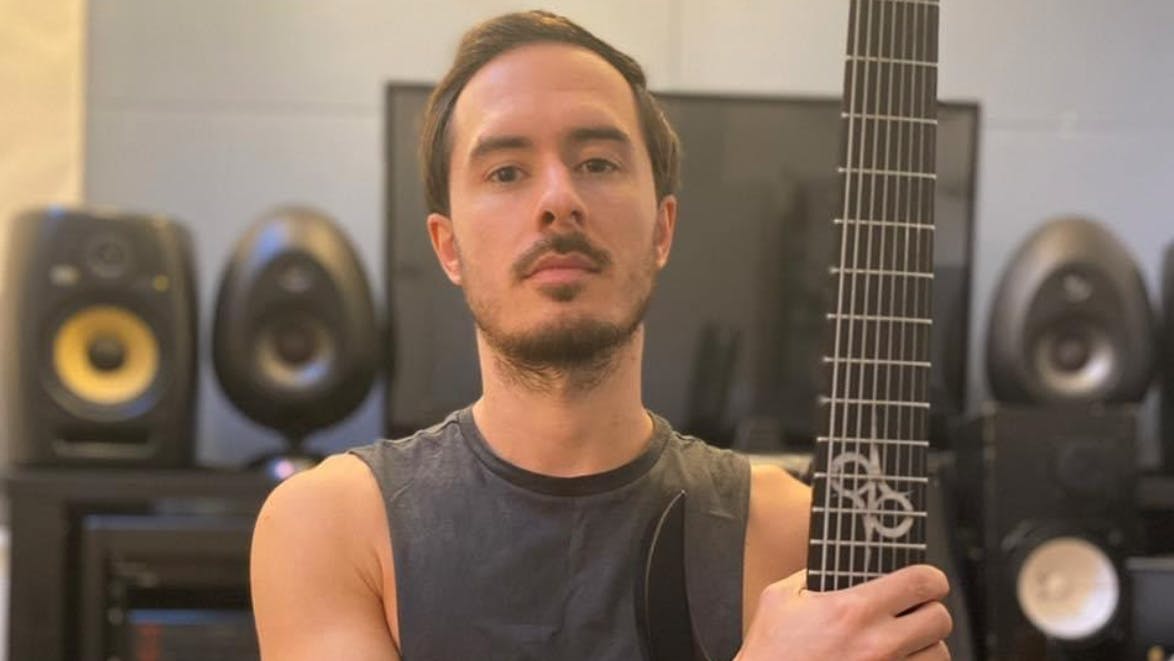 I’ve had Tourette's tics since the age of five, but they went undiagnosed for about 15 years. I was just told it was a habit and to stop doing it, but I’d be getting tics in my eyes, my head, my shoulders, and all parts of my body would tense and contort and whatnot. It made it quite tricky growing up because I'd be in bed, for instance, thinking, ‘Don't do it, don’t do it…’ And then it would happen, and it would keep happening. I got quite frustrated at times, and it got worse as I got older. When I was a student I was working at Rock City in Nottingham, and people I was serving would notice the tics and it got a bit embarrassing, and that's when I thought, ‘Let's get this looked at.’ I went to a few GPs who disregarded it and said it was a habit, but then I found one doctor who sat down with me for about 45 minutes, researched what it could be and referred me to a neurologist and psychologist, which is how it got diagnosed.

It’s weird when I think about how OCD and Tourette’s have made me feel. Even though I've got Tourette's, if I see someone who also has it, I naturally look at them anyway because it's just different. You're always going to get people staring or asking what's wrong, but it’s never bothered me that much – I guess I'm quite thick-skinned in that respect. People can take the piss, but I don’t really care. What bothers me more is the fact that when I do tic it strains my body and causes pain in my arms and my shoulder, and then it becomes a cycle because if I'm in pain I want to stretch it more. In terms of other people’s attitudes, though, that’s something I’ve never really allowed to get to me.

One thing that’s really helped me is playing the guitar. The OCD helps in terms of being able to sit down for hours until I nail something, even hard solos which at first seem impossible – I’ll just keep going until I get it right. The thing with having OCD and playing the guitar is that, for most people, it's easy to just stop for a few minutes, get a drink, have a rest and come back, but the OCD stopped me from doing that. I’ve been playing guitar since I was nine, and it’d get to the point where I’d be trying fast solos, lots of bends and slides and generally be all over the shop for four hours, and my fingers ended up in bits. I guess it toughened me up as a player, though. It was so hard to focus on anything else when I was playing: I’d see my phone go off but I couldn’t pull myself away from the guitar. My mind was so fixated on playing and perfecting what I was doing – it was like, ‘Do this. Do this. Do this.’ The downside to that is that when I couldn’t nail a part, I’d get really frustrated, keep making mistakes and then the Tourette’s would kick in and the tics would be worse and worse.

With regards to Tourette’s, I’ve found that when I'm playing the guitar now I don't tic, and when I started with The Five Hundred I was worried about going onstage and performing because of my tics. In reality, I’ve found that when I'm playing and loving it I’m just lost in the performance and it doesn’t happen. If I'm onstage, I just want to put on the best show I can and play as well as I can, and because I'm so focused on that, the tics kind of get pushed to the side. I may tic a little in between songs, but that’s it. During the playing, I’m completely focused, which is pretty good – maybe that's where the OCD helps.

If anyone reading this thinks they might be experiencing OCD or Tourette’s and it’s bothering you, I’d suggest going to see a GP. Doctors have, in my experience, been a little hit and miss, but I think I think if you go in and say, ‘I think this might be what I have,’ then they’ll probably be more accommodating. If you've got really bad tics, just go and get it looked at, because there’s comfort to be found from knowing what it is that you have. There are treatments and medications available – some of them have worked for me, others haven’t – but there is support out there, and it’s worth taking those steps to try and make things better for yourself.

The Five Hundred’s new album A World On Fire is out July 30 via Long Branch Records.

Album review: The Five Hundred – A World On Fire

Nottingham quintet The Five Hundred deliver some metalcore on second album, A World On Fire