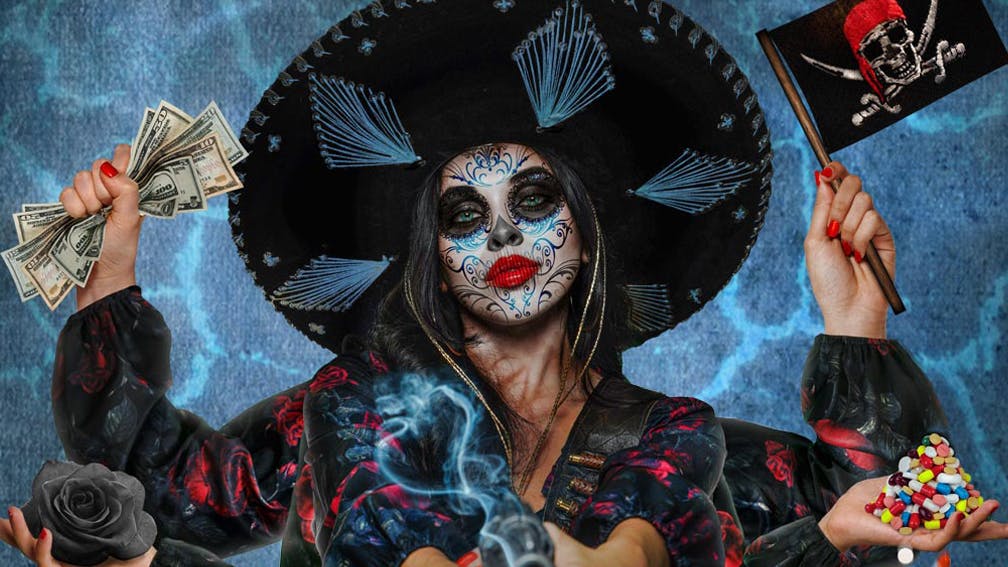 Theoretically, a more efficient punk band could have formed, broken up and played reunion shows in the time it has taken The Offspring’s 10th album Let The Bad Times Roll to see the light of day. A lot has happened since the stalwart Californians put out their last record Days Go By in 2012, with everything from label uncertainty, line-up issues, subsequent legal tussles, a global pandemic and life getting in the way. Considering the fact that its lead single Coming For You came out six long years ago, the band would have been forgiven for thinking the process was doomed and giving up on these songs ever being released. After almost four decades together, frontman Dexter Holland and guitarist Noodles hardly need to do this, after all, and yet here, finally, they are. Despite their often overlooked yet stupendous commercial success throughout the ’90s and early ’00s, America’s most underappreciated punk band are back for another round of defying the odds.

Producer Bob Rock (Metallica, Bon Jovi) is back at the console for the third time, and first impressions are that despite the challenging circumstances of the record’s completion, the more that things have changed, the more they’ve stayed the same. Founding member Greg K may have been ousted on bass and been replaced by H20 man and touring guitarist Todd Morse, but as the jittery rush of This Is Not Utopia hurries in, The Offspring roll back the years, broadly raging against the lie of ‘The American Dream’. Similarly, the title-track pairs a characteristically jaunty melody with gallows humour about how rubbish everything seems to be, flitting expertly between the band’s innately playful nature and firing off stinging missives. So far, so good then. It’s a takeaway reinforced by most of the album, in fact. Despite – or perhaps in spite of – their advancing years, The Offspring show no signs of slowing down or growing up gracefully. There’s a snap and bite about Behind Your Walls, while Army Of One rattles on with a pleasing Dead Kennedys-meets-Fear-like fire in its belly, and Breaking These Bones keeps the intensity at just the right level and pacing.

Where Let The Bad Times Roll will likely divide opinion is in the mid-point, three-track swing of the aforementioned, ice-hockey-goal-music swagger of Coming For You, the bookending, rocked-up cover of evil orchestral classic In The Hall Of The Mountain King, and the embarrassing dad overshare of We Never Have Sex Anymore – which leaves as little to the imagination as its title suggests. Flirting, as ever, with novelty, Let The Bad Times Roll is The Offspring as they’ve always been, without apology, sending themselves up as much as tackling really quite serious issues such as the opioid crisis (The Opioid Diaries).

It’s dubious whether anyone needs an Offspring piano ballad in their life, however, especially one carrying a slight melodic whiff of Gary Jules’ take on Tears For Fears’ Mad World (or, indeed, Five Finger Death Punch's rendition of one of Offspring's biggest hits), but that’s where the record closes out on Gone Away Requiem, save for Lullaby’s briefly trippy one-minute epilogue, reprising the title-track refrain. That’s more a matter of personal taste than a reflection of the job the band have done on the whole though, and how much you can stomach the occasionally jarring tonal shifts will determine your desire to revisit the record. For the majority of its runtime, Let The Bad Times Roll represents a welcome return from a band who undoubtedly make the world all the brighter with their presence.

The Offspring tour the UK in November 2021 with The Hives.