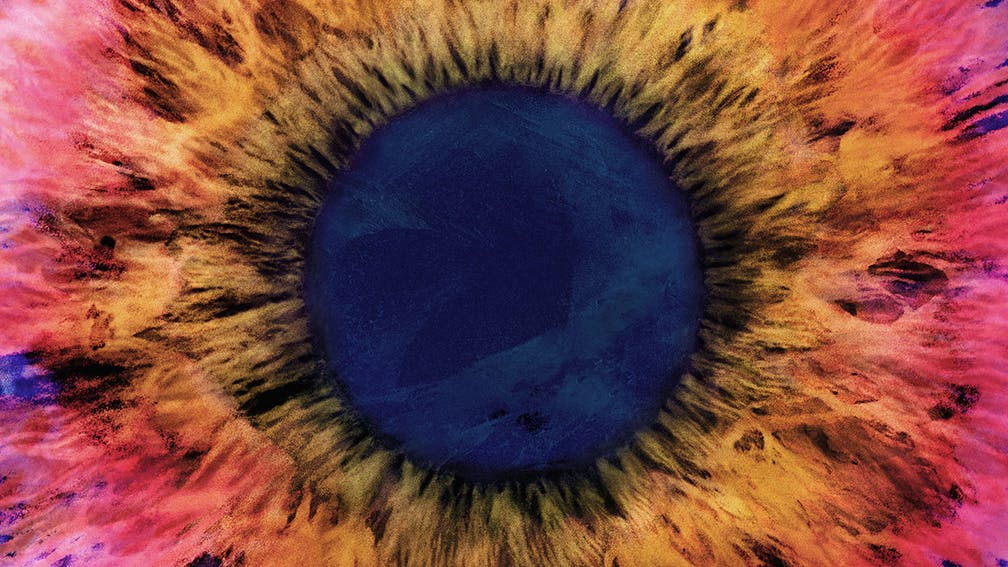 If Thrice frontman Dustin Kensrue didn’t altogether lose his religion over the past few years, he certainly loosened it. Stepping back from the narrow, proscriptive Christian faith that had so long been his guiding light, the singer came to understand that hope, resilience, and learning to embrace uncertainty can be every bit as powerful as blind faith. Even when faced with insurmountable darkness, belief in life’s unlimited possibility can be fuel enough to rage against the dying of the light.

Although that philosophical shift began as far back as 2016’s To Be Everywhere Is To Be Nowhere, and continued through 2018’s Palms, it reaches its compelling conclusion on excellent eleventh album Horizons/East, which Dustin refers to as a “roadmap” for closed minds to follow along his path of awakening. His native America (indeed, the wider world) has been pulled apart by partisanship and tribalism. There’s rarely been a better time to stop and take stock.

‘My first and foremost memory / Is staring up in wonder at the wall / It circumscribed the city / They said beyond it nothing dwelt at all,’ muses opening track The Color Of The Sky, illustratively. ‘But I came to wonder if the stories all were true / So one night I made my mind up / I resolved that I would find a passage through.’

It’s just the jumping-off point for a shapeshifting 10-track odyssey, with the pain, doubt, and eventual enlightenment experimentally reflected in the high-tension indie-punk of Buried In The Sun, the soulful post-hardcore of Summer Set Fire To The Rain, and the almost R&B-inflected strangeness of Robot Soft Exorcism. Elements of prog and post-rock seep in throughout, too, as the Californians strive to communicate these biggest of ideas.

Perhaps most telling of the album’s tone is brave, low-key closer Unitive/East. Constructed of understated synths and jangling pianos layered untidily, it is a compellingly disorienting sonic statement, pressing the importance of remembering humanity’s interconnectedness, asking‘Is there a me without you?’

For Thrice fans, Horizons/East is another strident step forward from one of post-hardcore’s definitive outfits. For listeners at one of life’s soul-stretching crossroads, though, it could serve as so much more...

For fans of: Thursday, Senses Fail, God Is An Astronaut

Horizons/East is released on September 17 via Epitaph