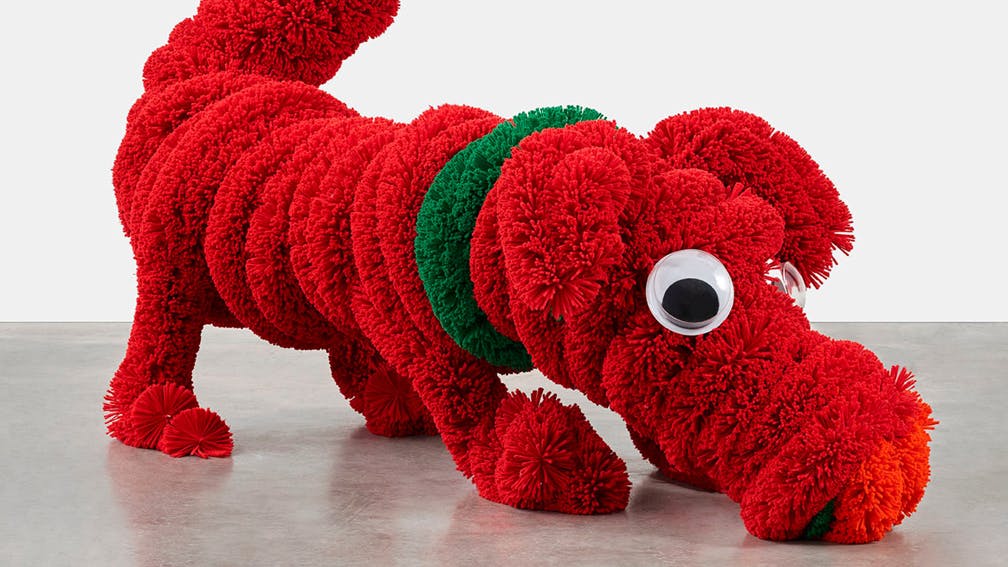 If you needed an illustration of the unpredictable cultural impact of oddball British punk outfit Gang Of Four’s 1978 debut Entertainment!, then – other than the artwork for this tribute to late guitarist Andy Gill, who passed away last February, being a work by Damien Hirst – the opening and closing performers on this compilation would be a good start.

IDLES are first through the wall, arguably today’s most obvious heirs to Go4’s aggressively danceable pop and Andy Gill’s guitar anti-heroics, as they machete through Damaged Goods. Closing side two, however, is a traditional gamelan ensemble called Sekar Melati, whose clanging, live deconstruction of Not Great Men is almost unrecognisable – and all the more intriguing for it.

There are plenty more hairpin turns on The Problem Of Leisure, featuring covers by collaborators (former Go4 and Bowie bassist Gail Ann Dorsey), contemporaries (Killing Joke, Gary Numan) and admirers. Tom Morello reins in his usual effects pedal detonations during Natural’s Not In It, instead focussing on the metallic groove and allowing Serj Tankian to grow more maniacal in his delivery. As if ‘Repackaged sex keeps your interest’ didn’t already sound like a System Of A Down lyric.

The recurrence of a few songs in several guises might seem strange, but it highlights how malleable the material is. Flea and John Frusciante’s version of Not Great Men is, quite literally, worlds away from Sekar Melati’s interpretation. Instead, the Red Hot Chili Peppers axis dial up the funk inherent in Go4, with an added impish flourish by having children sing that history is written by brutes. That Andy Gill majorly shaped Flea’s life – first as a gateway to punk, then as producer of RHCP’s 1984 debut – only adds to the poignancy of this tribute, following Gill’s passing.

As much as the impressive company, what stands out on this compilation is the undimmed volatility of these songs, waiting to be set off. Pick this up, then listen to Entertainment!. You can never tell where it will lead.

For fans of: IDLES, Killing Joke, The Fall

The Problem Of Leisure: A Celebration Of Andy Gill And Gang Of Four is released on June 4 via Gill Music.

System Of A DownIDLESGang Of Four