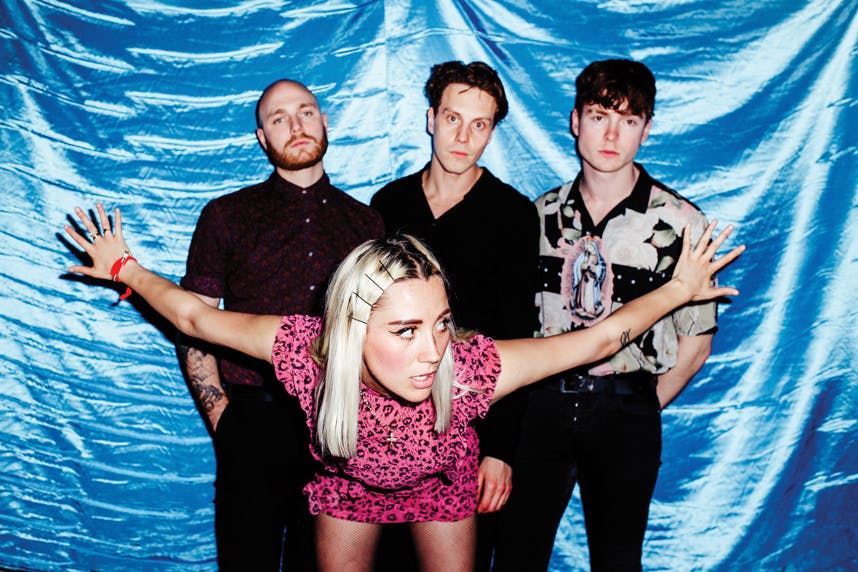 Expectations are high for YONAKA. Named as one of our Hottest Bands of 2019, and following on from their excellent, 4K-rated 2018 EP Creature, Don’t Wait ‘Til Tomorrow comes off the back of high-profile support shows with Bring Me The Horizon – who YONAKA will play alongside again at All Points East – and a hugely successful headline tour. With such early confidence comes the pressure to succeed, but this band, led by star-in-the-making vocalist Theresa Jarvis, are just too good to crumble under the weight of expectations. Simply put, Don’t Wait ‘Til Tomorrow is an absolutely fantastic debut album from a band bursting with potential.

From the moment the record kicks in, Theresa’s vocals soar, and whether it’s the gorgeous falsetto of atmospheric opener Bad Company or the sultry delivery of Awake’s biting ‘Ignorance is not bliss to me’ refrain, her performance never falters. It helps that the songwriting is just as impressive as the vocalist’s abilities – Lose Our Heads is a radio-ready, rollicking ride; Creature is nothing short of anthemic; Punch Bag, which went down a storm on the band’s recent headline run, is a hard-hitting epic that delivers a killer knockout blow.

Elsewhere, the title-track is another high point. Displaying the confidence and swagger of a band much further into their career, the song’s brazen strut is evidence that YONAKA aren’t content waiting for greatness to find them. Rather, the quartet are grabbing the mantle with both hands and determinedly running towards rock’s upper echelons at a rapid pace. As Theresa herself declares on penultimate track Wake Up, ‘Shit just got real’.

Just as endearing as YONAKA’s ambitious attitude is the consistency they offer up here. Young bands can be forgiven the odd lapse in quality on a first full-length and still emerge with a record worthy of great praise, but the Brighton natives are in no need of a helping hand. Right up until the final moments of closing number The Cure, which ends the album on a triumphant note, there’s not a moment where the standard of Don’t Wait ‘Til Tomorrow drops. It’s thrilling, pedal-to-the-metal stuff throughout.

It’s on the energetic Rockstar, though, where Theresa best sums up YONAKA’s achievements here. A song that manages to feel both frantic and composed, it sees the vocalist making the exhilarated declaration that, ‘I just wanna be a rock star, baby’. Consider that mission well and truly underway, and with great success. What YONAKA have made here is one of 2019’s best breakthrough rock albums. Put simply, Don’t Wait ‘Til Tomorrow is the birth of a new band of rock stars.

Managing your mental health isn’t easy, says YONAKA’s Theresa Jarvis, but time away from your phone helps to keep negativity away…

YONAKA Have Covered Taylor Swift's You Need To Calm Down

Brighton four-piece YONAKA take on Taylor Swift's recent single You Need To Calm Down as part of the Spotify Singles series.