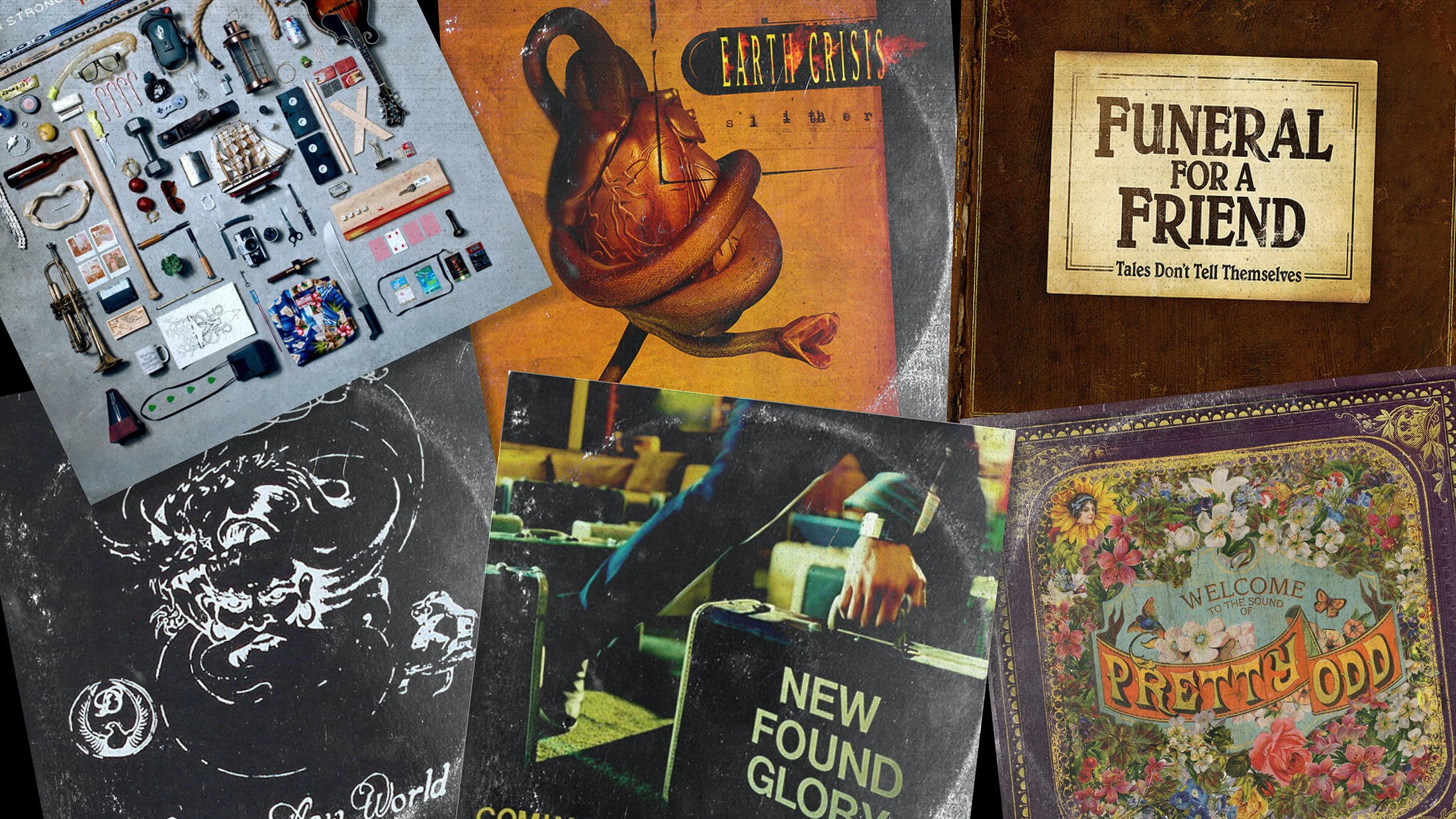 Few bands can boast a flawless resumé. From moral mishaps to accusations of ‘selling out’, punk, rock and metal are peppered with tales of bands who took their excesses too far, and nearly crushed their own careers in the process. When the fuck-ups are musical though, you enter expensive, complicated territory.

Fandom is two-way street, and the influence a band’s throng can and should exert on their art is an oft-hotly-debated topic. Taking creative leaps of faith is important, but to leave your fanbase’s expectations behind in search of success and sonic reinvention can prove deadly. Countless bands have tried and failed to switch things up; some of them never recovered from the critical hit such experiments took on their careers.

Rock’s tribalism can be its biggest strength, or its greatest flaw. Its fans are often open to innovation, but always wary of mainstream invasion - sometimes, that tightrope becomes a razor-wire. Below, we delve into a bunch of rock’s biggest musical missteps, some of which were almost career-killers.

New Found Glory – It's Not Your Fault

Longtime poster boys for a pop-punk scene that thrived on high energy and even higher fives, New Found Glory’s decision to whip out the keys for their fifth album startled some. It was a release that was largely heralded by the music press for its maturity – both in sound and in how they documented their relationships this time around, with bratty ex-girlfriend putdowns replaced with a considered approach to the difficulties of long-term, long-distance love. Nevertheless, Coming Home irked many of their lifelong supporters, who saw the polished-up, piano-led professionalism of songs like It’s Not Your Fault and Oxygen as a wilful turning-away from their punk-rock credentials.

It didn’t take too long for NFG to return to their more sunny-side up sound. Its follow-ups (the Tip Of The Iceberg EP in 2008, and Not Without A Fight in 2009) found the band amping up the energy once more, returning to their pop-punk past – perhaps evidence that their radio-rock gamble didn’t quite pay off at first. Nowadays, though, given time to settle in, Coming Home is often held up as an example of New Found Glory’s versatility, and is heralded by the same fans who once poured scorn on it.

Panic! At The Disco – Nine In The Afternoon

Few debut albums could boast quite as much counter-cultural impact as Panic! At The Disco’s baroque-punk odyssey A Fever You Can’t Sweat Out. From Bach to Black Flag, the record fizzed with the energy of a thousand wide-ranging influences - their next step was a heel-turn.

Pretty. Odd. shocked and reviled Panic’s eyeliner-loving audience on its release, as the band bizarrely chucked the exclamation mark, and with it, the energy of Fever…. Imitating The Beatles in both sound and style, the band’s new guise was evidence of a creative trench between songwriter Ryan Ross and frontman Brendon Urie, as the former tried to steer their ship towards the Yellow Submarine of his new favourite group, before eventually jumping overboard altogether. A musical misstep, it took a few years for Panic! to regain their alt-pop top-dog status (and, of course, that all-important punctuation).

Vegan, straight-edge and staunchly opinionated, Earth Crisis’ image didn’t quite match up with the ‘woe is me’ nu-metal brigade, making Slither an odd foray into a new world. For a group who are to this day held up as the original innovators in metalcore, chasing the pack was seen as a sellout move from one of the scene’s most anti-conformity flag-bearers. Backed by some highly questionable, leather jacketed promo photos, it was a slap in the face to everything that came before it.

Slither sent Earth Crisis spiralling towards hiatus, with a brief, equally bizarre pause to release 2001’s Last Of The Sane covers album. Upon their reformation in 2007, it remained shelved, with its groove-laden sound consigned to the history books along with the nu-metallers it was trying to desperately to imitate.

Funeral For A Friend – Tales Don't Tell Themselves (2007)

Funeral For A Friend – Walk Away

Built on twisting, metallic riffing and the scream-sing vocal duality that would come to define metalcore in years to follow, few would have foreseen the two-footed leap Funeral For A Friend took into melodic rock a decade ago. Tales Don’t Tell Themselves was a statement of ambition and intent from the group – a 10-part narrative of a sailor lost at sea, it was a beautifully progressive step forward, earning them their highest UK Albums Chart rating at Number Three. Unfairly derided by their fans who simply wanted more mosh-fodder, though, Tales Don’t Tell Themselves quickly became known as Funeral For A Friend’s first wrong foot after the sucker-punch one-two of Casually Dressed & Deep In Conversation and Hours.

The group nursed their wounds with the patchy prog of Memory & Humanity, before careering back towards the fired-up melodic hardcore of their earliest influences. FFAF never quite reached the heights of those first two records, however, Tales Don’t Tell Themselves becoming a stumbling block they could never quite recover from, as they soon acknowledged with a series of throwback, full-album tours towards the latter years of their career.

Less of a u-turn and more the biggest trip-up in rock history. Building a formidable following amongst hardcore’s early devotees, Discharge’s catalogue remains one of the scene’s most idolised – with the exception of Grave New World.

A bizarre, glam-rock exercise in how not to mix things up, it was brutal in all the wrong ways, ransacking their legacy and replacing it with odd facsimiles of the mid-’80s radio-rock excess. Frontman Cal Morris later blamed the change-up on his rediscovery of Led Zeppelin, but the damage was already done. A commercial and critical depth-charge, Discharge were forced to cancel their Grave New World touring plans after shows reached riot-like levels of disappointment, with Bad Brains frontman H.R. even pelting the band with ice during their New York show. The band went their separate ways soon after, before reforming with a new line-up in 1990 to dump all over that legacy again. Grave, indeed.

Pioneers of the hardcore-powered pop-punk offshoot ‘easycore’, Four Year Strong took a strange sidestep with their third full-length. Chucking their synth player and slowing things down, the four-piece settled into their plaid and grunge roots, bouncy melodies replaced instead with four-chord, Dave Grohl-aping storytelling. The response was far from ideal, with a collective yawn greeting their new Foo Fighters-lite sound, and the band losing the ground they paved to the likes of Chunk! No, Captain Chunk and their peers in A Day To Remember.

It’s fair to say the radio-rock gamble didn’t quite pay off, with critical reception middling at best. Four Year Strong took a brief hiatus post-In Some Way, Shape Or Form to regroup, before returning to their bread-and-butter easycore sound on the 2014 Go Down In History EP and its self-titled full-length follow-up.