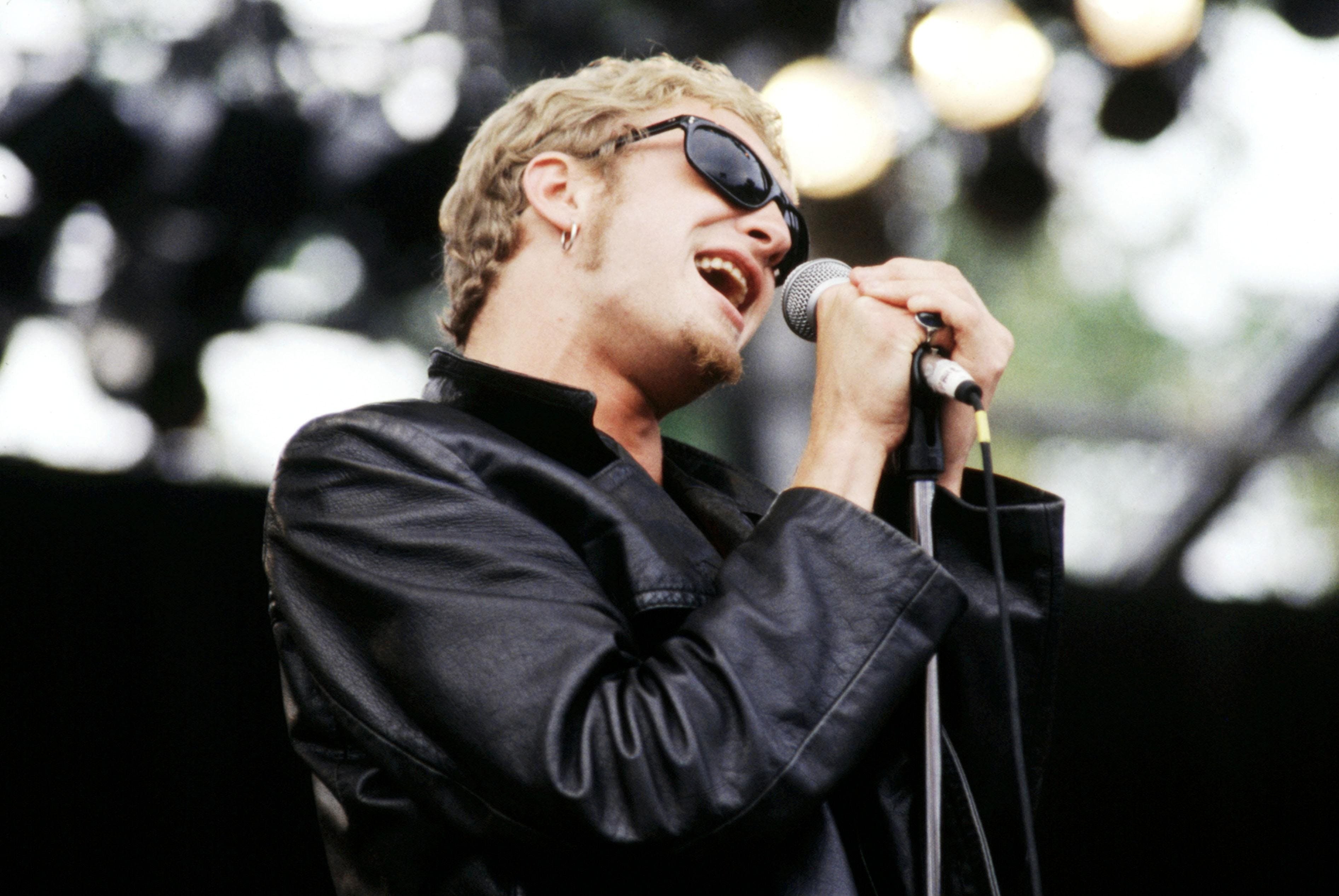 July 3, 1996 was not, it seems, a big day for news. There were no famous births or deaths, no revolutions or disasters, no notable scandals. It was a Wednesday, unremarkable in every way, except that at Kemper Arena in Kansas City, Missouri, vocalist Layne Staley gave what would turn out to be his last-ever live performance with Alice In Chains. Supporting the recently reunited original KISS line-up, the band played an 11-song set; they opened with Again, and closed with Man In The Box. And then Alice In Chains were no more.

Somehow it feels as if the occasion should be marked in some way, perhaps more so than Seattle’s Layne Staley Day to mark the singer’s birthday on August 22, certainly more so than his lonely death in April 2002. Although they were to be reborn 10 years later, with frontman William DuVall, 1996 is when, to all intents and purposes, Alice In Chains died. Ironically, Layne overdosed after the show and was hospitalised.

In truth, the band – like their enigmatic singer – had been dying for some time. In 1993, they played over 100 shows, riding high on the success of their phenomenal second album, Dirt. In 1994, they played just once. And in ’95, when their self-titled third album debuted at Number One in the Billboard charts, there were no gigs at all. Excluding TV appearances, they managed just five shows in ’96, one of those being the legendary MTV Unplugged performance. Pale as a ghost, and apparently dopesick, Layne walked onto the stage, took a single breath, and sang his soul out, his bandmates later saying that it was like watching him sing at his own funeral.

Wading through endless video clips on YouTube, it’s difficult to reconcile the goofy, happy young man with what he became, but Layne should be remembered for more than his addictions. First and foremost, he was an incredible singer, utterly mesmerising even when he barely moved. I saw Alice In Chains for the first time at London’s Marquee club on March 8, 1991, opening for Megadeth and blowing them off stage, and was fortunate enough to see them maybe a dozen times after that. Layne was never anything less than brilliant. He never gave anything less than everything; emotions laid bare.

Despite interviewing the band several times, I never met Layne. He didn’t like doing press, and interviews with him became increasingly rare. “I hate it,” he says in a soundbite found on YouTube. “I don’t feel like I’m the type of guy who should be in front of a camera.” In another interview he added, “The same people who put you on the pedestal are just dying to fucking tear you down and write about it. That wasn’t happening with me. The guy who was supposed to fall down and be at death’s bed or whatever people wanted to think I was doing… That guy was making records and getting his artwork into gallery shows.”

Sadly, he was wrong about being at death’s bed, it just took a long time for him to sleep: drummer Sean Kinney later commented that the singer’s death was like “one of the world’s longest suicides”. But as is often the case with truly iconic singers, it was Layne’s inner torment that enabled the music to touch so many people, the knowledge that although you may be alone, someone else was in that dark place with you.

“We deal with a lot of painful issues, without getting too specific,” explained the frontman. “We’re kinda just hitting on feelings that are found in a lot of people. They’ve approached us, and they’ve experienced those same feelings and they identify with it, almost to the point where they are certain that that song was written for them or about them. Sometimes their situation is in a completely different ball park from when we wrote the lyrics, but that’s kind of the idea. We keep them loose enough to allow others to apply them to their story and their lives. We’ve taken some painful feelings and made it sound beautiful, and made it easier for people to deal with those memories.”

If only Layne could have made it easier to deal with his own memories. Instead, as evidenced on songs like Godsmack, Junkhead and many others, he chose the oblivion of heroin. As early as the Dirt tour, the band’s management hired bodyguards to keep people away who might supply him drugs, eventually cancelling tours to keep him from harm’s way. His bandmates would fly to LA for weekly therapy sessions at rehab, but nothing worked.

“He was very honest with me about drug addiction,” said Layne’s mother. “He was in and out of treatment 10 times. He was in the emergency room and probably died five times. He was stalked by addiction, and it just creeps up on you again and again.”

In a Rolling Stone article of early ’96, it was noted that Layne had taken to wearing fingerless gloves to hide the track marks in his hands, a last resort when the veins in the arms are tapped out.

“I wrote about drugs, and I didn’t think I was being unsafe or careless by writing about them,” he told the magazine. “Here’s how my thinking pattern went: when I tried drugs, they were fucking great, and they worked for me for years, and now they’re turning against me – and now I’m walking through hell, and this sucks. I didn’t want my fans to think that heroin was cool. But then I’ve had fans come up to me and give me the thumbs-up, telling me they’re high. That’s exactly what I didn’t want to happen.”

And here we are in a dark place again. It’s difficult to avoid with Layne. This is supposed to be a celebration of his life and work, but every turn seems to lead to darkness. As I write, I trawl through endless YouTube clips: Layne on a waterslide for some MTV thing during the Lollapalooza tour that Alice In Chains headlined in ’93. Layne leaping happily from a balcony into a hotel swimming pool. Layne goofing about in the studio, all smiles. Happier times.

There’s an early clip of him pulling a Nazi skinhead onstage and smacking the snot out of him, which is pretty cool, and another where he talks about Tom Morello teaching him to play guitar. There are moments of optimism: “I wanna write a book, which I’ve been working on for a long, long time, about five years now,” he says in one clip. And then in another he talks about how Prince and David Bowie are his biggest idols.

But then we’re back to darkness…

Asked about heroin, he says, “You’re flirting with death and that’s probably what’s most attractive about it, the danger. But I beat it, I beat death. I’m immortal!”

Asked if drugs help with creativity, he says, “No. I never created anything when I was in that state of mind.”

‘Are you happy?’ asks another. “I was getting there,” he responds, looking so far from happy that it’s hard not to cry.

In October 1996, Layne’s longtime girlfriend Demri Parrott passed away from complications of her own drug use, and the singer went into isolation, rarely leaving his Seattle apartment, his grief overwhelming. There were rumours of his death and that he had lost an arm due to gangrene. It was said that he’d lost most of his teeth. Remarkably, he recorded two more tracks with Alice In Chains in 1998, Get Born Again and Died, which featured on the Music Bank boxset, and then a cover of Pink Floyd’s Another Brick In The Wall with the Class Of 99, featuring Tom Morello. In October of ’98, he made his last public appearance, and was rarely seen again. His body was found on April 18, 2002. He’d been dead for two weeks and weighed just 86lbs.

Ironically, there’s another clip of Layne being asked if he believes in life after death.

“Yeah,” he smiles. “Maybe I’ll come back as some sort of aquatic creature or a giant insect, an Amazonian beetle.”

Somehow, everything takes a deeper meaning after death, with so many of Alice In Chains' lyrics seeming sadly prophetic. So much beauty and so much pain. At least the pain has ended, the music eternal.