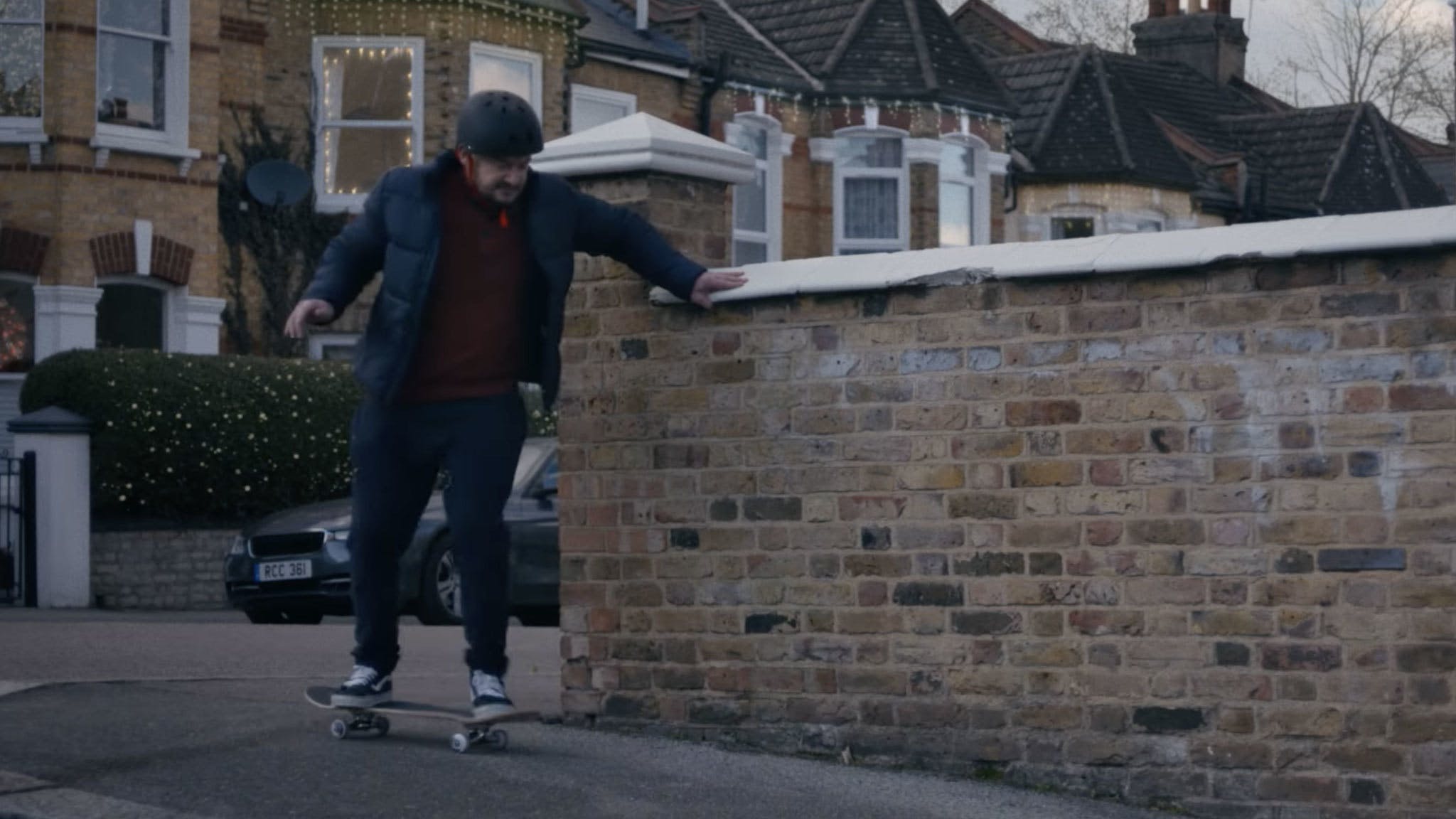 This year’s John Lewis Christmas ad has arrived – and as well as opting for a more important and straightforward narrative this year, the company’s soundtrack choice is particularly great.

A cover of blink-182’s All The Small Things, performed by U.S. singer Mike Geier, can be heard over the top of the minute-and-a-half-long ad – and while the Enema Of The State classic isn’t by any means a Christmas staple, it is relevant here as the main character of the advert tries to learn how to skate in preparation for the arrival of his new skateboard-loving foster daughter.

The whole thing is in aid of raising awareness for the UK’s care system, in which over 108,000 children currently reside. According to The Guardian, it was put together with the help of Action For Children and Who Cares? Scotland.

“We could have heavily gone for Christmas magic and fun but that didn’t feel the right thing to do this year with everything going on,” explains John Lewis’ senior advertising manager Holly Kicul. “It felt the right thing to use this platform we have to get this message [on carers] out. We wanted to have laughter but in a different way to what we do normally.”

Mark Hoppus on massive blink-182 reunion: “That was a burden to carry that secret for so long”

With blink-182 announcing their long-awaited reunion with Tom DeLonge yesterday, bassist Mark Hoppus says he feels like “a weight has been lifted off my shoulders” now all their exciting plans are public.