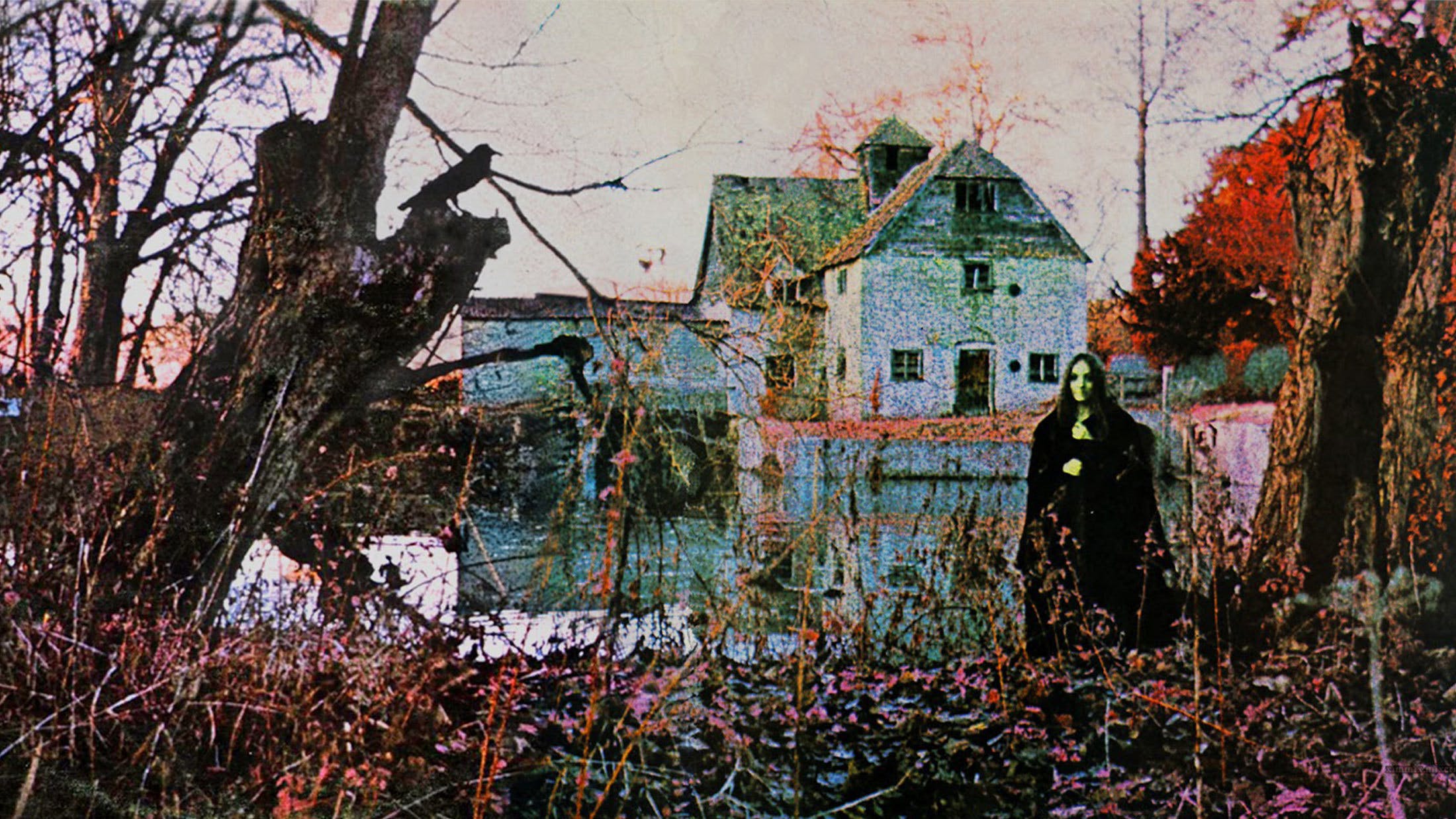 It has been over five decades since one record written by four blokes from Birmingham changed everything. It is no exaggeration to say that Black Sabbath’s self-titled debut laid down a blueprint for heavy metal that would sprout, grow wings and blossom into something so multifaceted, brilliant and beautiful that not even its creators could ever have foreseen it. Virtually every musician who has strapped on a guitar and peeled off riffs in the years since its release owes it an immeasurable debt. The fact that Black Sabbath have influenced legends who themselves went on to shape the lives and careers of future generations speaks to the level of their importance and impact. And it all started with their introduction on that monolithic debut album, released on the eve of Saint Valentine’s Day, 1970.

And yet, speak to Ozzy Osbourne, Tony Iommi, Geezer Butler and Bill Ward about it and you’d think the record came as naturally as breathing – that such inspired genius was as easy as flicking on a light switch to illuminate a room. “Once we’d finished,” the vocalist wrote in his 2009 autobiography I Am Ozzy, “we were in the pub in time for last orders.”

But the source of Black Sabbath’s awesome power came from a much darker place than the temporal. Instead, the band eschewed the façade of hippy-centric peace and love that dominated the music of their peers, delving into the kind of subject matter that others dared not – fantasy and the occult, taking cues and inspiration from figures like Aleister Crowley, Dennis Wheatley, H.P. Lovecraft and J.R.R. Tolkien. It came from the unique magic created when those four musicians played in a room together, each bringing their A-game to the record. It came from something intangible – a true one-of-a-kind moment in time.

Hard as it is now to fathom, such is the band’s legendary status and so ingrained is every note of those classic songs, but they were just four regular young men, unaware at the time just what they were about to offer onto an equally unsuspecting public.

Here is the fascinating, often touching and amusing story of how Black Sabbath changed the whole damn world…

It was all so easy…

Ozzy Osbourne (vocals): “Looking back, it was meant to happen, I suppose. When I stop and think about it, we did our first album in 12 hours ’cause we were playing the songs live onstage, so it was an easy album to make, really. Saying that, we’d never made an album before, so we just went in and played it. It was kind of like a live album with no audience. You think back to that time – it was all about love, peace and bullshit, you know? I was coming out with some demonic overtones, which was a new angle, I suppose.”

…thanks to the innocence of inexperience

Ozzy: “It was done on the way to get a ferry to Switzerland for a gig. Our manager went, ‘Just stop off at Regent Sound [London], get those songs done.’ We didn’t know any better – we just turned up and played. I’ll fucking tell you what, I wish I could do that now!”

Tony Iommi (guitar): “We were really excited and thrilled to make a record, but we knew absolutely nothing about recording. As far as we’re concerned you’d just walk in, play, and leave. So that’s what we did. It was as simple as that and we never thought anything of it.”

The moment that black magic sparked for the first time…

Geezer Butler (bass): “It wasn’t until Tony came back [from being in Jethro Tull briefly]. Tony was a world-class guitarist, so we all realised we had to come up to his level. We’d get up in the morning, go to Aston community centre at nine o’clock ’til 12 noon every day, trying to write our own stuff. It wasn’t until we wrote [the song] Black Sabbath and played it that same night and the crowd went mental that we realised that was the way to go.”

…and it was all thanks to some timely (possibly) supernatural intervention

Geezer: “Tony came up with that riff, and we sang it. That song was a warning against Satanism. We were talking about it, ’cause he’d brought his bloody Satanic book round to me, and I started seeing these weird things happening. I think subconsciously it was the first thing we sang about.”

Ozzy: “We used to rehearse across the road from a movie theatre, and Tony said one day, ‘Isn’t it weird how people pay money to get scared shitless in a movie theatre? Why don’t we start writing scary music?’ Our vibe kind of came from that, as I remember it.”

Geezer: “That’s where the name Black Sabbath came from. If we’d called ourselves The Nice Blokes or something, nobody would’ve taken any notice of us!”

…and a little something extra

Ozzy: “We were all stoned, in the Hambs [The Star-Club, Hamburg, where Sabbath were the house band]. Bill used to have this long beard, and I looked at him and I said, ‘You know what? You look like a pen nib.’ So we wrote this song and what the song’s about is the Devil falling in love with somebody, and we called this shit N.I.B.. It was never Nativity In Black [like some people assumed] – I would never have known what fucking Nativity In Black meant!”

Not everyone was a fan, mind…

Ozzy: “I remember when I took our first album home to my folks. There was a cross on it and a witch on the front, and we sat round the record player, put it on, and my father said, ‘Son, are you sure you’re just taking the occasional drink?’ I said, ‘Yeah, this is what we’re into!’”

The mystique was double-edged

Tony: “When we first got to America, people didn’t know anything about us because we didn’t do interviews in the early days, to build up some mystique. People were frightened, because they knew nothing about us, they just knew the music. We’d get all sorts of people coming to shows. It sort of opened a can of worms in a lot of places. You don’t know if you’re going to get the Ku Klux Klan coming out or something. We’d get religious freaks outside the gigs quite a lot, parading around with boards saying: ‘These are Satanic’ and all this sort of stuff. It was nerve-wracking.”

But brotherly bonds were formed

Ozzy: “In them days, we did loads of travelling together in a van, all over Europe. They weren’t the greatest gigs ever, but it was [going] out with the lads and not having your parents around, so we had a laugh.”

Tony: “Behind the scenes we were mad, really. We did some really silly things, playing up with each other, joking around… I set Bill on fire. I mean, those were the sort of things we did and it got worse and worse. In the band we had our own sort of humour, but of course, onstage, we were told, ‘Keep a straight face and don’t go messing around!’”

Ozzy: “When we had our first single out, Evil Woman, they were playing it on Radio 1 at fuckin’ six o’clock, and I went, ‘Mum! I’m on the radio!’”

Tony: “We were in shock, because then we heard the album was in the charts. Blimey! We couldn’t believe it. The rest is history.”

Ozzy: “I thought we were just gonna make a record and that would be it. But I remember being in a club in Birmingham, and our manager said, ‘I’ve got some good news for you, Oz: it’s at number at 17 in the charts.’ I was just chuffed to make an album!”

So they celebrated in style

Ozzy: “Before the first advance, I’d never seen anything more than £5, so they gave me £150 and I thought I’d won the fucking lottery. I never ever dreamed of owning that much money. What I did was buy myself a pair of shoes because I had none. I’d walk round barefoot all the time. I’d like to smell nice, too, so I bought some Brut aftershave. Tacky shit, but it’s better than the way I smelled before! If you’ve got nothing in your pocket, and you get 5p, then that’s a step up, right? I said to Bill, ‘Our lives are forever changed for the better.’”

Touring was no-frills but fun

Tony: “I used to drive the van in the early days because I was the only one who could drive then. We had a bloody laugh, I can tell you that, by Christ. Because the van wasn’t exactly tip-top. You had to push it most of the time, but spirits were up and we clowned around, as you would at that age.”

Geezer: “It was mad. We had this big hole in the front passenger side of the van, it was all rusted, so it was all jagged rust around and there were no other seats so we had to sit on our amps and equipment in the back and you had to perch yourself on the front passenger seat. This one time we picked up these two girls and we forgot about the hole in the floor, so they got in and went right through it and ripped their stockings. They went absolutely mental.”

But soon Sabbath were moving up in the world… ish

Geezer: “The first time we got some money instead of having to pay the petrol to get to gigs, we had a car for the first time and we had a roadie that drove the equipment in a separate van. We actually got paid £120 one night, which was the most we’d ever seen, then we found a big lump of hash in the dressing room. So we got £20 and about half an ounce of hash each. That was like our ultimate gig!”

They were halcyon days…

Ozzy: “In my experience, it’s when you get famous and all that bullshit that it becomes more difficult. In those days we were just a bunch of guys, jamming away, having fun. With success comes ego and with ego comes a lot of bad shit. Every band that ever gets success thinks, ‘Oh, I must be special,’ without knowing you do it. Ego, drugs and women have destroyed more bands than any fucking war.”

What advice would Ozzy give to his younger self if he could?

Ozzy: “I wouldn’t give him any advice because life is a journey. I often go, ‘How the fuck did I get a house in Beverley Hills?’ I could’ve been killed, I could’ve died. Put the juice in me and I’d do anything just to make you laugh [back then]. I’d fucking dive through a window. The advice I give to an up-and-coming band is: ‘If you want to be good, practice, practice, practice!’”