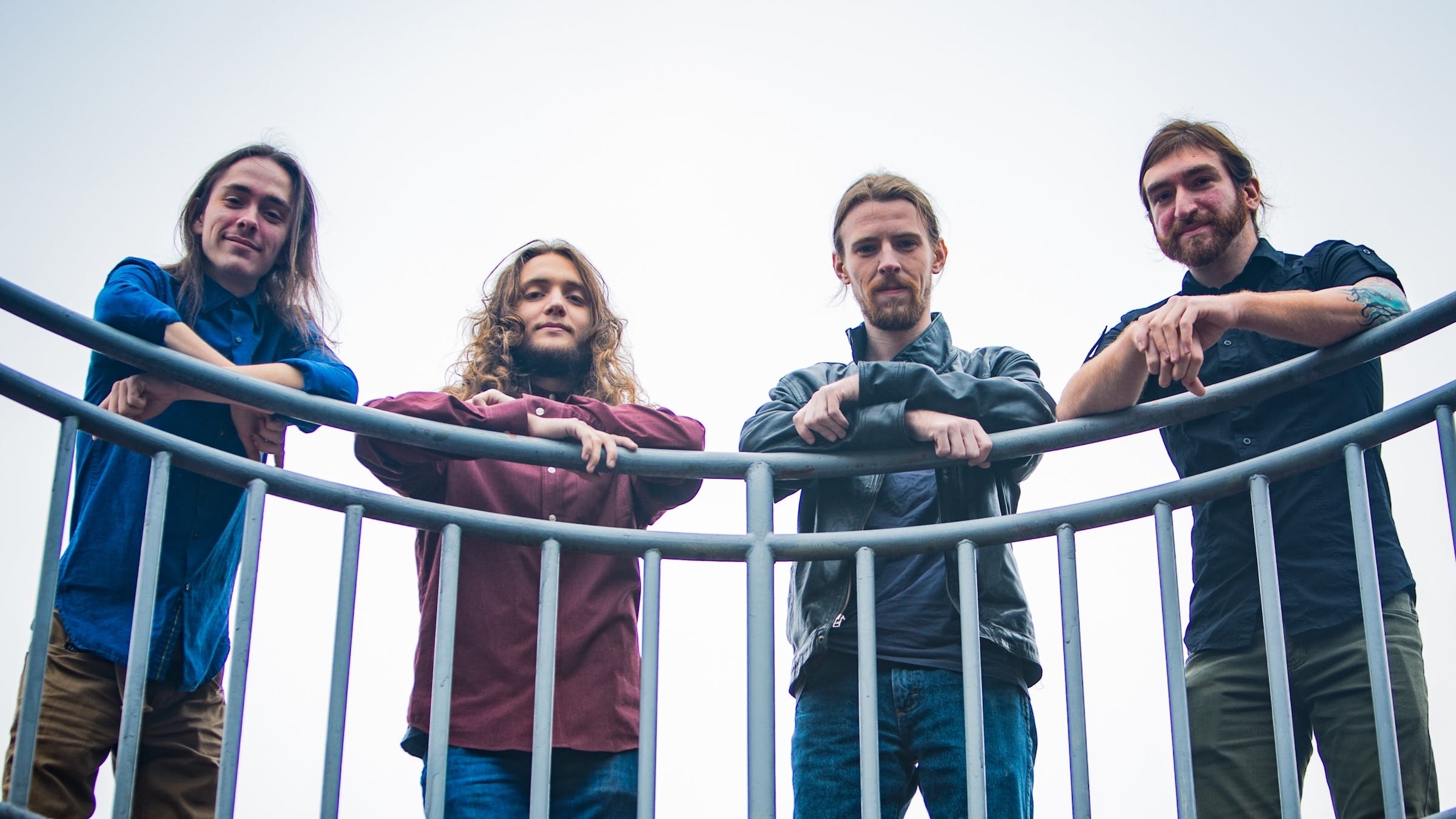 Hear the term "instrumental prog-metal act" and you might jump to conclusions about how long you'll be able to focus on one song -- but hear Anamorph, and you'll be hooked. The North Carolina quartet definitely play a complex, high-flying mixture of prog metal, mathcore, and post rock that overflows with technical chops and often mind-bending song structures. However, their constant momentum and atmosphere of brightness audible in their music keeps the band from sounding self-indulgent or overwrought. It's impossible to be bored listening to this music, because there's always something going on, and it always has an emotional glow behind it.

Interestingly enough, the video for Breakthrough!, the new single from Anamorph's upcoming album Lucid, shows the visual appeal of this approach. Much of the video is just performance shots, focusing on the band's hands as they play through the track. But the sheer technical ability that goes into the song makes watching the process of playing it pretty damn enthralling, and the lack of the sprawling breakdowns often found in prog rock means the viewer feels engaged the entire time. Then, of course, there's the whipping wind that leads to the ridiculous ending -- but we won't spoil that for you.

According to drummer James Agusta, "Working on the Breakthrough! video with Erez [Bader] and Nathan [Knox, cinematographers,] was a blast. We all had to do some pretty weird and goofy stuff to get some of the most memorable shots. From Nathan climbing a tree to get a killer drum angle, Sean playing guitar in the back of a moving pickup truck to nail down some dreamy guitar shots, or all of us having to do some very over-the-top facial expressions and body language for the video’s climax, the entire shoot was a riot. Erez worked his magic and brought out the best in all of us, really getting us in the right mindset to execute the video.”

Check out our exclusive stream of Breakthrough! below:

Anamorph will self-release Lucid on September 6th, but the album is already available for preorder via the band's website and iTunes. They're also on Bandcamp and Spotify.

Make sure to catch Anamorph live at one of the following dates: