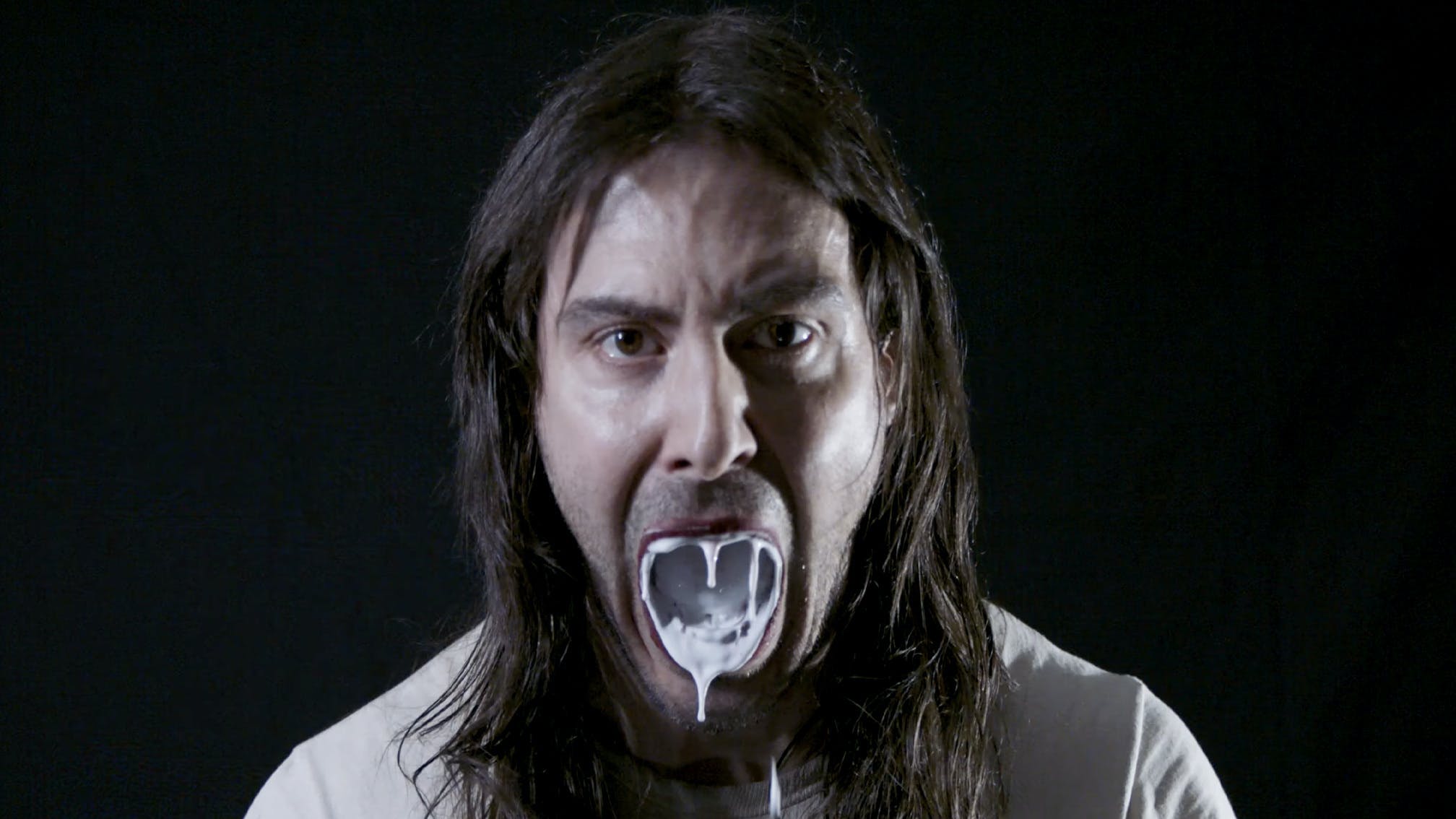 After teasing a return all the way back in October last year, Andrew W.K. is back with a super-metal new single, Babalon.

The track is presumably taken from the musician's upcoming sixth record – the follow-up to 2018’s You’re Not Alone – and comes accompanied by a typically entertaining video. Speaking about the promo, conceptual director, Michael R.C. reveals: "With ‘Babalon we wanted the audience to slink back down Andrew’s tower and storm the gateway to the city of pyramids with him, or someone who looks like him. We had all been working really hard to lay thee gagging monster down, so it would dwell forever in the chasm of frivolous forming. All these images come from there, from where it’s going. That’s where we put Andrew.

Mario Dane, who also worked on Babalon, tells Stereoboard: "We're all very happy about this brand new Babalon song. It’s the result of a great labor, a great restraint, and a lot of great people dreaming. Andrew W.K. has always been focused on making dream feelings come true, and this feels like a high point in that ongoing effort. There’s a lot of great energy and enthusiasm, and it’s only just begun…"

The ultimate party king Andrew W.K. takes a trip to the heart of darkness…

Andrew W.K. has released another heavy metal single, Everybody Sins

Watch the video for Andrew W.K.’s new metal rager Everybody Sins – featuring a brief cameo by his fiancée Kat Dennings.

To celebrate the announcement of his new album God Is Partying, Andrew W.K. has shared his "most intense single yet", I'm In Heaven.