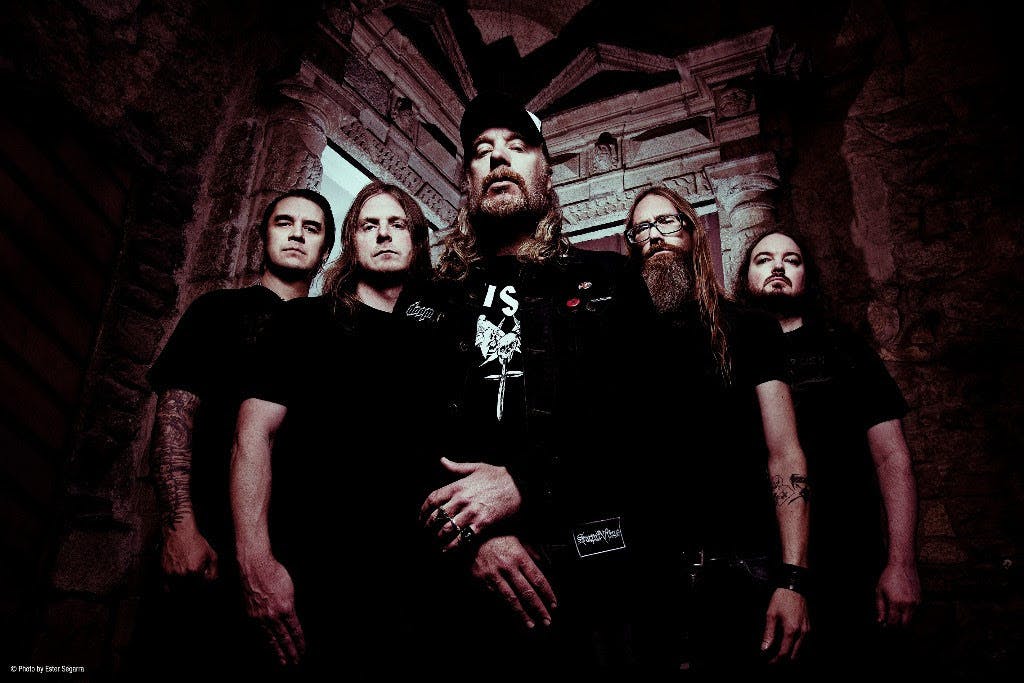 Death metal veterans At The Gates have released a statement confirming the recruitment of a new guitarist, and the announcement of a couple of 2018 live dates.

The band’s founding guitarist Anders Björler departed in March, and now the Swedes have finally found a replacement, in the shape of Jonas Stålhammar.

Says the band on the line-up change, and where they’re at with the writing and recording of their next album, the follow-up to 2014’s well-received At War With Reality:

“We have finally decided on a new guitar player, and we are ready to rip again! Actually he was our first choice, and we are happy to have him on board. Jonas Stålhammar has been a friend since the late 1980s – (singer) Tomas used to tape trade with him back then –  and our paths have crossed many times during our careers.

“We were looking for someone who had the same reference points as we do, someone from the same path, so to say, who understand the greatness of both Autopsy and King Crimson. Of course it was essential that our new member could fill the shoes of Anders, performance-wise as well, but that was never an issue with Jonas. We were looking for someone with a deep understanding of what At The Gates is about, someone who could contribute creatively to the band.

“Jonas Stålhammar will be a full member from day one, and will play on the upcoming full length album, scheduled for recording in November 2017 – January 2018.

“We currently have 11 songs ready for said album, and are more inspired than perhaps ever before. You can expect a full-on At The Gates record with all the classic elements of the band. It is by far the most comprehensive album of the band to date, and will span all the way across the different elements of the band's sound.

At The Gates will play the following shows in 2018 (more to come, obvs):

Listen to At War With Reality, below.