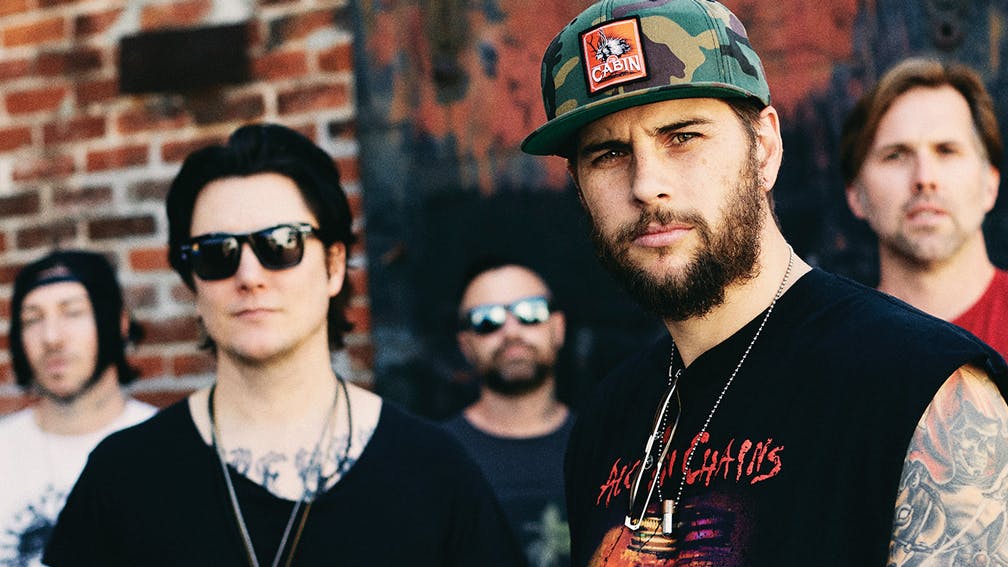 In this week's issue of Kerrang!, we catch up with the mighty Avenged Sevenfold, and find out how progress on M. Shadows' vocal-cord recovery is going, as well as their exciting future plans…

With the frontman still on voice rest, K! dropped him an email to get the lowdown on the metallers' next venture (a very special EP – dropping soon…), and he revealed that it signified the start of their next chapter, rather than a project related to their stunning 2016 album The Stage.

“The EP is the start of a new era," Shadows teases. "I’m not sure what that holds for us yet, but we are excited…”

We also asked if the unfortunate cancellation of Avenged's End Of The World tour (following Shadows' illness) meant that they'd be pushing forward thoughts towards a brand-new record.

“Yeah, I think we will start sooner now," the frontman says. "We really can’t promise anything, because a record won’t come out until we are satisfied with the songs – and with that the time always varies.”

Keep your eyes peeled for more A7X updates very soon – and pick up this week's issue of Kerrang! for our full catch-up with one of metal's greatest voices, along with a shit-load of other good stuff:

In the meantime, let's stick this on: