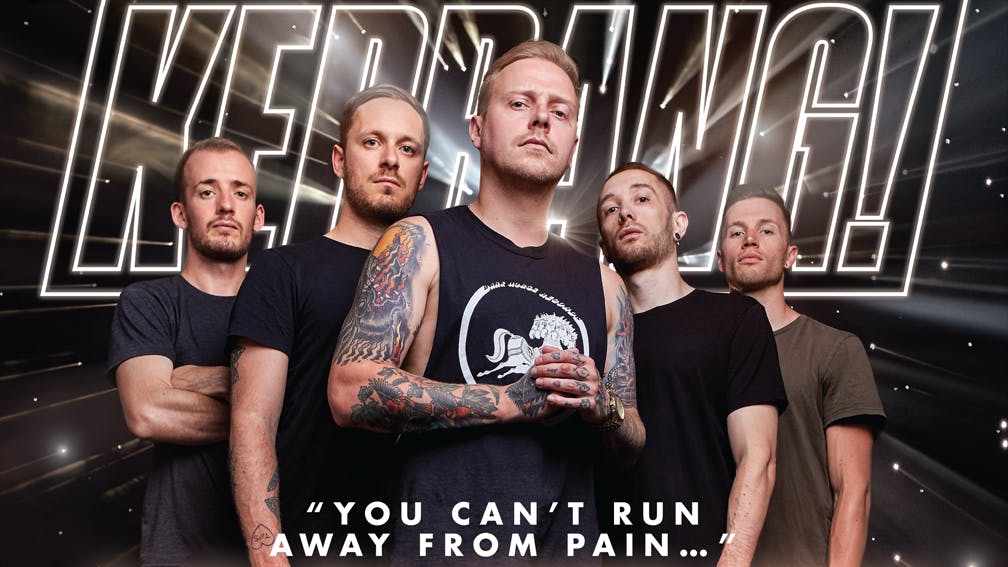 Grief is a force so strong it can consume you whole. It’s a truth that Architects have fought with for the past two years since the loss of Tom Searle. But as they unveil their surprise return, Dan Searle and Sam Carter detail how new album Holy Hell gave them a purpose, and a way out of the dark…

We've also got an exclusive print for your walls of Holy Hell's stunning artwork, courtesy of Dan Hillier.

Elsewhere in the mag this week, Avenged Sevenfold welcome in a brand-new era, Neck Deep take us behind the scenes of their surprising new cover, Jason Aalon Butler of THE FEVER 333 talks us through a whole bunch of amazing tunes, Good Charlotte pop-punk hero (and ridiculously nice guy) Joel Madden reflects on his career and life as a whole, and Halestorm's Lzzy Hale gets vicious on the eve of the band's sold-out return.

In the reviews section, meanwhile, Slash and his Conspirator mates plug in and let rip on the top-hatted Guns N' Roses guitar god's fourth solo album, and Beartooth bite back with their most personal record yet. On the live front, The Used hit the capital for a night of craziness, Twin Atlantic step on up with a spectacular homecoming, and Queens Of The Stone Age bring the thunder Down Under.

There's also a Slipknot poster special, too, featuring five badass shots of Corey Taylor through the years – from their self-titled debut to .5: The Gray Chapter.

The new issue of Kerrang! is available anywhere in the world when you order online through Newsstand. But for UK residents, it hits the shops on Wednesday, September 12 from all good newsagents.