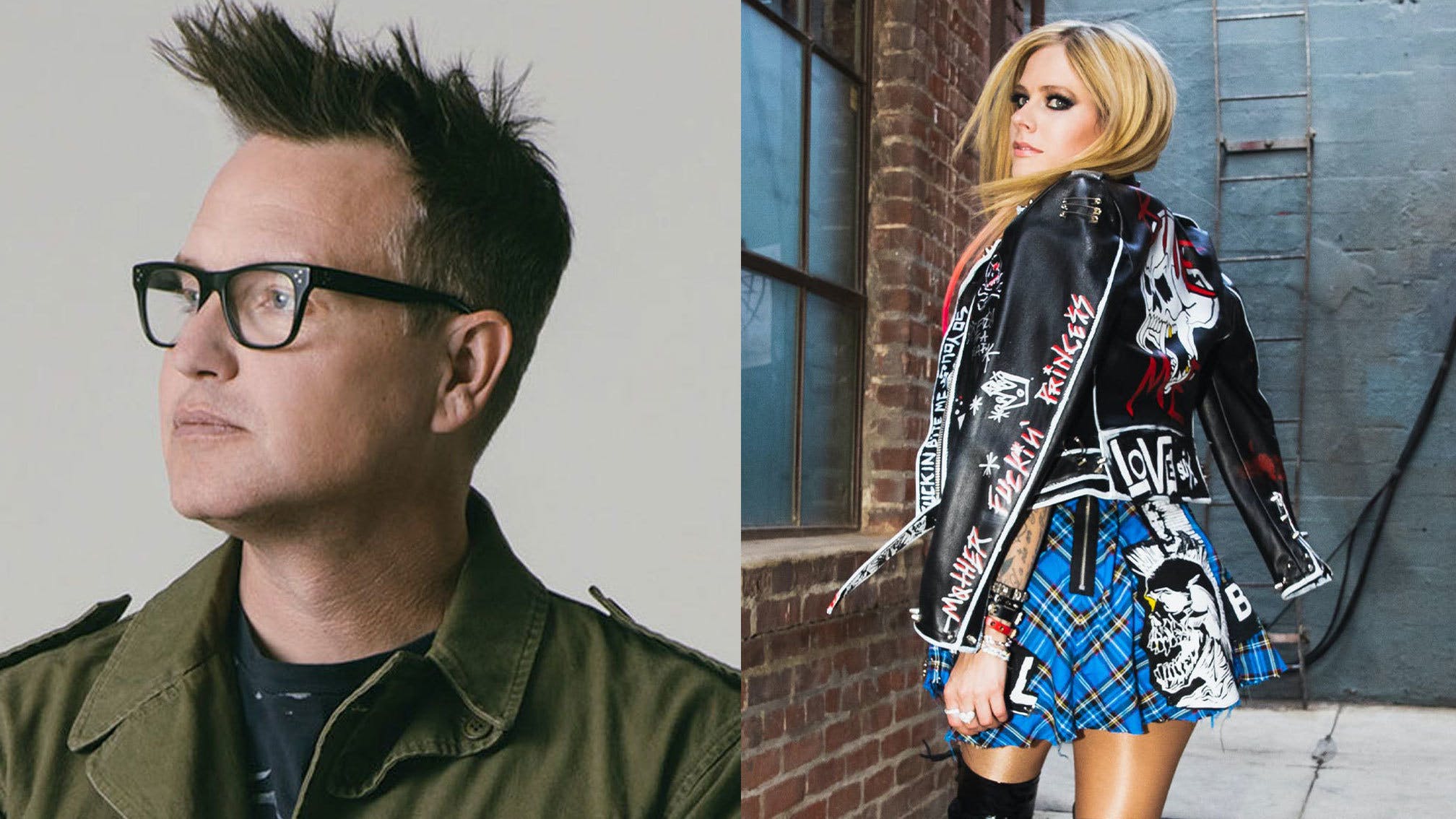 With Avril Lavigne revealing that, as well as Travis Barker, she worked with fellow blink-182 legend Mark Hoppus on her upcoming album Love Sux (specifically on the song All I Wanted), the two chatted on Mark's After School Radio show on Apple Music Hits this week.

"I was really excited to work with you," Avril tells the pop-punk titan. "I mean, to be honest, you're one of my favourite artists. [1997 and 1999 blink albums] Dude Ranch and Enema Of The State… those were the records I was listening to in high school and as a teenager and I feel like they were really impactful on me as I was coming into my own musical identity.

"So when I had the opportunity to work with you, which was over Zoom, which was different," she continues. "I mean, I was so excited and I was really impressed with how efficient you are in the studio. You write, you record yourself, you can engineer, you sing, you're playing, and so having you on the album is a huge honour for me. So I'm really excited about our collaboration."

And it's not just that song Avril is thrilled about: she's stoked on the entire record, and the return to her more pop-punk roots.

"The album's got a pop punk vibe all the way through and I feel like this is a type of album I've wanted to make for a long time," she tells Mark. "My last album was very introspective and deep and this one is just rocking all the way through. And I'm really excited to take this out and play these songs live… I feel this is my most alternative record sonically. There was a period where it was, on my first album, it was like, 'Okay, I want to rock out. I want guitars. I want to sound like a band. I want drums.' At the time, it was bubblegum music. Super pop music was in so I had to fight for that. But then a few albums in, people were like, 'Radio just don't play songs with guitars and live drums.' I had to evolve, but things had to dial back a bit. Not that I wanted to do that, but I did.

"And so, with this album, I just wanted to not hold back at all and just guitars, drums, just go for it."