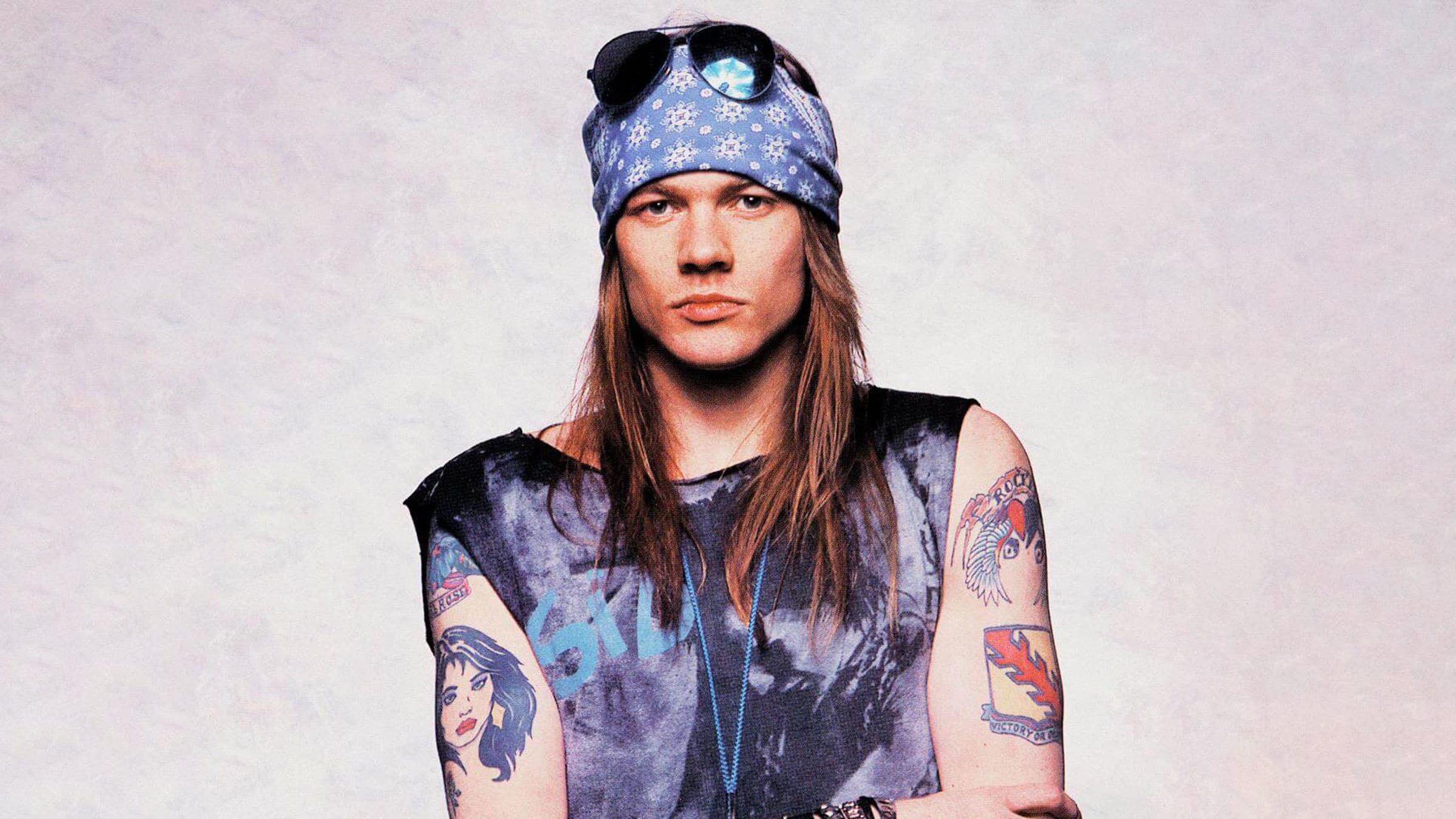 Axl Rose is known for many things – some more NSFW than others. But whatever your opinion of the man may be, no-one can deny his contributions to rock music as one of the greatest frontmen to ever live. His talents as a provocateur and singer for Guns N' Roses have influenced generations, and will continue to impact generations to come. So we thought we’d take a stab at rounding up his seven greatest musical achievements, listed in chronological order below. Selecting only seven was no easy task – but we had to start somewhere, didn’t we?

Surely this list wouldn’t even exist if Axl hadn’t formed GN’R in the first place. Rhythm guitarist Izzy Stradlin and Axl created Guns N’ Roses in 1985 when fusing with L.A. Guns, absorbing lead guitarist Tracii Guns, bassist Ole Beich, and drummer Rob Gardner. Of course, bassist Duff McKagan would soon replace Ole, and the band's 'classic' line-up would be finalised just a few months later when Steven Adler and Slash would step in for the remaining L.A. Guns members. A subsequent west coast tour (dubbed the Hell Tour) would test these members’ devotion, and solidify the line-up for good.

There is arguably no more iconic song in the Guns N’ Roses discography than Welcome To The Jungle, which has been appropriated by every possible pop culture medium, from movies (see: Lean on Me) to video games (see: Guitar Hero). But much of its success is owed to the strength of the song’s vocals, contributed by a wailing, screeching, growling, moaning Axl, who delivers one of the most memorable rock vocal performances ever recorded. And of course, who could ever forget the track’s eerie warning: 'You know where you are? You're in the jungle baby; you're gonna die!'

During the recording of Appetite For Destruction, Axl decided that the bridge in the song Rocket Queen needed a little something extra: his own sex sounds. He convinced a woman named Adriana Smith – who, by the way, was drummer Steven Adler’s girlfriend – to come into the studio and have sex with him in the sound booth. She said she’d do it “for the band… and a bottle of Jack Daniel’s”. Sounds like a good deal all around to us. Listen below… the sex sounds start at 2:15. We did the research.

November Rain, by most accounts, is GN’R’s epic masterpiece. The nine-plus minute song from Use Your Illusion I was penned by Axl – as was the treatment for the music video, which then became the first ’80s promo in rock music to reach one billion views on YouTube. Good thing, too – the vid is notoriously known as one of the most expensive ever, estimated to have cost over $1,500,000. How much of that was spent on wind machines, we’ll never know…

Guns N’ Roses began writing music for Chinese Democracy in 1994. There were so many problems with drugs, band-bickering, and over-perfectionism that almost nothing got done. According to official documents, the record label Geffen finally told Axl they’d give him $1 million if he could get the record done by 1998. However, he missed the deadline by 10 years: it finally came out on November 23, 2008.

In 2016, it was announced that AC/DC vocalist Brian Johnson would have to quit touring due to hearing problems and Axl Rose stepped in as his replacement for the rest of their Rock Or Bust Tour. There were a few reports at the time that Angus Young would continue the band with Axl as the official singer, but after that initial stint, Brian returned and 'DC released their 17th album Power Up in 2020.

In November 2018, Axl Rose caught wind of the fact that Donald Trump was blasting Sweet Child O’ Mine at political rallies in the U.S. as a way to rile up his crowds. So he took to Twitter to let the world know of his thoughts: “Just so ya know… GN’R like a lot of artists opposed to the unauthorised use of their music at political events has formally requested r music not b used at Trump rallies or Trump associated events. Unfortunately the Trump campaign is using loopholes in the various venues’ blanket performance licenses which were not intended for such craven political purposes, without the songwriters’ consent. Can u say 'shitbags?!’” He later added that he thought it was pretty funny that a bunch of Trump supporters were unwittingly listening to anti-Trump music.