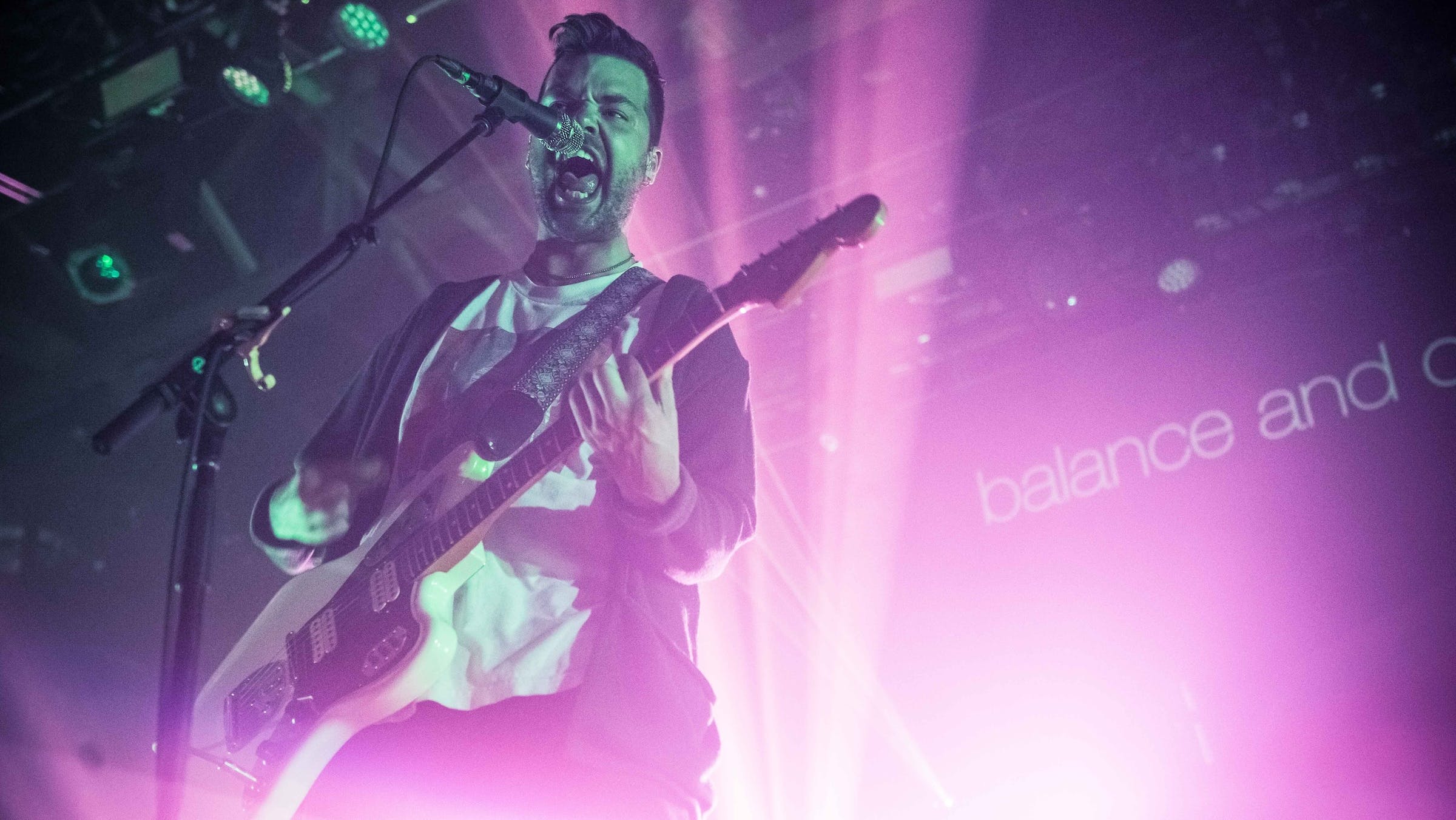 The Fillmore in Philadelphia is packed with so many nostalgic emos and goths of all sizes that it looks like a Hot Topic ad incarnate. In between sets, the smoking section feels more populated than the venue, overflowing with fans clad in black band T-shirts and leather, leading security to continually add more barriers to hold in all the miscreants. Some fans ditch their smoke break to indulge in openers Queen of Jeans and Superheaven, but the fenced area doesn’t fully empty out until Balance And Composure go on -- understandable, given that it's their second-to-last show ever.

Queen of Jeans are always a terrific addition to this sort of line-up, having toured with Balance And Composure quite a few times in the past. Their dreamy harmonies and spooky vocals bounce around the room, creating an all-encompassing atmosphere that gives the devoted listener goosebumps. Unfortunately, most of tonight’s concertgoers are leaning on the bar or yet to arrive during Queen Of Jeans's set, so their grace is only appreciated by a small but rapt portion of the evening's crowd.

For a band that’s only coming “out of retirement,” as Balance And Composure frontman Jon Simmons later puts it, Superheaven seem to enjoy playing a whole lot, and they haven’t forgotten how. Their music, somewhere between grunge and prog-rock, engulfs the room, and though guitarist and vocalist Taylor Madison noticeably misses a few chords, he's quick to assure the crowd with witty confidence, “I got it! Fuckin’ relax!” All of the band’s riffs are as razor-sharp as ever, but It isn’t until the last song, Life In A Jar, that push comes to shove, and a pit full of zealous fans swallows the crowd. Crowd surfers still flail awkwardly overhead as Superheaven walk off for what may or may not be the last time ever.

Balance And Composure emerge onstage to sirens that fade into When I Come Undone. Immediately, the room becomes hypnotized by the crashing, dynamic landscapes of the band’s hardcore-meets-shoegaze sound. Though the opening tracks have a distinct and cohesive rhythm, the fans react with tumult that’s completely off-beat and a little premature; the energy makes more sense when the band delves into songs like Quake and Fade. Frontman Jon Simmons thrashes on stage as if he were one of the teenagers in the pit, and in between songs he mourns in a choked-up voice, “I don’t think any of us will ever get over this," and admits, "I'm trying not to cry right now."

Toward the end of the night, the insanity turns to undulation as the autotuned ambiance of Light We Made takes over. That said, fan-favorite encores like Tiny Raindrop and Notice Me throw the crowd into a total frenzy. The audience lingers after the last screams echo through the Fillmore, as if waiting for something more. Eventually, fans trudge out with their newly-bought vinyl and hoodies, satisfied with the show but dejected about the fate of one of the few bands who could put on a night like this.