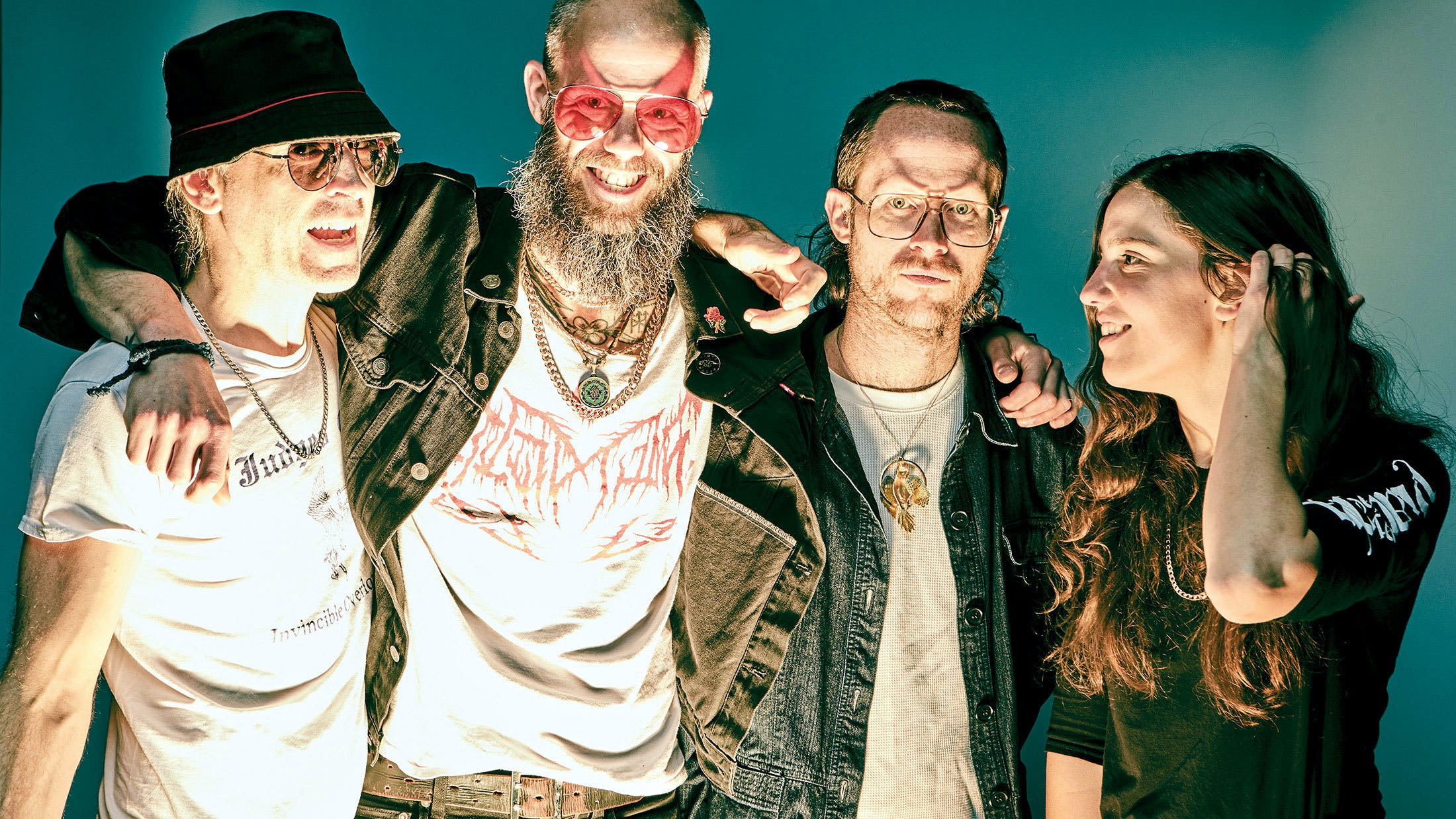 Tonight – September 10 – Baroness will be performing their 5K-rated Gold & Grey album in full for the very first time on a special livestream event. Released in June last year, the world was a very different place, but the band didn't get to tour the record as much as they'd hoped, so this will be a unique experience for fans and band alike. Ahead of the action, we caught up with guitarist Gina Gleason to talk about the record, what we can expect from the stream, and what the band have been up to in lockdown...

Gina, you’re doing a special Gold & Grey livestream. Excited?
“It’s cool, and it’s a different experience. It feels good to be getting back together and doing something. It’s been great doing all the preparation because we’ve revisited Gold & Grey, which we’ll be doing in its entirety from front to back.”

This will be the first time you've performed Gold & Grey in its entirety. Is it cool to be revisiting it in this way for the stream?
“Revisiting the album was cool. It was nice to be able to look back on what we just did and find a new voice for that in a live setting. We had a fun time. We haven’t toured it as much as we would if we’d been able to, so it seemed like a nice setting to sort of dive in and celebrate the album with all the interludes and weird avant-garde moments and intimate, quiet moments. I think not being able to tour sort of motivated this idea, like, ‘Let’s give it a go, front to back.’”

Have you been watching any other livestreams?
“I didn’t see it, but the pictures from the Behemoth one looked insane! It looked awesome. Code Orange did one really early on that was fucking sick. It’s really hard to keep your energy up and give a genuine, heartfelt performance where you’re not thinking, ‘Am I performing for a camera? What am I doing?’ But they had a lot of energy and cool visuals and stuff and it was fucking awesome. Everyone’s doing their best and trying to be creative and make it work and be creative and make it their own.”

How have you approached yours?
“Baroness is rooted in this really kind of DIY mentality, so that’s how we approached this – the four of us and our sound guy. It wasn’t a whole production with a big crew. So in between songs, I was doing lighting. I had to learn how to run lights so I could do it while we were playing. But now when we’re practicing, I’m not focusing on what I’m playing, I’m looking at lights going, ‘Hmm, this is too dark…’”

Have you been working on anything else during lockdown?
“In lieu of touring, we’ve just been working on new music. Everybody kind of hunkered down and worked really hard on trying to come up with new material and new ideas. I feel really lucky to play with Nick, Seb and John, because we all are able to hold each other accountable and motivate each other to keep working, even though this year has been so fucking weird! So we’ll all work on stuff during the week, and then every Friday be like, ‘Put what you’ve been working on in a Dropbox, and we’ll all hang out on Zoom and talk about it.’ It’s created this really judgement free zone where it’s like, ‘Whatever you’ve worked on, it’s cool’. It’s nice to have that camaraderie.”

Even when they're not together, Baroness are still the absolute best.