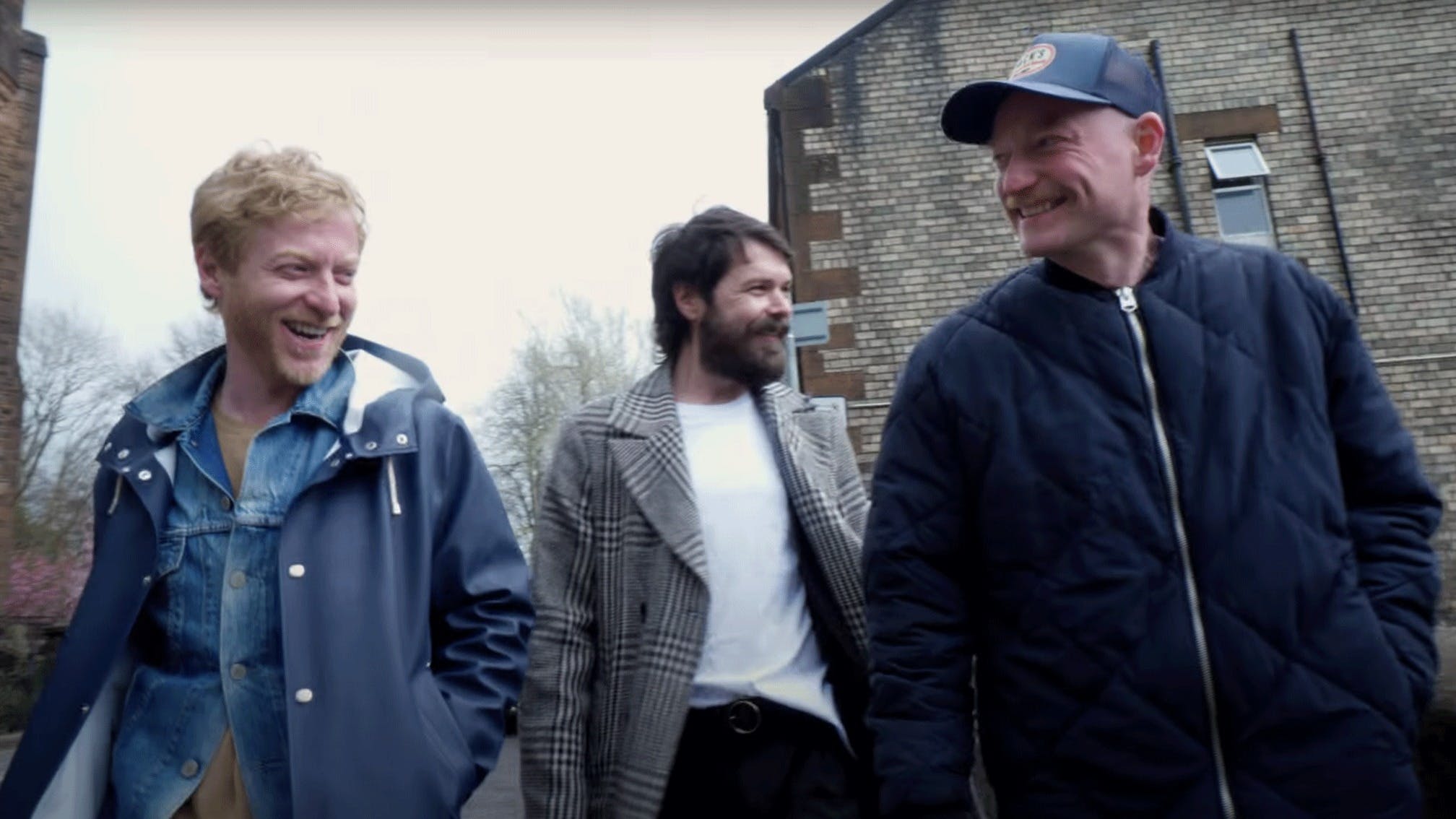 After releasing one of the best albums of 2021, Biffy Clyro are set to give fans an unprecedented look into the making of The Myth Of The Happily Ever After via new documentary film Cultural Sons Of Scotland.

Due out via Amazon Music Unlimited and Prime Video from February 25, the film captures the trio on a working Ayrshire farm as they process the pandemic and get to work on album number nine.

"In the same part of the world as I wrote my very first song is where we’re making this record, and there’s something really pure about that," says frontman Simon Neil, while drummer Ben Johnston agrees: "We don’t need all the bells and whistles for us to be fulfilled and happy, we just need the three of us to be making music together and have that vibe in a room – and that’s what keeps our hearts beating."

"Everyone should join a band," continues bassist James Johnston. "If you get a chance to go join a band with your brothers or your sisters, or people you consider to be a brother or a sister, that’s probably the best years you’ll ever have in your life."

Watch the trailer for Biffy Clyro: Cultural Sons Of Scotland below: