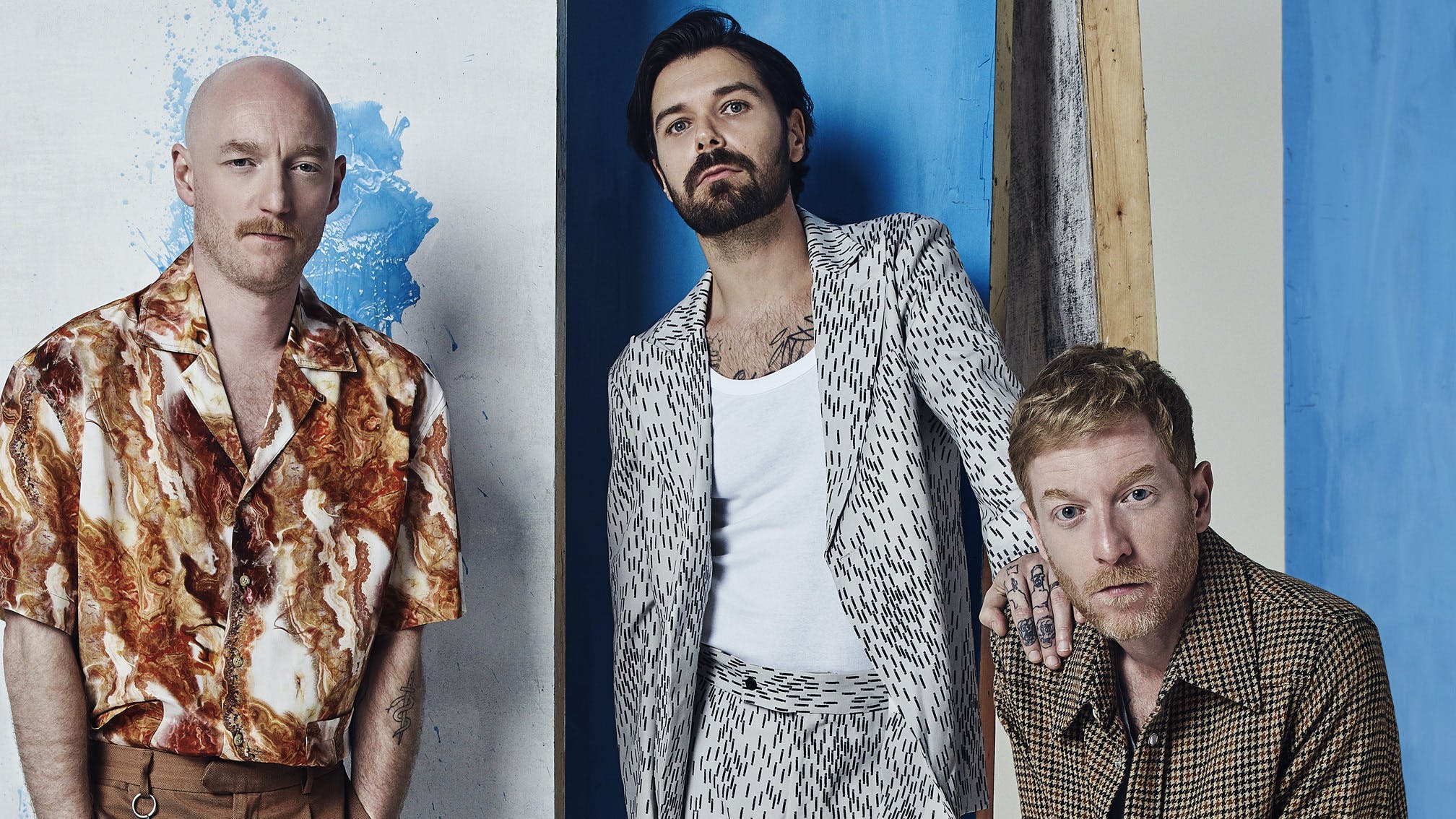 Biffy Clyro have announced that their brand-new album will be called A Celebration Of Endings.

Revealing the news by getting fans involved on Instagram, the Scottish trio asked their loyal followers to screenshot a moving image of the cover to complete the artwork themselves, while also offering up the chance to win a meet and greet with them for doing so successfully. Pretty cool, right?

Discussing A Celebration Of Endings with Kerrang! recently, frontman Simon Neil introduced album number nine (which doesn't yet have a release date) by saying:

“Well, it’s Biffy 2020, motherfuckers! This is a record that only our band could make, I think. After doing the Unplugged album, we realised we weren’t at that stage yet as a band. We loved doing the Unplugged tour, but I think if anything it made us fall in love with noise again.”

The vocalist and guitarist explained that last year's excellent Balance, Not Symmetry soundtrack album helped give them a newfound sense of creative freedom.

“After releasing Balance, Not Symmetry last year, we felt responsibility leave us,” Simon continued. “We went back to work with [Ellipsis producer] Rich Costey for a second time, and things became easier there – your communication becomes a lot more unsaid the more you work with someone. I compare Ellipsis to Blackened Sky and Puzzle, which were the first records we made with those producers [Chris Sheldon and Garth ‘GGGarth’ Richardson] – they’re quite clean records, and you can hear that we’re still feeling each other out. This record feels in line with [2003’s] The Vertigo Of Bliss and Only Revolutions [the second albums from each of the preceding trilogies] – what we’re trying to achieve with this series is beginning to take shape and blossom. We felt fearless, and it’s nice to feel like we’re finding our own way.

“And also, fucking rock music is brilliant. Standing in a room making a shit-ton of noise with your buddies? Nothing beats it, and I think that’s what we’ve rediscovered.”