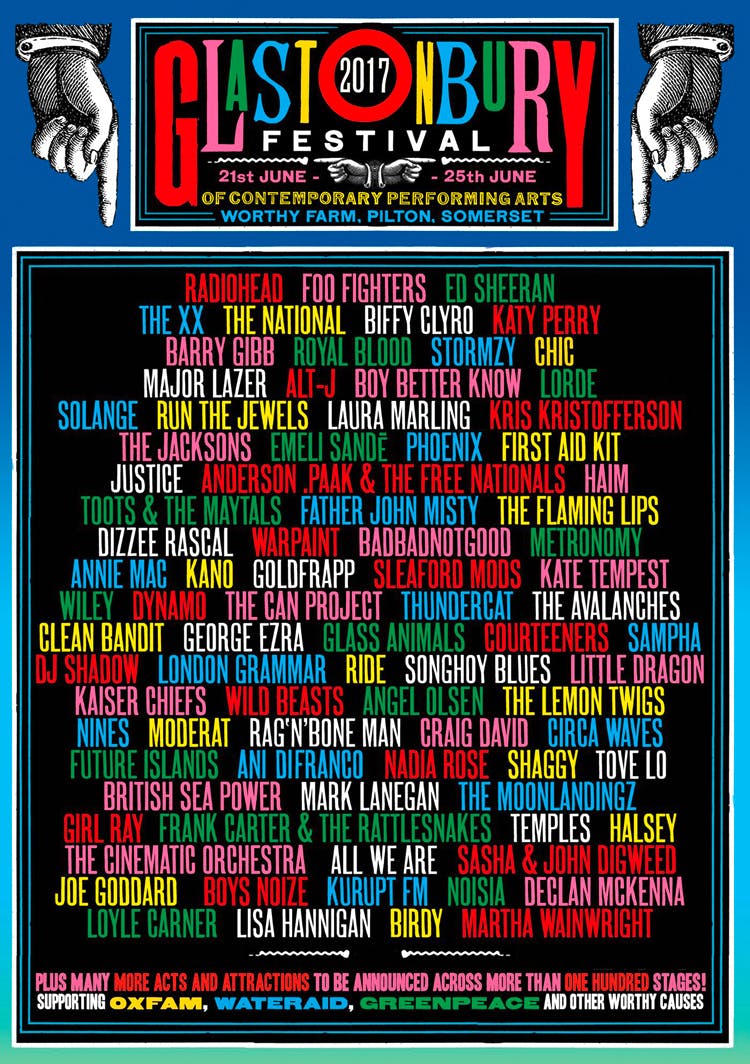 Biffy Clyro, Royal Blood, Frank Carter & The Rattlesnakes and Circa Waves have all been announced for Glastonbury.

Following on from Foo Fighters’ incredible tiny gig to coincide with their news that they were headlining the 2017 bash, a ton more bands have been added to the bill. Check it out below, and let us know what you think in the comments!

For more info, head on over to Glastonburyfestivals.co.uk.