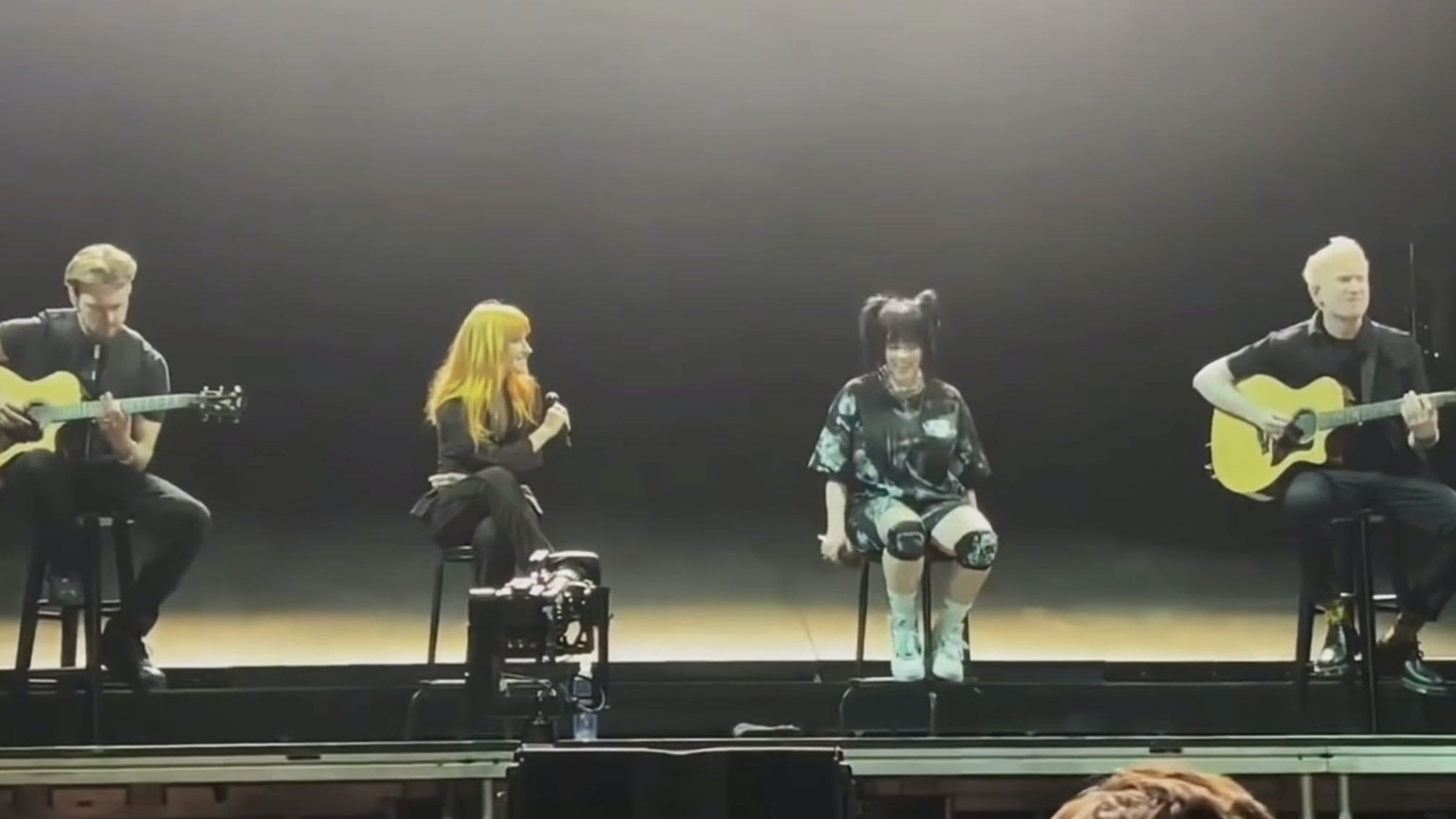 Over the weekend Hayley Williams hit Coachella for the first time – and not only was it special for that reason alone, but it was made all the cooler by the fact she was brought out as a special guest by the one and only Billie Eilish.

The two stars performed a pair of songs to mark their first (and hopefully not last) onstage performance together: Billie's Happier Than Ever, and an acoustic rendition of Paramore's Misery Business – which had previously been retired since 2018.

Hayley's appearance at Coachella follows the January news that Paramore have been in the studio working on a new album. Speaking to Rolling Stone, the singer teased of how things were going: "We wrote and tracked something we loved and it actually surprised us. We kept joking it was all downhill from that point, but thank God we’ve been surprised a lot throughout this whole thing. I’m always waiting for the moment for us to know we’re onto something new and we’re not just rehashing the same shit. It was Ain’t It Fun for our self-titled record, and Hard Times or Told You So for After Laughter.

"It’s not about it feeling like a hit so much as it’s a scary, exciting feeling that you’re treading uncharted waters. It keeps you curious. We got to feel that feeling early on this time."

Hayley added: "Our output has always been all over the place and with this project, it’s not that different. We’re still in the thick of it but some things have remained consistent from the start. 1) More emphasis back on the guitar, and 2) Zac should go as Animal as he wants with drum takes."

Until we hear more about that, watch Hayley and Billie at Coachella on repeat: