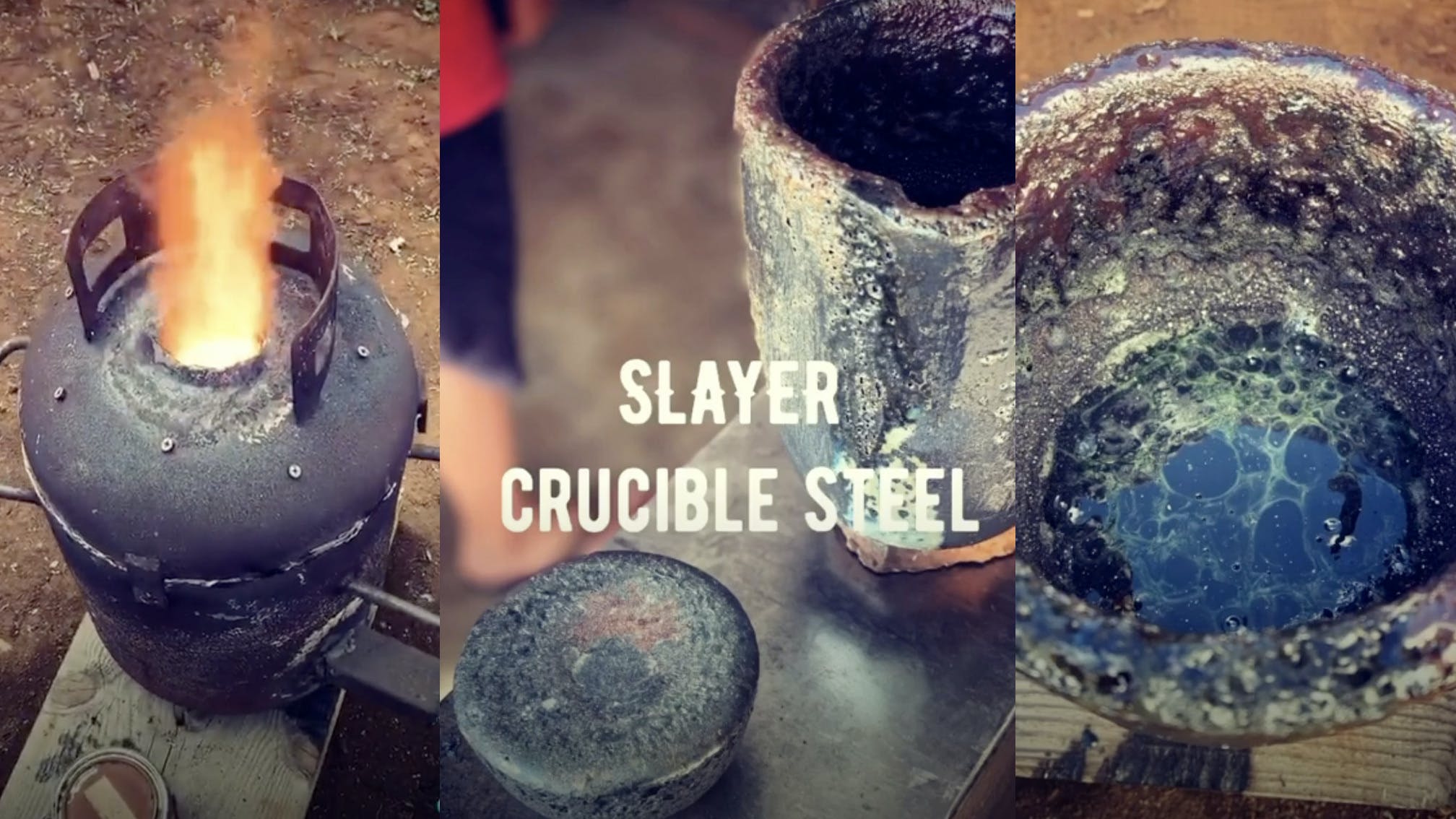 Rather than stashing away any keepsakes from Slayer's final UK tour in 2019, bladesmith Neil Kamimura – with the help of Peter Bert – has created one of the coolest and, well, most metal souvenirs ever to remember the thrash legends: a knife made from Gary Holt's melted-down guitar strings.

Not only is the whole process undeniably awesome to see in its own right, a TikTok video uploaded by Neil shows that, while the knife was in progress, a skull seemingly appeared in the molten metal before it was forged… you know, just to make things extra badass (via Loudwire).

The guys have quite the collection of Gary's strings, too, showing early in the clip packs from shows in New York, California and everywhere in-between. Then, the strings are melted down in a crucible (don't try this at home, folks)… before the spooky skull surfaces right at the end. Oh yeah, and the whole thing is soundtracked by Slayer, which makes it even better.

So, fulfil your metal quota today with the video below: