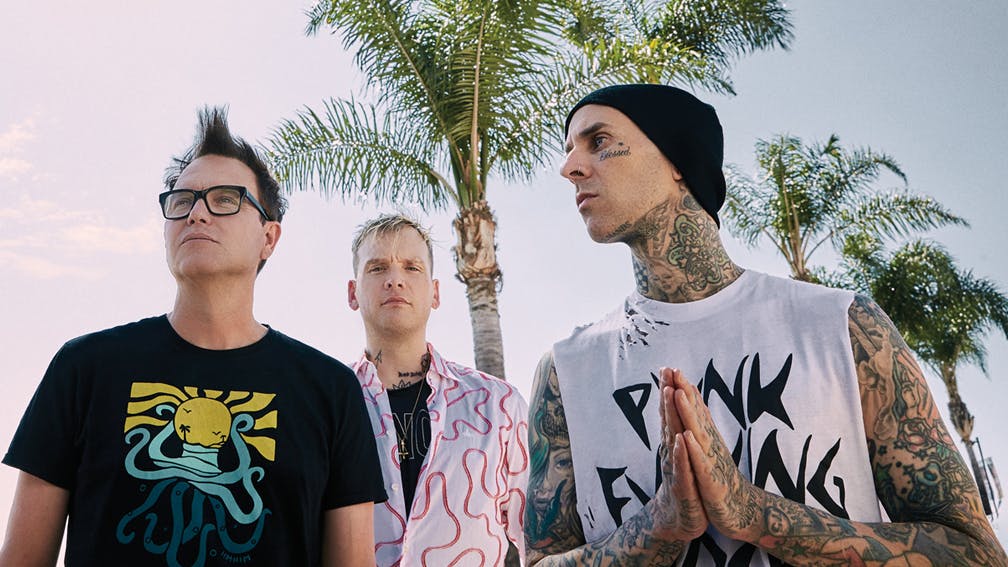 Fresh from the release of iDKHOW's surprise Christmas EP, it looks like blink-182 are the next band in line to embrace the festive spirit.

In a new video with Hannah Stocking for Shots Studios, drummer Travis Barker and his daughter Alabama play Jenga (fun fact: it's a game Travis has somehow never played before) while answering questions, and the sticksman reveals when asked what music he's been listening to recently: "This Christmas song that I just made with my band blink-182." Whoa!

Cue the lyrics, 'It's Christmas Eve and I've only wrapped two fuckin' presents…' not leaving our heads for the foreseeable future now. Stay tuned to Kerrang.com for more news on blink-182's Christmas effort.

Read this next: "Travis Barker – I looked death in the face and survived"

In a new interview with Kerrang!, Travis spoke of his life and career at length. Discussing the pop-punks' reunion and how it affected him, the drummer said: “I had already accepted that it was over, so when it did come back and we did a reunion tour, that was cool. It was fun to be around Tom [DeLonge, former frontman] again, and it was fun to be around Mark again, but I could always kind of feel the vibe that Tom really liked doing his own thing – probably even more so than blink. Whereas I always kept it as a priority, even if I was on tour with Wayne or if I was working with whoever, whatever rapper, whenever I was doing Transplants, whatever people would see me doing. Whenever blink came around, it was always my priority. Tom – and I love him to death – but I felt blink was no longer the priority for him. It was like, ‘Oh, let’s do this reunion tour, but I really want to get back to doing my own thing.’ And I respected that in some ways, and I guess I could see Tom’s focus was somewhere else. Then eventually I felt like I had even more respect for him because he was like, ‘Look, I don’t want to actually do this anymore, and I want to go do this, this and this.’ For him to walk away from such a big monster, a big machine like that, I have nothing but respect.”