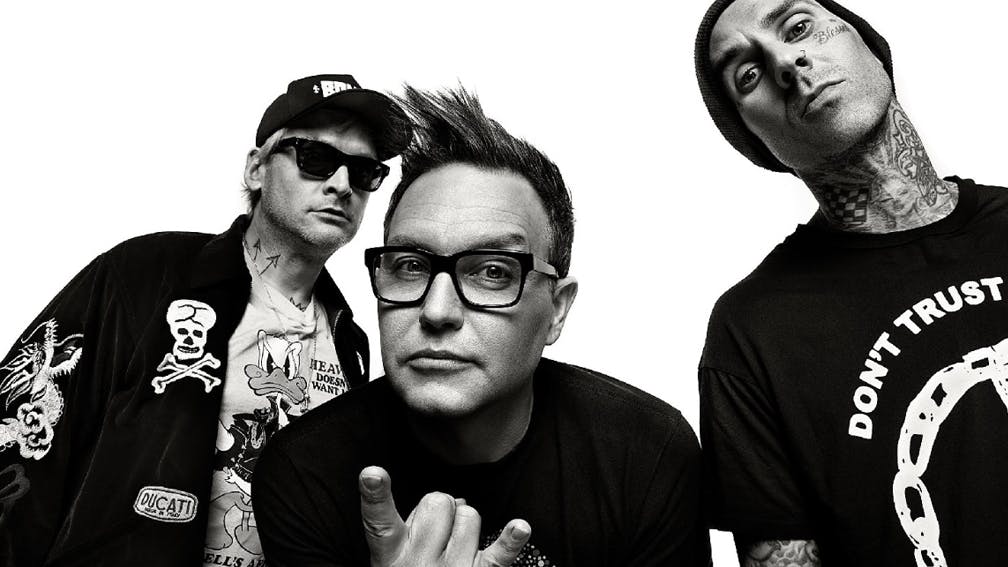 blink-182 have launched a new merchandise line to raise money for the Australian bushfire relief effort.

The new T-shirt and raglan (priced at £25 and £30) feature blink-182's iconic rabbit dressed as a firefighter, holding an Australian flag and carrying a koala. Order your shirt here.

"Since the season began in 2019, an estimated 480 million mammals, birds and reptiles have been killed and nearly 1 billion animals will be impacted as the bush fires continue to burn," reads a statement on the blink-182 store.

"With your help, we want to support Australia Zoo in their efforts to care for the animals that are suffering from the devastation caused by the fires."

All profits from the merch sales will go to Australia Zoo in Queensland, who are treating the thousands of animals who have been injured and displaced by the bushfires.

"Australia is being ravaged by deadly fires, and we just feel so helpless," tweeted blink-182.

"We put out a new merch line + donating all proceeds to charity. Let's do our part to make sure everyone, the environment, plus all of these kangaroos & koala bears are safe."

blink-182 are just one of the many bands doing good things to raise money for the relief effort.

Alice Cooper and Queen have joined the line-up of Fire Fight Australia, a Live Aid-style stadium show raising money for various charities, while Parkway Drive donated $50,000 and set up a GoFundMe page for fans to pledge.

Metallica also donated $750,000 to fire services in Victoria and Fit For An Autopsy raised over $6,000 from the sales of merch. When The Ghost Inside were in Australia for UNIFY Gathering, they held a special fan fundraiser.