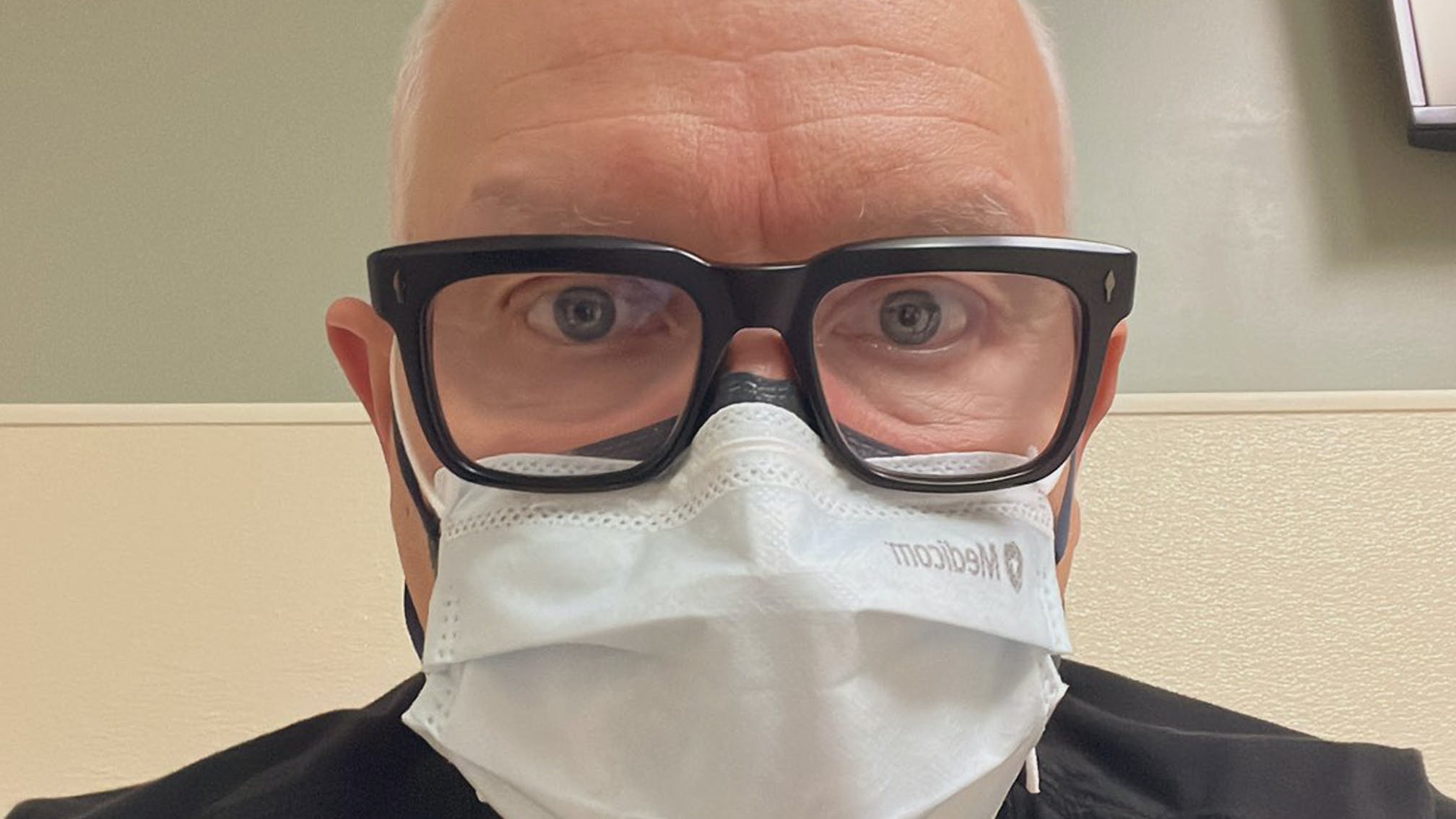 Following last month's absolutely wonderful news that Mark Hoppus is now "cancer free", the blink-182 legend has been keeping fans updated about his recovery, sharing that he had to undergo surgery to have his chemotherapy port removed.

As described by the NHS, this port is "a small device inserted under your skin that's kept in place until your treatment course finishes; medicine is given using a needle inserted into the device through the skin", and with Mark having finished his treatment, he no longer needs it.

He did say in September, however, that he would "still have to get scanned every six months", and that it will "take me until the end of the year to get back to normal".

As well as posting a selfie while waiting for this removal surgery, Mark took to his Instagram stories to share some photos of the process, with the port pictured both in and out of his arm.

Detailing his journey as a whole, the 49-year-old revealed in August that he'd messaged his doctor in April regarding a lump.

"Hi Jill," read the text. "For the past couple days I’ve had this dull sore lump in my shoulder kind of right where it connects to my neck that could either be fatal lymphoma or a sore muscle. At what point should I be concerned and have it looked at?"

The doctor said Mark should be seen immediately, with him then publicly announcing his cancer diagnosis in June. He finished treatment in early September, and then announced that he was cancer free on September 29.

See Mark's before, during and after photos of his recent surgery on his stories:

Rest up, Mark, and best of luck with your continued recovery!