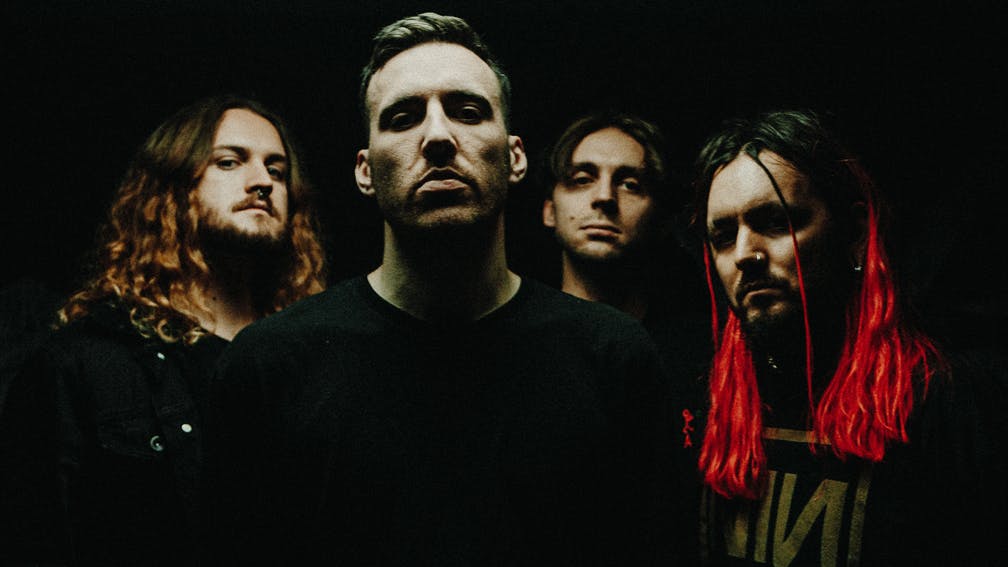 Ahead of their appearance at Slam Dunk in September, Harrogate hardcore quartet Blood Youth have dropped a killer new track, Iron Lung. Though it was written before the pandemic hit, its themes of getting through dark times and finding hope in the darkest places are oddly prescient.

"We wrote Iron Lung just before the impacts of the pandemic swept across the globe, and looking back it couldn’t have been more fitting if we tried,” says singer Kaya Tarsus. “The song centres around having someone or something to get us through each day; 'Will you breathe for me? Will you bleed for me?' We all have our own shit going on in life, and at the end of the day you’re the only person that can help yourself through it. In the video, we see this masked figure, living in his own hell and doing what he can to survive. He creates something to worship and hold on to through the darkest times."

As well as the single, the band have announced a UK tour for later in September with Death Blooms in support. Purposefully taking in smaller venues than normal, it’s a deliberate move to make the band’s return to touring after over a year of no gigs as raucous as possible.

"We've always wanted to do a tour like this where it's just stripped down, up close and personal with no bullshit in between,” says guitarist Chris Pritchard.

“Whenever we've tried to do something like this in the past, other tours and opportunities have gotten in the way but this time it's happening. It feels more perfect than ever to have this be our first tour back after being away from fans for nearly two years now, to bring them back and closer than ever straight out the gate. We're super excited to hit these towns and cities, most for the first time ever, with new songs, new visuals and a new skin – we can't wait to share that experience with you all."

Catch Blood Youth live at one of the dates below.

The Harrogate hardcore outfit have also cancelled all their remaining gigs