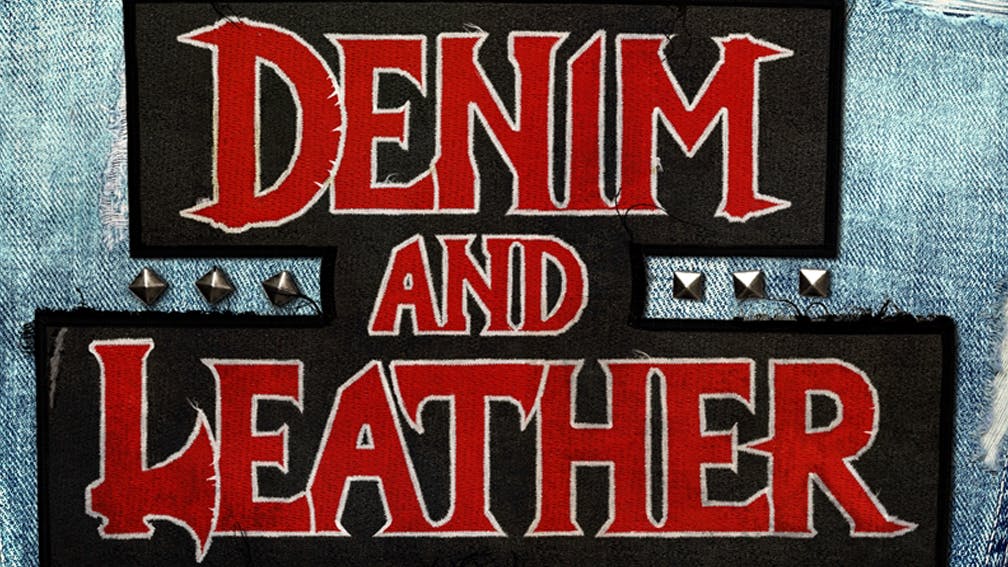 As author and music journalist Michael Hann states in the very first line of the entertaining and informative oral history Denim And Leather, "The New Wave Of British Heavy Metal was both a real thing and a confection."

It was a real thing in the sense that at the turn of the 1980s bands from up and across the country reanimated a moribund domestic metal scene using the kind of energy and do-it-your-damn-self ethos that owed more to punk than it did to long-in-the-tooth stagers such as Deep Purple. It was a confection because the clumsy acronym NWOBHM was a media creation that lassoed together groups who otherwise had little but working class derring-do in common. But however cheap and clumsy much of this uneasy alliance may have been, in Iron Maiden and Def Leppard the movement created a pair of enduring global superstars. In Venom and Diamond Head, it supplied two of the most influential acts in the history of very loud music.

In an extraordinary feat of structural engineering, Denim And Leather corrals the contributions of more than a 100 interviewees into a cohesive story of a movement that was at best disunified, and at worst opaque. The book is often funny, and even ribald. But the poignant truth about the New Wave Of British Heavy Metal is that its relevance became apparent only after the scene had died. This was the point at which a tranche of feral American bands made good on its unformed but evident potential. As Lars Ulrich says, “There wouldn’t be Metallica if it wasn’t for Diamond Head.” It is to Michael Hann’s credit that this sense of poignancy – of bands who didn’t get their due, or who were persuaded by record companies to act against their better instincts – permeates almost every page.

Even Denim And Leather’s sole shortcoming is not the fault of the author. Despite numerous approaches, the absence of Bruce Dickinson and Steve Harris from its pages robs the book of a section on Iron Maiden’s Number Of The Beast that might just have equalled an unmissable chapter dedicated to Pyromania, by Def Leppard (both albums arguably sounded the death knell for the New Wave Of British Heavy Metal). But, really, there’s more than enough here to make this exhaustive labour of love the equal of other standard-bearing oral histories such as Everyone Loves Our Town and Please Kill Me.

An unlikely cast of characters they may sometimes be, but the voices of NWOBHM choir assembled by Michael Hann are nothing less than the saviours of metal. Without them, the movement as we know it would surely have died.

Denim And Leather… is released on February 25 via Constable.

Read this: “I couldn’t have started a punk band, that would have been against my religion”: The story behind Iron Maiden's debut album