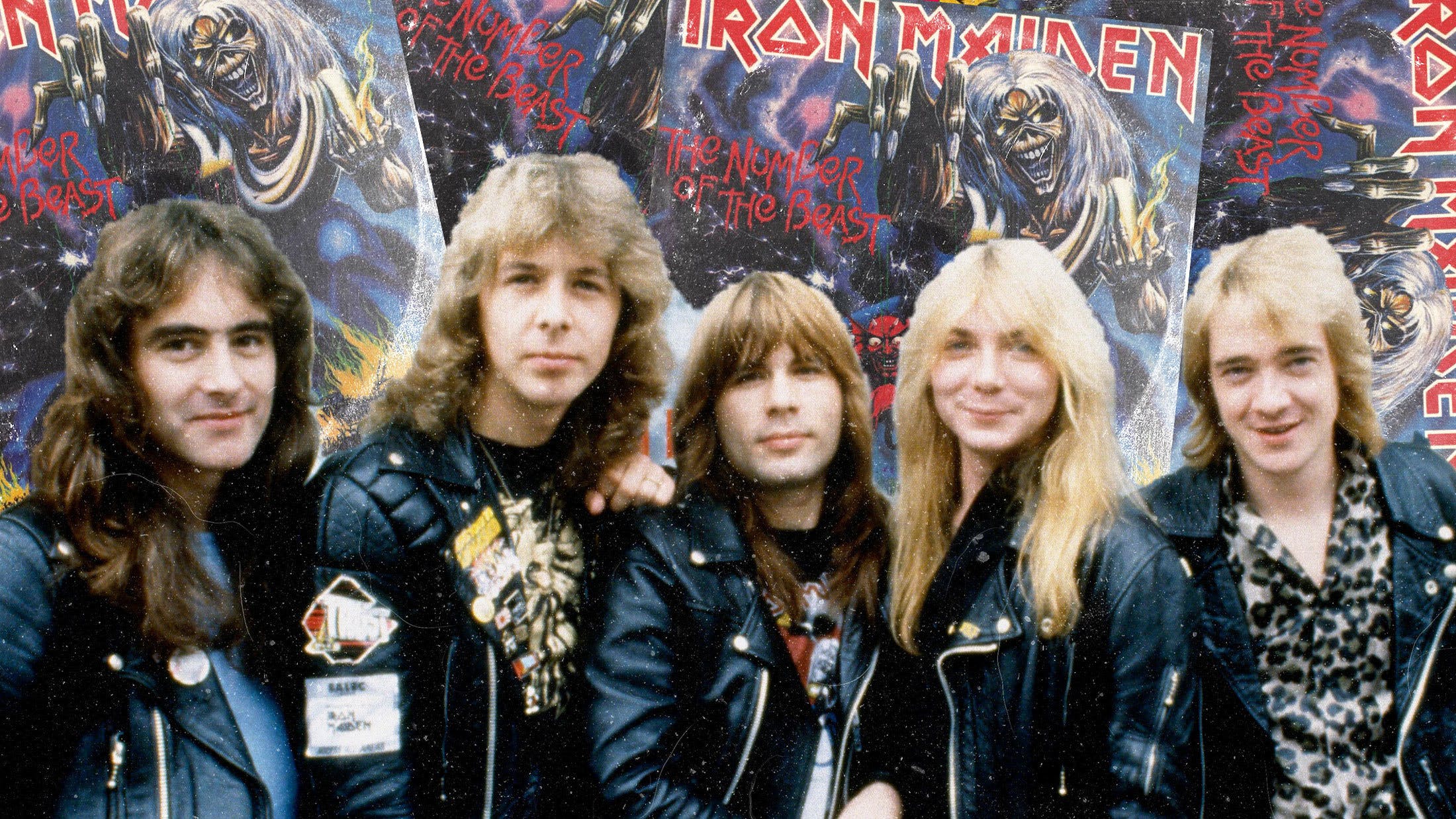 Paul Di’Anno reckons he quit. The official Iron Maiden line is that he was sacked. Either way, the result was the same: a band on a steep upward trajectory had to find a new singer at a crucial juncture, as they looked to start work on their third album, following the runaway successes of their first two.

Although this was one hell of a risk, such was the wind in Maiden’s sails that even this potentially calamitous change of personnel proved to be nothing but an upgrade. And that was always the intention – to fix a squeaky wheel before it caused a real problem.

His name was Bruce Dickinson, an educated lad from Sheffield with a larynx like a foghorn, who had finished university and immediately put his talent to good use by, um, singing in NWOBHM outfit Samson. Where his Maiden predecessor had fronted the band as a gritty hard man, with a pugilistic vocal style to match, Bruce approached it with a more bombastic, theatrical zeal, the perfect match for the more involved, epic music the band were making. Still, he was in at the deep end: Maiden were already veterans of European tours, as well as having American and Japanese stamps in their passports. Not to mention they were also by many factors bigger than Samson, who had never performed outside the UK and had enjoyed a success that could politely be called ‘respectable’.

His first show with his new band was in Bologna, Italy, where he admits, “I didn’t open my eyes for the first four or five songs.”

“The road crew, who’d all been touring with Maiden for a while, were all looking at me and sizing me up,” he remembers. “Everyone was looking at me like I had two heads! But I knew that’d happen, and I knew I just had to get on with it. I knew people had seen the band with Paul, so there was some baggage. And we weren’t just introducing me - we were playing stuff from Number Of The Beast that nobody had heard yet, so it was very different to what they knew!”

Whereas in Maiden’s early years, songs such as Sanctuary and Running Free had burst in to clobber you and get out with minimal fuss, on the new album their sights were being raised. More traditional-sounding songs like Run To The Hills and the title-track were done with class and skill, while the seven-minute Hallowed Be Thy Name, the album’s closer, ramped up the drama to levels the band had previously struggled to hit, thanks to Bruce’s magnetic telling of the story of a man on his way to the gallows from the point of view of the condemned. They weren’t in the Ruskin Arms anymore.

The verdict was quick and almost unanimous: the new, Bruce-fronted Maiden was a superior beast, and the album charted at Number One in the UK, news the band received while they were pushing a broken-down bus up a hill in Switzerland. Even Paul Di’Anno admitted that he’d been replaced by the right guy. “Bruce is absolutely the best singer the band has ever had,” he wrote in his autobiography, The Beast. “I think he’s got a bloody great voice, and it was just what the band needed at the time.”

But not everyone was so impressed. In America, church groups were up in arms about the album’s name, artwork and the lyrics to the title-track. Records and merch were burned – or, in some cases, smashed with hammers for fear of inhaling ‘evil’ fumes. Steve Harris was frustrated by the whole episode, observing that the point had gone entirely over these people’s heads. “They clearly hadn’t read the lyrics,” he said. Had they done, they’d have soon spotted that The Number Of The Beast is a cautionary tale of someone stumbling across a black magic ceremony in the middle of the night and turning in terror. Similarly, though the sleeve features Satan himself front and centre, controlling a puppet, he in turn is a marionette under the influence of Eddie. In fact, the most evil thing to occur in the creation of the album was when producer Martin Birch was involved in a car crash, and was presented with a repair bill for £666.

To look at it from a more business-minded perspective, though, the controversy simply meant this new, improved Maiden were growing ever bigger. And with Bruce a much more professional figure onstage than his predecessor, and better equipped to step up to the rigorous, seven-nights-a-week Maiden touring schedule, the hard graft of conquering first America and then the world could finally begin in earnest. Once the small matter of who was standing where onstage had been dealt with.

“Steve wanted to stand in front of everybody and run all over the stage,” recalled Bruce in his What Does This Button Do? memoir. “I wasn’t having it. I wasn’t going to sing to the back of the bass player’s head.” Things came to a head after a show in Newcastle where, following two hours of basically stepping on one another’s toes, Bruce and Steve had to be separated by Rod Smallwood backstage. But what Maiden had was far more important than tiffs over microphone placement, and with cooler heads prevailing, a compromise over stage territory was reached. Because what Maiden had done with their new album and singer was put themselves firmly on the road to being the most important heavy metal band of the decade. And already, nothing could possibly stop them.