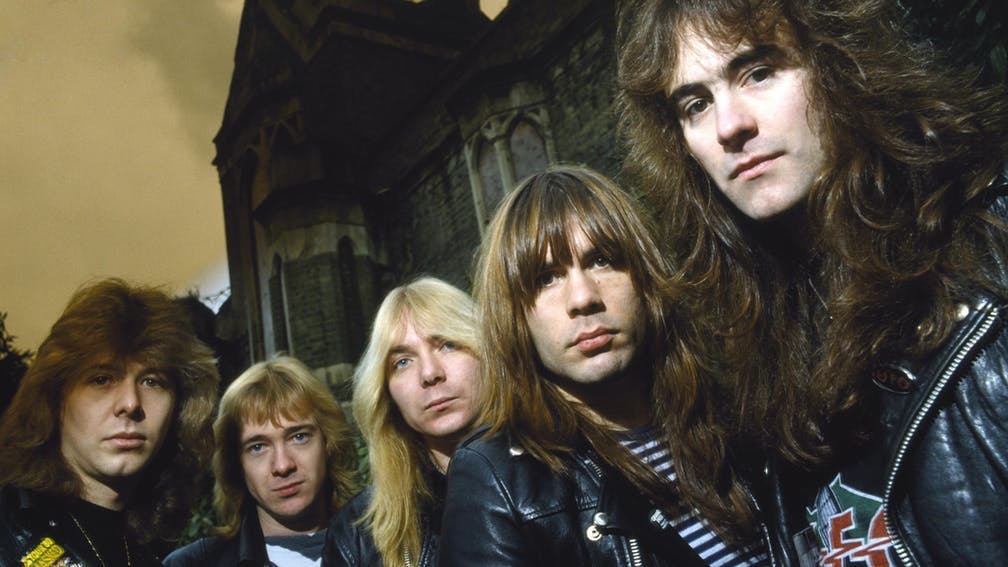 As 1981’s Killer World Tour drew to a close in September 1981, Iron Maiden were on a roll. The success of their self-titled 1980 debut and its Killers follow-up just 10 months later had already marked them out as the heavy metal band for the new decade, while near-constant touring had honed them into a deadly live force. But there was a problem. Namely, singer Paul Di’Anno, who, while a ferocious presence onstage and a man in possession of a set of pipes that could deliver punky pub grit and soaring high notes in equal measure, was also growing increasingly fond of booze and excess. It wasn’t just rock’n’roll hijinks, and the singer later admitted himself that he was going at it “non-stop” with the gak.

Never a man to shy away from grasping the nettle, Steve Harris knew something had to be done to stop the whole enterprise falling apart, and quickly. Enter a young, enthusiastic man from Sheffield with a love of engineering, a history degree, a sense of English eccentricity and a voice that would, rightly, come to be compared to an air-raid siren. His name was Bruce Dickinson, he was the singer in Samson. But so keen was Steve to have this formidable, eccentric talent at the front of Maiden that the singer was auditioned – and offered the job – almost as soon as the band had got shot of Di’Anno. With his final gigs with Samson wrapped up, Bruce was in, and Maiden began work on his introduction to the world.

There had been a tour, in Italy, in October of 1981, and a November show in London, plus a Christmas gig at the Ruskin Arms on December 23, but in the days before the internet, the new boy remained something of a mystery to all but those not in attendance. That changed on February 12 the following year. Having quickly gone into the studio with Killers producer Martin Birch to work on the follow-up, the first fruits emerged five weeks ahead of its parent album’s release. And with it, the starting pistol on Maiden’s explosion was well and truly fired.

Telling the story of the colonisation of America from the viewpoint of both the indigenous people and the invading forces, Run To The Hills not only showed off the new singer’s talent, but also the band’s growing ambitions. Songs like Phantom Of The Opera from their debut had showed an expansive side to the band, but with Bruce’s voice up front, it was clear that their horizons had just expanded significantly. While his predecessor could hit those high notes, Brucie clearly had a range and skill that could be truly harnessed into epics. Even on the single’s classic verse-chorus-verse four minutes, it was clear that things were going to be very different from here on in.

The single peaked at Number Seven in the UK Singles Chart, by some distance Iron Maiden's highest score to date, and when it was released on March 22, The Number Of The Beast went to the top spot in the Album Chart. And thus, even from that first introduction with Bruce, it was clear that, far from changing singers presenting a problem, Maiden had traded up for a vocalist who would help them become the greatest heavy metal band of all time.