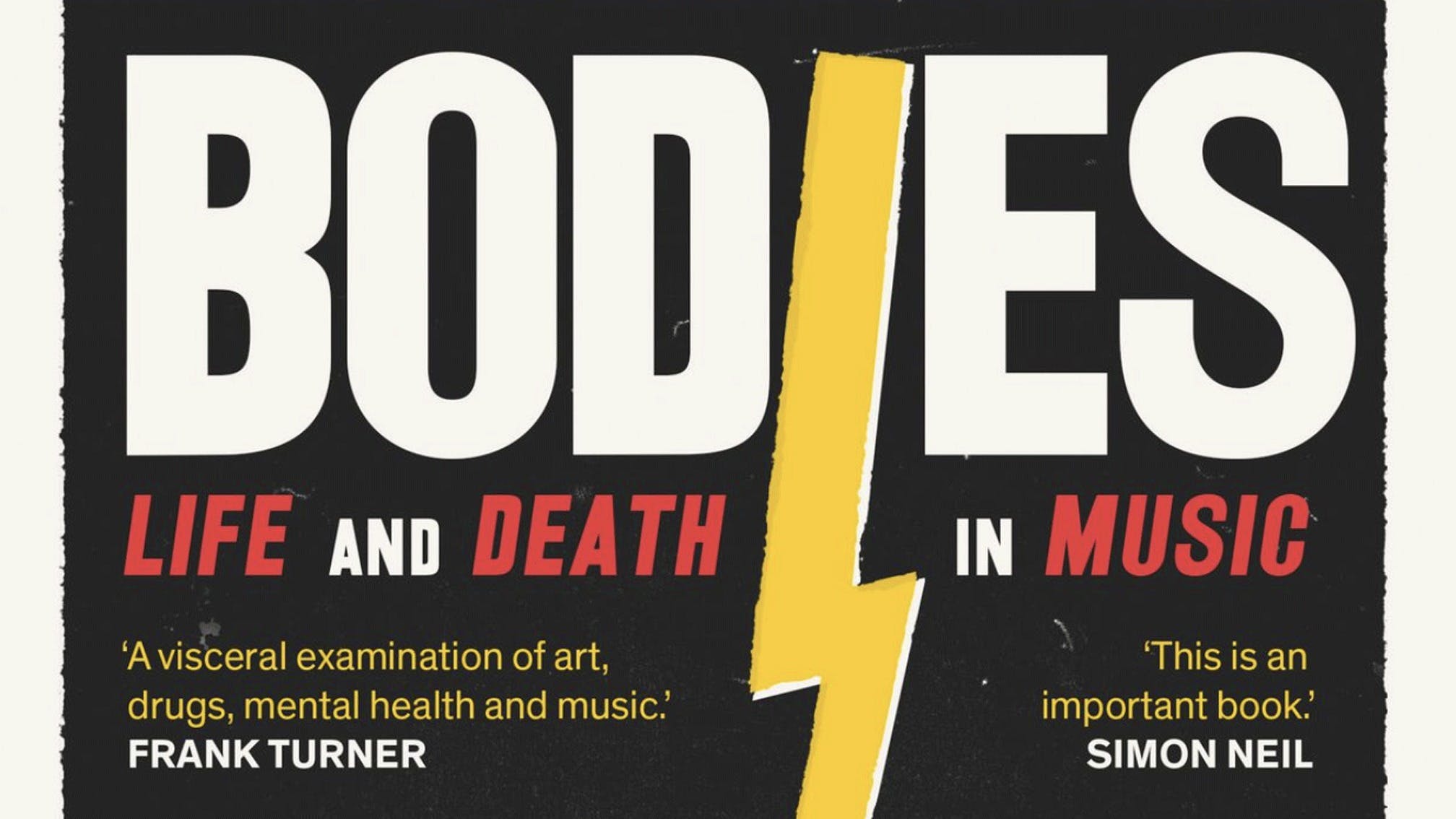 Before becoming the year's most talked about music book, Bodies: Life And Death In Music starts out as the story of a father and a son. Eric Winwood, born and bred in Barnsley, used to work down the mines. Seven years stooped in darkness, inhaling coal dust, gave this sweet and modest man license to provide his music journalist son, Ian, with some lessons in perspective. Early on, Ian calls his dad from the airport, about to catch a flight to Los Angeles paid for by someone else, though seething that he’s seated in coach while the “insufferable” photographer and press officer with him have been upgraded. Eric calmly explains the comparatively mundane things he’ll be doing at the same time his son arrives in The City Of Angels, before signing off. “So shut the fuck up.” This book is dedicated to him.

Eric’s sudden death precipitates his devastated son’s descent into serious drug and alcohol abuse. Ian isn’t entirely in control of his own vehicle, though, or what’s being put into it, eventually learning that the impulsiveness propelling his days-long binges is attributable, in part, to Post Traumatic Stress Disorder, Rapid Cycling Bipolar Affective Disorder, Borderline Personality Disorder, Emotional Dysregulation Disorder and Impulse Control Disorder.

This discovery is the prism through which Ian examines a music industry that tolerates self-destructive behaviour and possesses an atmosphere far from conducive to good mental health – it’s hard to imagine, for instance, that the extremes of Ian’s behaviour wouldn’t have been more noticeable if he’d worked in another field. It’s also an environment with a history of heavily skewed power dynamics open to all manner of abuses. Sometimes these elements intersect. We learn how the terrible trappings of fame can act as a smokescreen masking incomprehensible evil. Ian speaks to Stuart Richardson, formerly of Lostprophets, about how the spiralling methamphetamine use and uncontrollable narcissism of Ian Watkins distracted everyone, including his bandmates, from discovering the true depravity that would result in the frontman being sentenced to 29 years in prison for sex crimes against children.

First and foremost, though, Bodies is a memoir that shows the intoxicating allure of music journalism, written by one of its most incisive practitioners, shining a light on the perverseness of a job in which you’re celebrated for chronicling the suffering of others while, often, being subjected to the same pressures and temptations they’ve fallen foul of. It’s a captivating central spine that revisits encounters with several artists, including Trent Reznor, whose early career was defined by a darkness still inescapably referred to in interviews decades later. And there are those who are no longer with us, including Chris Cornell, Chester Bennington and Mark Lanegan, whose frailties would have been the same if they’d worked in offices rather than the world’s biggest stages, but their fates might have been different. It’s impossible, given recent events, not to be moved by the mention of Taylor Hawkins’ near-fatal overdose in London in 2001 and the observation that, ‘Aside from this… the band’s exoskeleton has survived everything that has rained down upon it.’ Who knows what will happen next in that camp.

The question of what the music industry does next is one it’s started to answer incrementally, concludes a three-years sober Ian, though it’s happened all too slowly. Bodies is an unflinching examination that contextualises that glacial place rather than excusing it, while being unsparing in its criticism. The best and most important books are those that demand to be written. This electrifying, thought-provoking read certainly falls into that category. File under ‘essential’.

Bodies is published on April 21 by Faber & Faber.