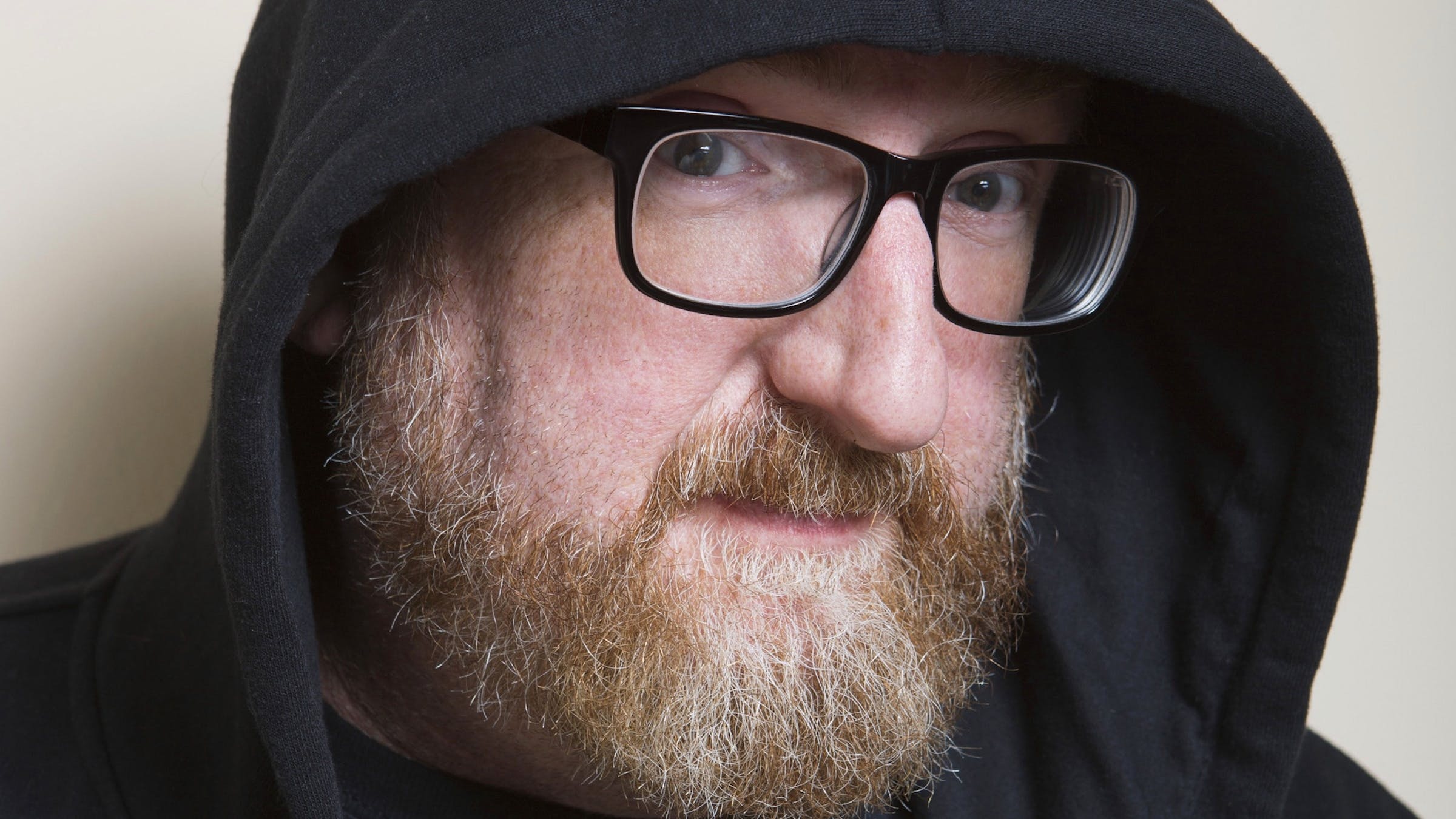 Given his pedigree, it's unsurprising that Brian Posehn is both hilarious to interview and the kind of guy with whom you can talk about metal for hours. The actor and comedian -- whose credits include Mr. Show, Reno 911, and Rob Zombie's infamous The Devil's Rejects -- has been known as one of Hollywood's true metalhead ever since he joked that it wasn't gay for men to give each other blowjobs as long as one of them was screaming 'SLAYER!' While discussing the massive guest stars included on his new album -- among them Corey Taylor, Scott Ian, Dethklok's Brendon Small and Exodus' Steve -- one can hear the awkward metalhead teenager in Posehn's voice, wondering how he got any of these musicians to work with him.

"Dude, [I feel that way about] so many of them!" says Brian. "Weird Al, Gary Holt, Phil Demmel -- and Jill Janus! I mean, the fact that I get to share the last music Jill Janus did with the world… I don’t think she had anything else this close to being done. I know she was working on a new record with her band, and had some other concepts, but I don’t think they recorded. The fact that I wrote this Goblin Love thing for her, as a silly take on Muskrat Love, which was this terrible song I grew up with, I’m really proud and really stoked that I got to that."

Listening to Brian's new album Grandpa Metal, one imagines Brian's musical guests will be equally proud to work with him. Co-written by Anthrax's Scott Ian and Fall Out Boy's Joe Trohman, the record is a barrage of old-school metal that'll make you snicker like the teenage creep you secretly are inside. Whether it's the extreme metal-ribbing Satan Is Kind Of A Dick, the Nordic head-shaking of One Quarter Viking, Three Quarter's Pussy, or his unstoppable penis anthem Big Fat Rock ("A long boulder with two smaller boulders!" shouts Posehn among lyrics that'll make Jesus weep), the songs on Grandpa Metal manage to poke fun at every aspect of heavy metal culture. Even the covers -- of A-ha's Take On Me and Ylvis' What Does The Fox Say -- display that to Brian, not even his own record should be taken seriously.

"It came together organically that both songs are European pop songs that we made European metal," says Brian. "I wanted to do covers -- I didn’t want to do parodies, so I didn’t want to change the songs. I wanted them to sound like a Swedish or Norwegian cover of these songs. I’ve always thought that any song you hear would be better if it was heavy metal. Think of any song you grew up with, and it’s not metal -- if you make it metal, it’s going to be better."

Grandpa Metal was six years in the making -- when'd you first start getting these guest stars recorded?

Some of the songs started around that time. The first guests I got were for What Does The Fox Say? I got Corey Taylor. He recorded that stuff at least five years ago. Scott and I always wanted to do something like this, so we brought it around to other labels, and Megaforce, when they made the offer, made total sense. For me, as a metal nerd, just to be on that label was insane.

I wish we would’ve whipped it out in two years, but I don’t think it would be as fun as it is. Some of the stuff came together organically, because last year, I was short on a couple of songs when the label wanted it, so that fired me up to get finished, and it came together really well.

Were there any songs that only came together at the very last minute?

For one, the title-track, Grandpa Metal, was one of the last songs that we worked on. We had the name and were originally calling it something else. We were calling it Grandpa Metal but as a general thing -- like, guys my age who still listen to metal, but are crusty about it, who only listen to stuff from 1984 through 1991, that kinda guy -- which I’m definitely guilty of doing sometimes. But once I decided to go after Scott, because I call Scott that all the time, that song kind of just wrote itself. Then me and Joe Trohman who wrote that wrote Monster Mosh and Big Fat Rock in a matter of days -- which I think is how you’re supposed to write records!

Is Scott Ian really as salty and dismissive of new metal bands as you make him out to be?

No, man -- well, yes, for music that’s true. But he’s not salty. We’re pals! He’s a funny dude. He lets me make fun of him for four minutes, and he loves performing that -- we performed it live on the Megacruise, though we added more jokes to it. We’re funny together, we’re a funny team. Partly it’s our size difference, like when I worked with Patton [Oswalt] -- any time you put me with a small person, it’s funny. But it’s true, he hasn’t heard any new music since 1992, and that’s around when the Refused came out. I think that’s the last band he liked.

READ THIS: Kieran Boyd: "It's not up to you if you like metal or not, you just do"

As someone who's been writing songs about metal for over a decade now, have there been any developments in the metal scene that you find absolutely hilarious?

You might’ve even given it a second wind.

You're 53 now -- are there any metal songs that make you feel old to listen to? Like, you're raging to a track, and then think, 'Jesus, I'm old as balls'?

There’s a lot of it. It’s funny -- I know what you mean exactly, but listening to Black Sabbath, I don’t feel like that, because it doesn’t feel dated. Black Sabbath was already old when I was a kid. When I was a teenager, Ozzy was out solo. But anything that came out that I found, like it was me finding a new band, NOW I feel old listening to that, because those guys are old now. Ratt’s Out Of The Cellar would make me feel old. Dokken would make me feel old.

I don’t know why, but the cooler stuff like Metallica, I don’t feel ancient when I listen to it -- maybe it’s the stuff that just feels more dated. The hair metal stuff -- I hate using that phrase, but the Sunset Strip stuff. I didn’t too much into those bands after that whose bands had two names, Danger Danger or whatever, but that first wave. Twisted Sister would make me feel old, but Armored Saint and Anthrax and the cool stuff doesn’t!

On the other side of that, are there any bands you consider new who have been around for over a decade?

Lamb of God and Mastodon I still think of as new. But the newer bands I’m listening to aren't even that hip or cool. Havok, Power Trip, and He Is Legend -- they’re not that new, but they’re new to me. They’ve all been putting it in, but I still think of them as the new kids. With He Is Legend, I loved [that new record], and I really got behind it, and I put it on the Internet saying, ‘I love this band!’ And people were like, ‘Yeah, nice job, Grampa! Late to the table!'

Brian Posehn's Grandpa Metal comes out February 14 on Megaforce Records, and is available for pre-order.

READ THIS: 11 American record labels that made us love heavy metal