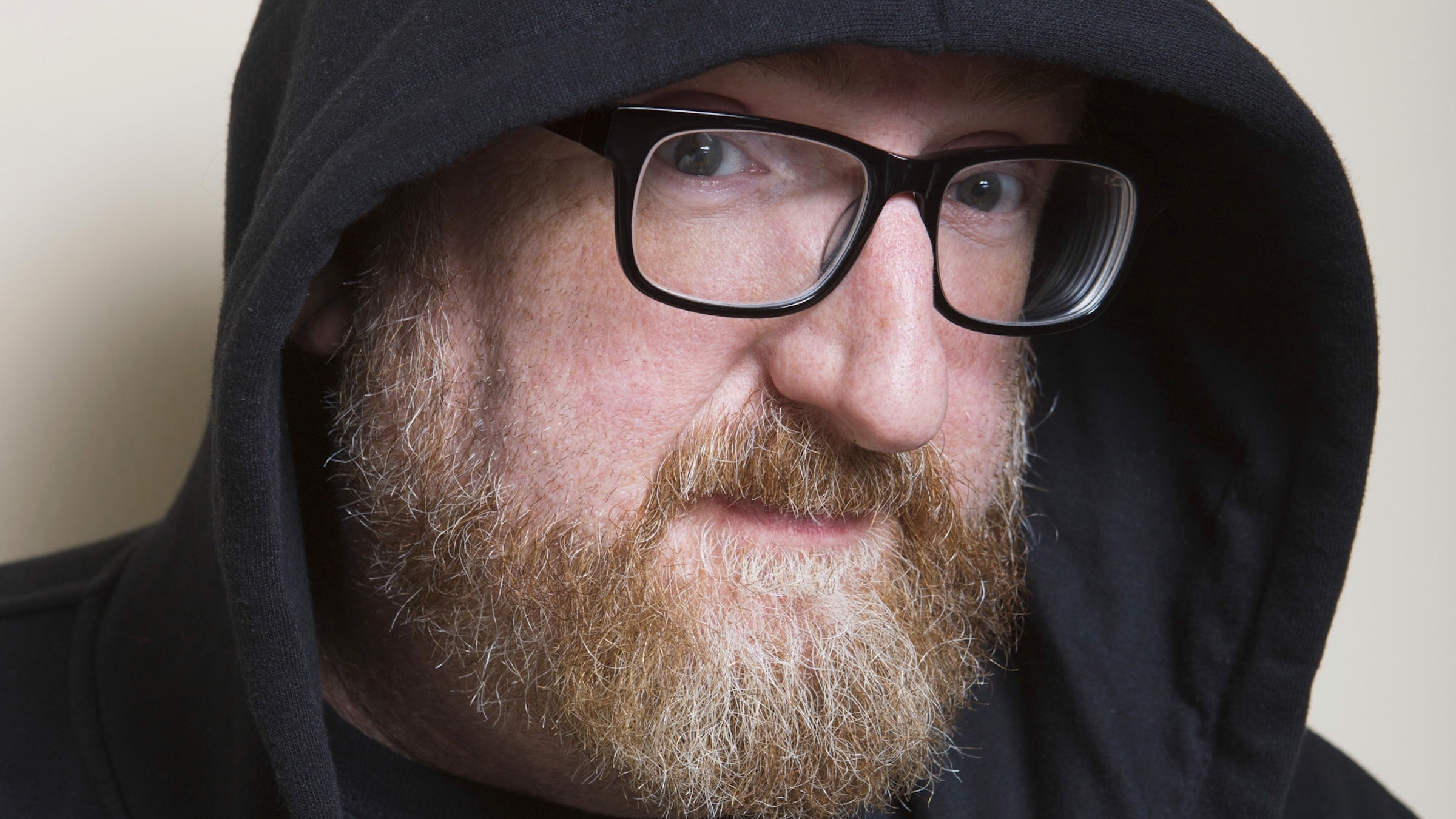 On his new album Grandpa Metal, comedian Brian Posehn makes a point of covering all of metal’s most tried and true song subjects, but always at an unpredictable angle. The crushing opener about the Devil is mostly about Satan being a shithead (“They don’t play Slayer in Hell!”), while the Viking metal song featuring Amon Amarth’s Johan Hegg is about how Posehn’s ancient Swedish would be disgusted by him.

Of course, in classic metal fashion, there’s also a kind of gross song about sex with a lot of poorly-veiled references to the male member, titled Big Fat Rock -- and in classic Posehn fashion, it’s taken to a hilariously uncomfortable place.

“The last Judas Priest record, the one that just came out, it had a song that was...not JUST innuendo, but all stuff that I’d kinda heard before, all cliches all in a row,” laughs Brian. “I love Priest, but it just felt kinda clunky. Scott Ian heard it, and he was like, ‘We gotta do a song kinda like that.’"

READ THIS: Brian Posehn has written the Mona Lisa of comedy metal albums

"A metal song about metal was originally what we were gonna do," he continues, "because you’ve heard so many of those -- I feel like Manowar lived off of that. But then Scott was gone and I was writing it with [Fall Out Boy guitarist] Joe Trohman, and I said, ‘Why don’t we do this -- Mötley Crüe, KISS, and Aerosmith have all done these songs about sexual innuendo -- why don’t we do one with innuendo completely gone? Just dick joke after dick joke. No double entendre, just single entendre!"

The concept was not an entirely new one, but Posehn and Trohman saw their predecessors as compatriots in gross sex references. “I even said to Joe, when we sat down to write it, ‘Man, let’s make a song too dumb for Steel Panther’ -- nd they’re our pals!” he said. “No lyric was too dumb, That’s why I wrote, Dwayne Johnson, can you smell what my cock is cooking? Nothing’s too dumb for that song. And I love it -- I love the way it came out. And then Phil Demmel killed that solo.”

While it might be easy to blow off (hurhurhur) Big Fat Rock, for Brian the track continues a time-honored tradition of sophomoric metal songs that cracked him up as a youth.

“It was like the first time I heard Ten Inch Record by Aerosmith -- I remember being 14and thinking, ‘Ooooh, HA!’” laughs Brian. “or Kiss’s Dr. Love. I was like, ‘Doctor--oh, he’s a doctor of fucking!’”

Brian Posehn’s Grandpa Metal comes out February 14 on Megaforce Records, and is available for pre-order.