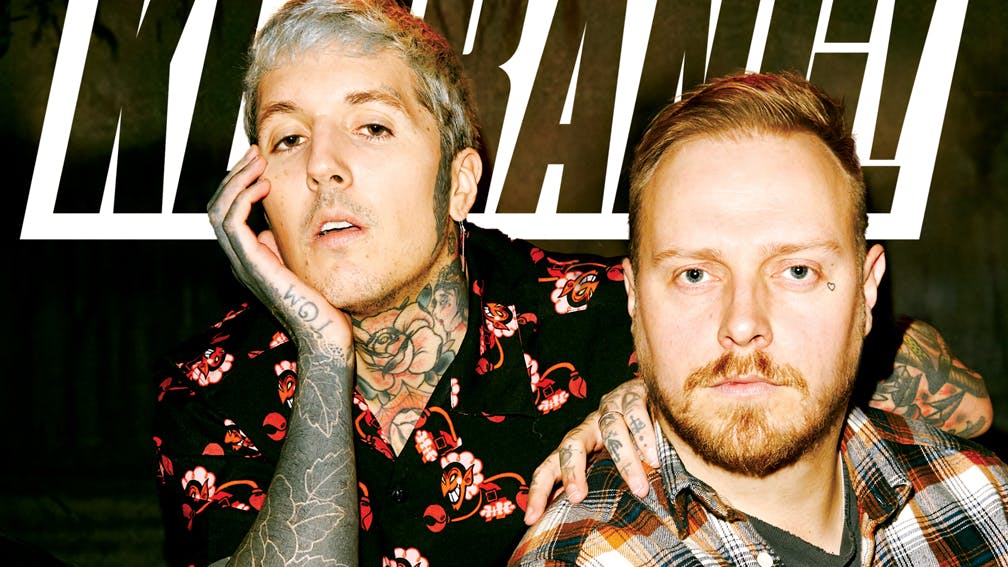 In the decade since they first shared a stage together as new bands, Bring Me The Horizon and Architects have seen everything a life in rock can throw at you. As they prepare to step out together once more at next month’s huge All Points East extravaganza, Oli Sykes and Sam Carter reunite to discuss friendship, breaking boundaries, and how music can save the world…

Plus, we've gone a little bit Rammstein crazy this week – not only bringing you six killer posters of the band in anticipation of their new album arriving next month, but also an added bonus in the shape of a stunning art print, featuring Paul Harries' epic photography!

Elsewhere in the mag: Motionless In White frontman Chris Motionless spills all on the band's grand return; we go behind the scenes with hardcore’s hottest band, Knocked Loose; New Found Glory dude Chad Gilbert takes our career-spanning K! Interview and discusses everything from being straight-edge to the power of cover songs; rock's most unlikely supergroup, The Damned Things, fire back; and recent K! Pit stars Daughters take us deep into the heart of their resurrection…

In the reviews section, meanwhile, Frank Carter bares all and digs deep on The Rattlesnakes' emotional third album, and Amon Amarth conquer on their blistering, war-tastic return. On the live front, Cave In and friends bring the noise and much more to Roadburn, while Cali punks Joyce Manor prove great things come in short bursts, and Toronto punks PUP outgrow their underdog status with help from their friends.

All this and more is available in the new issue of Kerrang!, which you can get anywhere in the world through Kerrang.newsstand.co.uk. But for UK residents, it hits the shops on Wednesday, April 24 from all good newsagents.