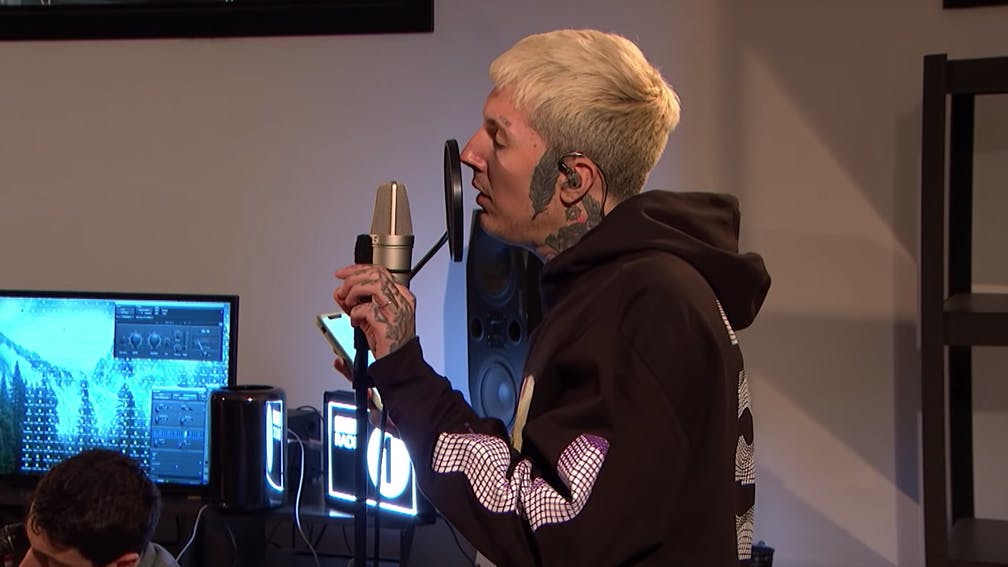 Following the release of their new collaboration with synth-pop artist Grimes earlier today, Bring Me The Horizon have also just unveiled a cover of when the party's over, by Billie Eilish.

Inviting Annie Mac and BBC Radio 1 into their rehearsal space in Sheffield, the quintet also played latest singles MANTRA and medicine on air, as well as chatting about their stylistic changes.

“I like the fact that we have a catalogue where, you get a lot of people that get into maybe, [2015 album] That’s The Spirit or [2013 album] Sempiternal, or some of the new songs and then they go back; it’s almost like a little breadcrumb trail where people will maybe start off with medicine, before they know it they like MANTRA, wonderful life and then they go back and they start to really get into the vibe of the band and it’s not just about how poppy it is or how accessible it is," frontman Oli Sykes explains.

Watch BMTH cover when the party's over below.

And check out their performances of MANTRA and medicine.

Bring Me The Horizon release their new album amo on January 25 via Sony.

They're also headlining All Points East festival in London on May 31.