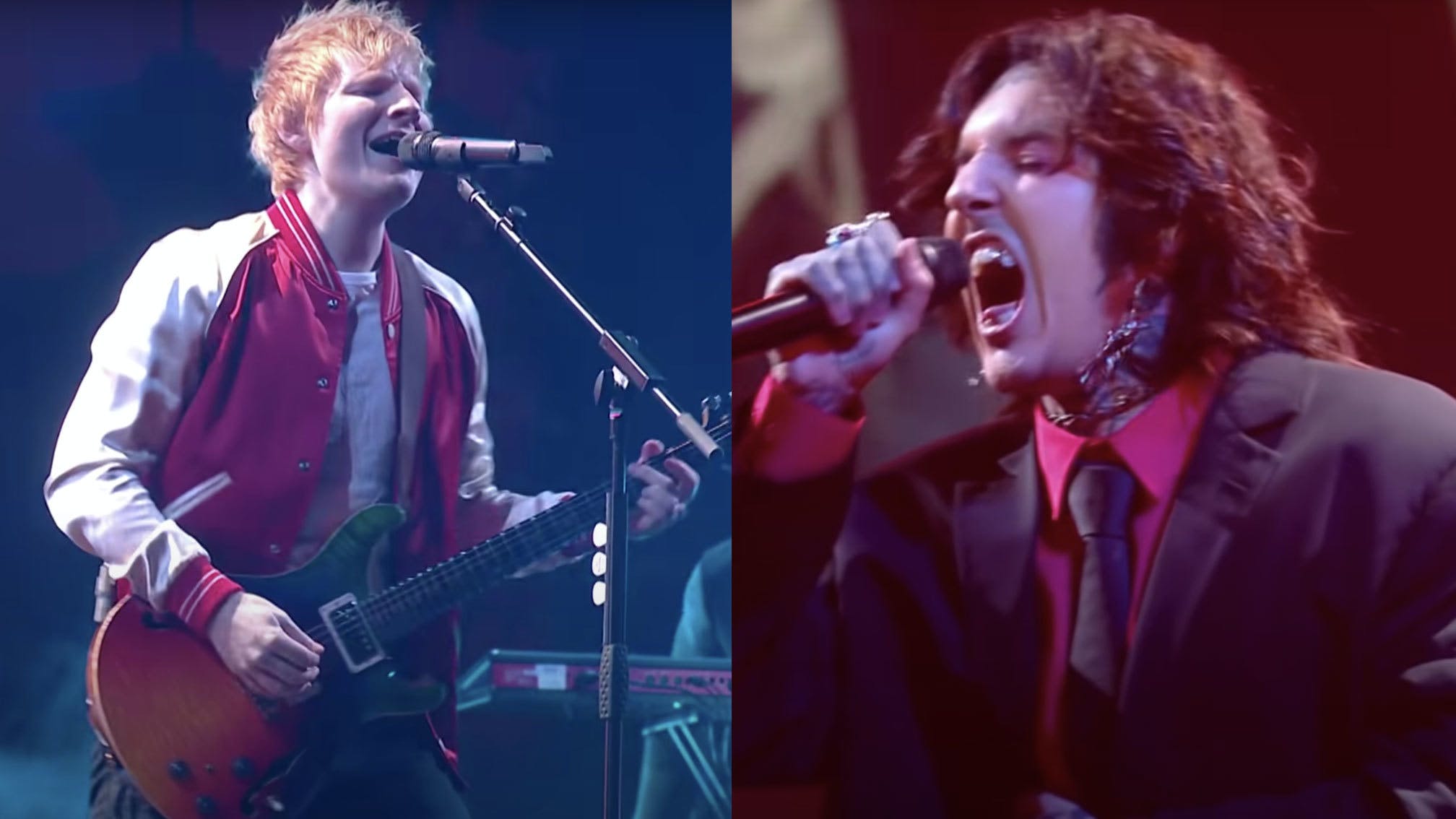 From ONE OK ROCK to Dani Filth, singer-songwriter megastar Ed Sheeran isn't a massive stranger to working with artists in the rock world – and at last night's BRIT Awards (February 8), Ed proudly displayed his love for the genre by bringing out special guests Bring Me The Horizon.

The pair opened the show by performing a heavied-up version of Ed's 2021 hit Bad Habits (which was nominated on the night for Song Of The Year, but lost to Adele's Easy On Me), with the pop star on the electric guitar and BMTH frontman Oli Sykes providing some surprise screams. Ed described the whole thing as "living out my teenage fantasy", and that it was "kind of like a full-circle moment".

Watch the full performance below:

Ed SheeranBRITsBring Me The Horizon