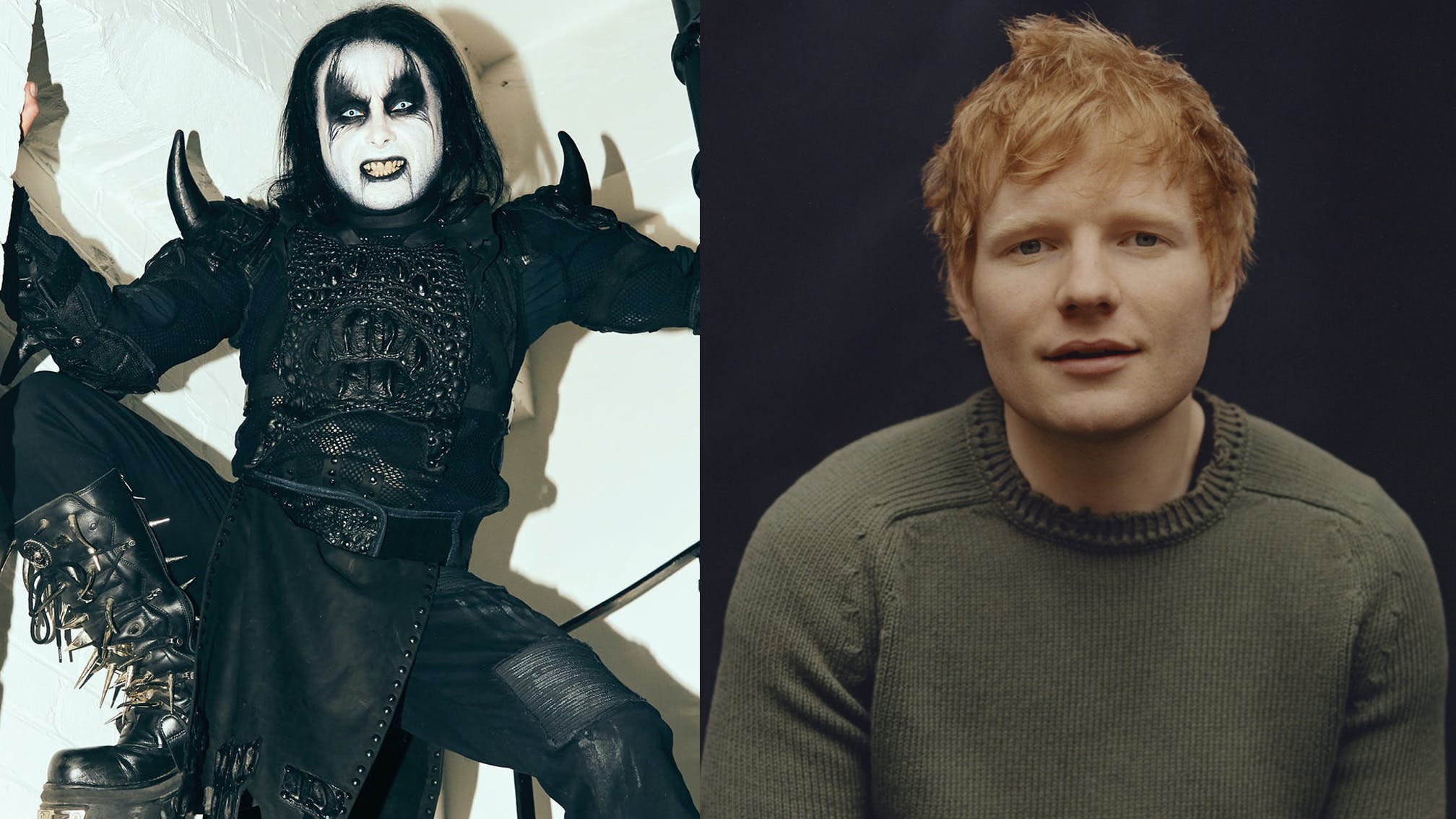 As well as an absolutely brilliant performance at this weekend's epic Bloodstock, Cradle Of Filth confirmed that there's a potential collaboration with Ed Sheeran on the way.

Backstage at the metal weekender, Dani Filth told Kerrang! Radio's Sophie K that a previously rumoured collab was actually on the cards after the pop megastar recently revealed his love for the extreme metallers. "I've actually been emailing with [Ed]," revealed the vocalist. "He actually touched base with me."

Going into further details about what they've been discussing in these initial conversations, Dani continued, "I've been invited up to his place. Well, he said he could come down to mine, but I pointed out to him that I don't own my own bar or village, and it'd be better if I went there.

"He said he'd do anything. Quite literally. He said he's a massive fan. He seems like a genuinely very nice guy, actually."

Read this: Dani Filth: "We picked on Jesus. It could have been Hitler, but everyone already thinks he's a c**t"

Pointing out that CoF famously love to go against the grain and stir up some controversy when they can, Dani added: "…If someone tells us not to do something, then we'll do it. That's been our prerogative the whole time. I did this rap song with this band called Twiztid in America. It's actually turned out more like Rammstein and Beastie Boys than full-on rap.

"So, in that respect, I think it the Ed Sheeran collaboration would be great fun. I think it'd be great if we did it for charity, because at least it would bring a bit of credibility to it."

Also over the weekend, Bloodstock confirmed 17 bands for next year's festival – including headliners Lamb Of God and Mercyful Fate.

Check out the line-up (so far) below: