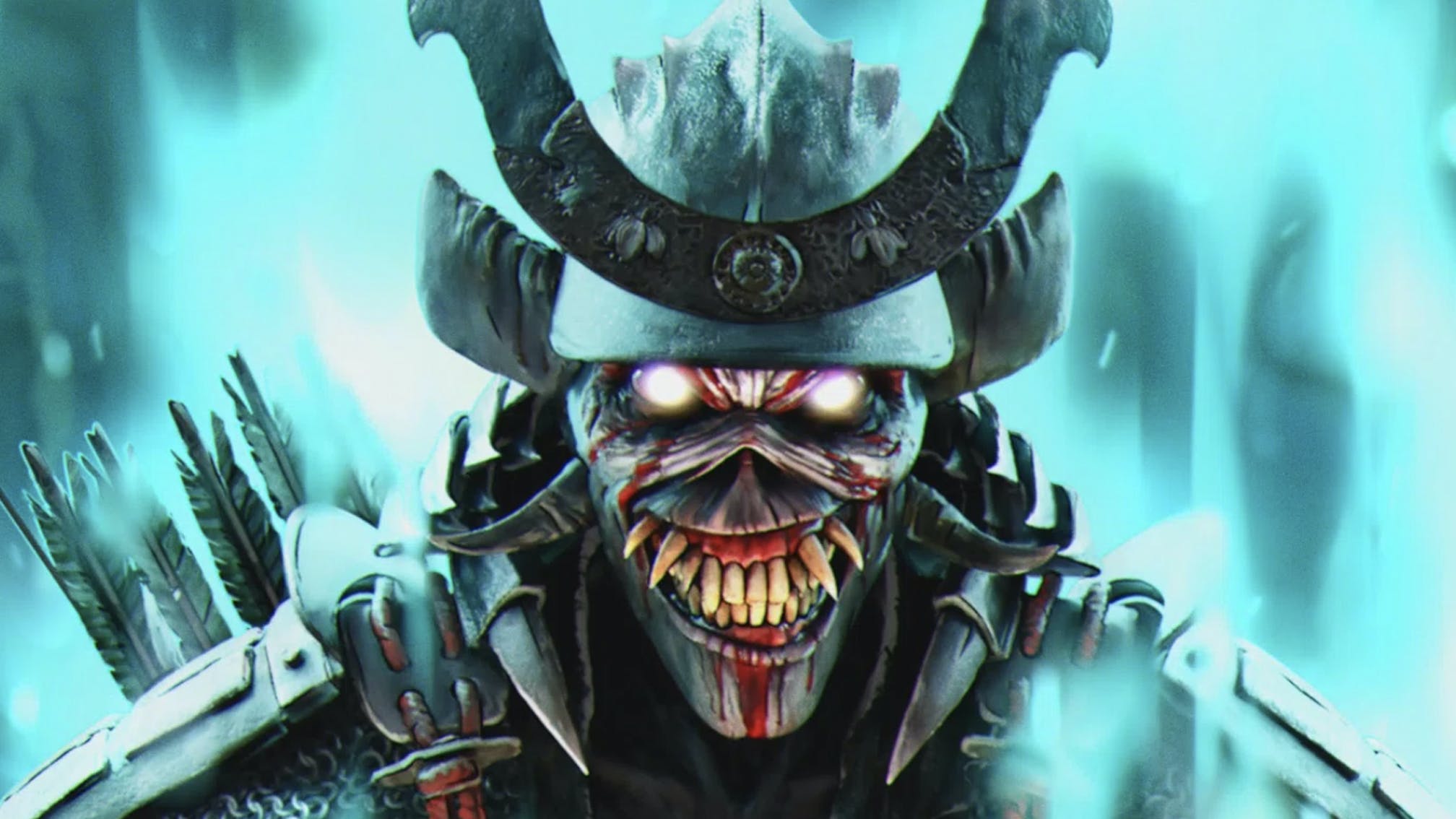 Iron Maiden frontman Bruce Dickinson has revealed the inspiration behind the animated video for the band’s new single The Writing On The Wall. Wanting to make a statement, and having to take COVID limitations into account (hence a band-oriented clip being out the window), the singer looked to Germany for the answer.

“I said to Rod [Smallwood, Maiden manager], ​‘Have you seen the video for Deutschland by Rammstein?’” Bruce explains in our world-exclusive Cover Story. ​“That, to me, is a groundbreaking video. That’s astonishing. Now, I’m not suggesting we do that, because we’re not Rammstein. But think of what we could do that would have the equivalent impact for us. So, I wrote storyboard for the vid, tweaked it a little bit, and gave it a happy ending. Well, kind of a happy ending – Adam and Eve start again, but with Eddie going, ​‘I’ll still get you in the end.’”

Meanwhile, the Belshazzar's Feast mystery – posters and shirts for an event that were loaded with Maiden-related clues, alongside an internet paper trail – came from missing a bit of storytelling in the video. But a quick fix ended up unlocking the idea.

“There was always supposed to be an invite to the party [in the clip], but we discovered they’d forgotten about it,” says Bruce. ​“The production company were like, ​‘Well, it doesn’t have to be there, does it?’ Well, yes, it does. Without it, it doesn’t make any sense. Like, why is this bloke in the desert? I hate to be obvious, but you do need to know that – it’s the ​‘once upon a time’ moment, it’s the ​‘in a galaxy far, far away’ bit.”

Read all about Maiden’s new album Senjutsu in this week’s exclusive Cover Story.