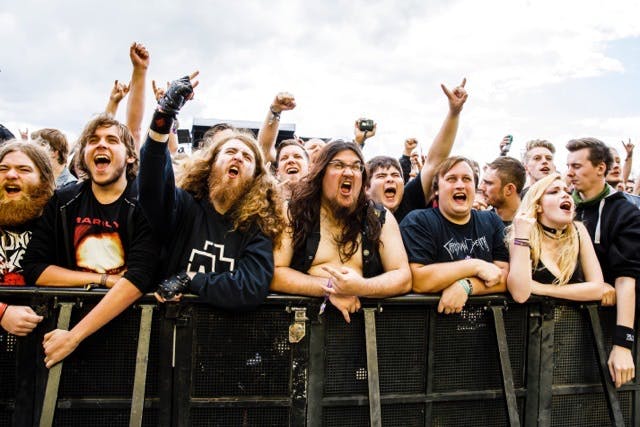 The music you listen to, that you love, isn’t the be all and end all of your character, your personality, your spirit. It’s entirely possible – probable, indeed – that you can enjoy media, art, creativity that is in some way violent, and not have it impact upon your own behaviour. We’ve been seeing this, clearly, for decades, through countless studies covering films, music, video games and more. No, playing Grand Theft Auto won’t make you a murderer. And no, listening to terrifically heavy music won’t make you a neo-Nazi.

Unless you’re in Calgary, apparently.

The Canadian city’s police force posted a list to their website recently, “Signs of a child being in a hate group”, in reaction to recent white supremacist bullshit happening in the US and elsewhere. And, sure, some of it is sorta legit – if your kid is making bigoted remarks about minorities or immigrants, stamp that shit out of them (non-violently, of course). They’re going off to a sleepover in a shirt bearing Nazi propaganda? Have a strong word with them. Those things: they’re bad things. Obviously.

“Playing loud, heavy (rock) music with violent lyrics,” less so. The list was updated to remove the “rock”, but the sentiment remains as it was – that the kind of music K! might just be known for covering is a potential ingredient in your kid, any kid, turning into a hate-filled fuckwit.

Naturally, this hasn’t gone down well. Rock fan and Calgary resident Robert Riggs rather blew the whistle on the police force’s list, telling the Toronto Metro:

“My son, he listens to heavy metal, and he’s one of the nicest kids ever, but I tend to see him lumped into a group he doesn’t belong in. It’s not monkey see, monkey do. Kids see their parents go to work all time, and they don’t suddenly get up and find a job at seven-years-old.”

“We’re not saying all people who listen to rock music are part of hate groups, but there tends to be a correlation – people who are involved with hate groups tend to be involved in that kind of music.”

The Toronto Metro also quotes sociology professor Michael Adorian, who says that “hate music bands” are a common means for converting young people to the cause and beliefs of hate groups.

Here’s the full list of “Signs of a child being in a hate group”. I mean, all kids are disobedient, aren’t they? Some of the time? They all doodle on things, and make new friends without any real precedent for it. And not being interested in school? Changing their appearance? Come on, Adults Of The Modern World. You’re better than this.

Photograph (from Bloodstock 2017) by Chris Casey