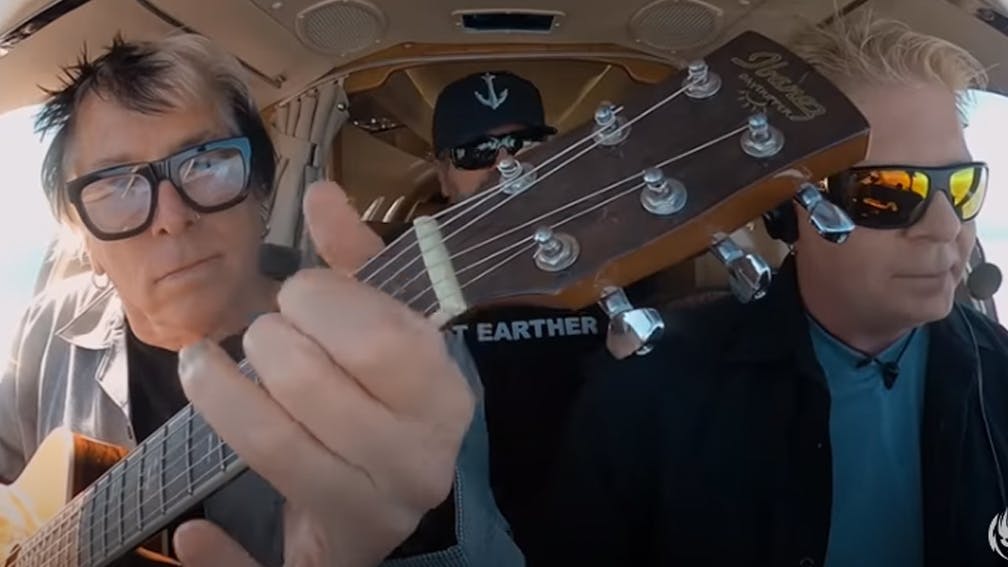 Carpool Karaoke would be a great idea if they sang along more bangers and James Corden wasn’t the one doing it. Enter The Offspring, who have gone one better and done their own version. It’s basically the same, except they’re doing it in a plane being flown by frontman Dexter Holland while guitarist Noodles provides the acoustic backing track.

“We know everyone’s heard of Carpool Karaoke, but Cockpit Karaoke??? No-one’s done that!!” Dexter told SPIN. “Since I’m a pilot, we thought it would be great if Noodles and I had some fun and got to sing along to some of our many hits.”

Read this: The 20 greatest The Offspring songs – ranked

It’s an idea with wings, certainly. Check out the video of the pair doing Come Out And Play from 1994’s Smash. Insert ‘soaring chorus’ joke here…

The Offspring recently released their 10th album, Let The Bad Times Roll. Talking to Kerrang! about the record’s lyrical themes, Noodles called it “a reflection of the world that we’re living in”.

“All over the world we’re seeing social unrest caused by economic disparities, political disenfranchisement and anti-democratic forces, and people are rising up against that,” he said. “It would be dishonest not to address what we see happening in the world. It’s the elephant in the room, but it’s not meant to be a political statement [from us]. It’s just a reflection of the world that we’re living in.”

“There was a lot to write about,” explained Dexter. “But they’re things I wanted to write about. And in writing about them, I’m hoping we can offer some commiseration to those affected and provide a sense of hope that we’ll get through this.”

“This too shall pass,” added Noodles. “As long as we keep our heads about us, we’ll get through it.”

The band return to the UK later this year with The Hives in support.