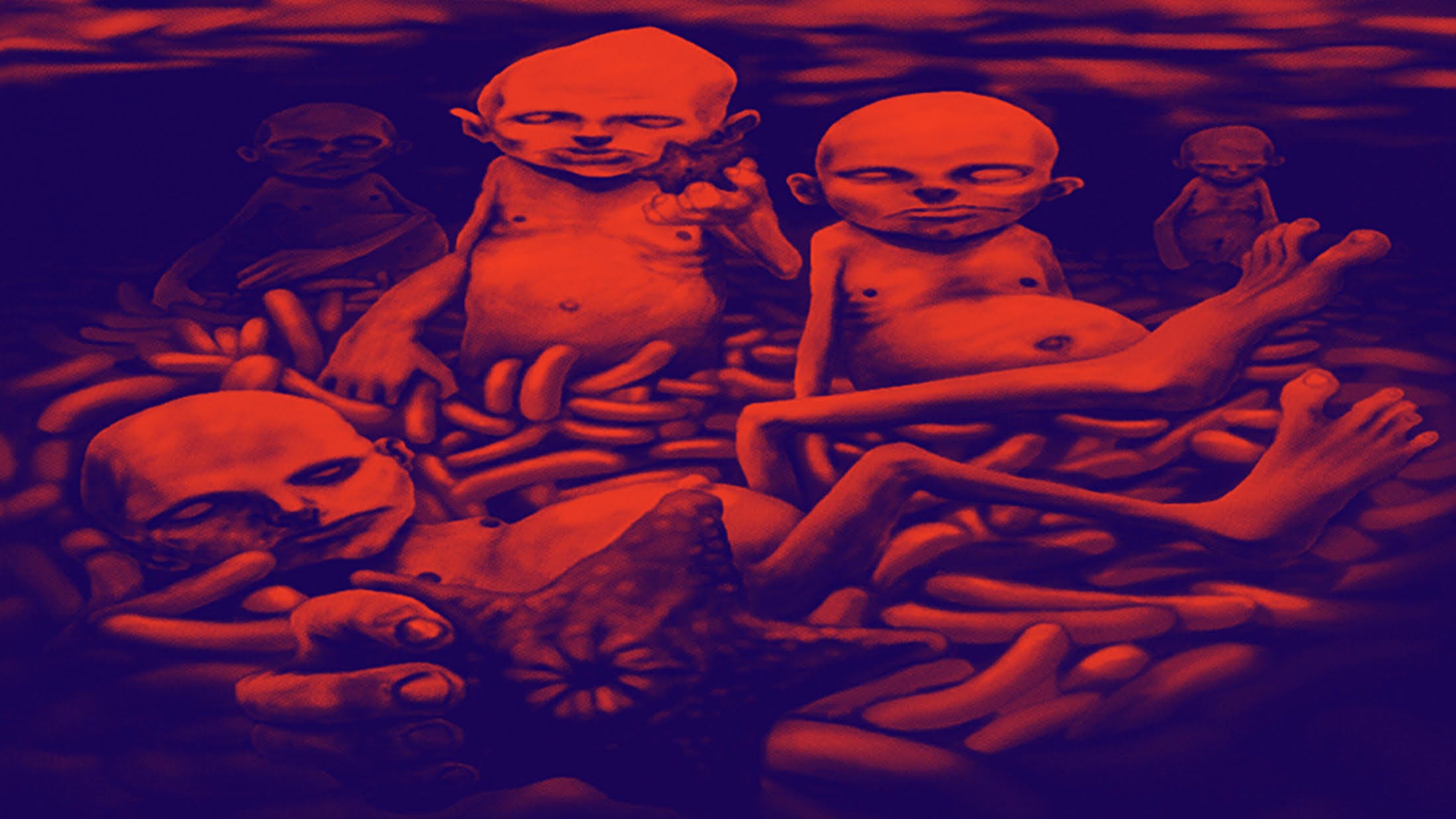 This is the original Kerrang! review of Chocolate Starfish And The Hot Dog Flavored Water from October 2000. It was awarded 3/5.

The exact moment when Limp Bizkit became the establishment is hard to pinpoint. In the three years since they released their patchy and, in all honesty, unspectacular debut album Three Dollar Bill Y’All$, the band have been transformed from a bunch of snotty brats riding on Korn's coattails into the biggest stars in Planet Rock's firmament.

Whether they moved towards the mainstream or whether the mainstream moved towards them is immaterial – nowadays the two are practically synonymous. When Fred Durst performed on stage with Christina Aguilera at the MTV Awards nobody should have been surprised. Similarly, it's no coincidence that the synchronised dance routines in the video for the Bizkit’s new single Rollin' look like they were half-inched from an *NSYNC video – in America at least, both bands are vying for the same audience.

And so we come to Chocolate Starfish…, released barely a year after Limp Bizkit’s breakthrough album Significant Other and aimed squarely at the six million or so people that bought it. Opening track Hot Dog may boast a chorus stolen from Nine Inch Nails’ Closer (hey, Fred practically owns the company so why not?) but the riff is pure Nookie. Future single, My Generation stomps around like an unruly teenager, powered by the sort of crunching, chunky chords that have become Wes Borland's trademark but which also renders it virtually indistinguishable from half a dozen Significant Other tracks. Full Nelson is built around a vocal hook first used in Three Dollar Bill… track, Stuck. It's all very well sticking to a successful formula, but the first half of Chocolate Starfish verges on the cannibalistic: Rollin’ is Break Stuff broken up. Livin' It Up is relentlessly self-reverential and The One is merely Re-Arranged, rearranged. Perhaps it's no coincidence that Limp owe their success to a cover version (George Michael's Faith for the short of memory) and that they pepper their live shows with other people's songs.

Getcha Groove On will probably prove Chocolate Starfish...’s most controversial moment. Featuring the rhyming skills of ex-Alkaholik Xzibit, it's a poor stab at R&B based around a nauseating synth motif that will have most Bizkit fans wondering when their heroes turned into Craig David. Unsurprisingly, it makes the following Take A Look Around sound positively essential. Next up are It’ll Be OK and Boiler, a pair of songs whose mellow, spaced-out vibe and end-of-relationship mood pick up where Significant Other's Trust? left off, showing Fred’s love of Jane’s Addiction but never threatening to reach that band’s heights. The brilliant, uplifting Hold On – a collaboration with Stone Temple Pilots' Scott Weiland which recalls Led Zeppelin at their folkiest – is one of Chocolate Starfish’s few genuine surprises alongside the slamming, hip-hop mix of Rollin' which boasts the considerable talents of DMX and Redman.

What’s so disappointing about Chocolate Starfish And The Hot Dog Flavored Water, then, is how little Limp Bizkit have progressed. Given that its predecessor was a genuine crossover landmark perhaps it was too much to expect the band to pull off another quantum leap so soon after. But surely we deserve more than Insignificant Other? Similarly, given the opportunity Fred Durst has as a spokesperson for the GM (that's Generically Modified) generation, it’s shocking how little he actually says on this album. When he's not feeling sorry for himself because of people that have picked on him or women that have left him, Fred spends most of his time tediously offering people out.

And while this album boasts enough bad language to make Eminem blanche, it's all done in such an an embarrassingly childish way. From Hot Dog's 'If I say fuck two more times, that's 46 fucks in this fucked-up rhyme’ rap to the 'snigger, snigger' title itself, Chocolate Starfish... is no different to the playground taunting of Daphne & Celeste. And as an anthemic call to arms, My Generation's 'We don't give a fuck and we won't ever give a fuck / Until you give a fuck about me and my generation’ leaves a hell of a lot to be desired.

Ultimately though, Chocolate Starfish And The Hot Dog Flavored Water is more of the same and as such will doubtless go on to sell in its millions which, I guess, is the whole point of its existence. A wise man once said that all fashion is the triumph of style over content, however, it don't come much more fashionable than this.