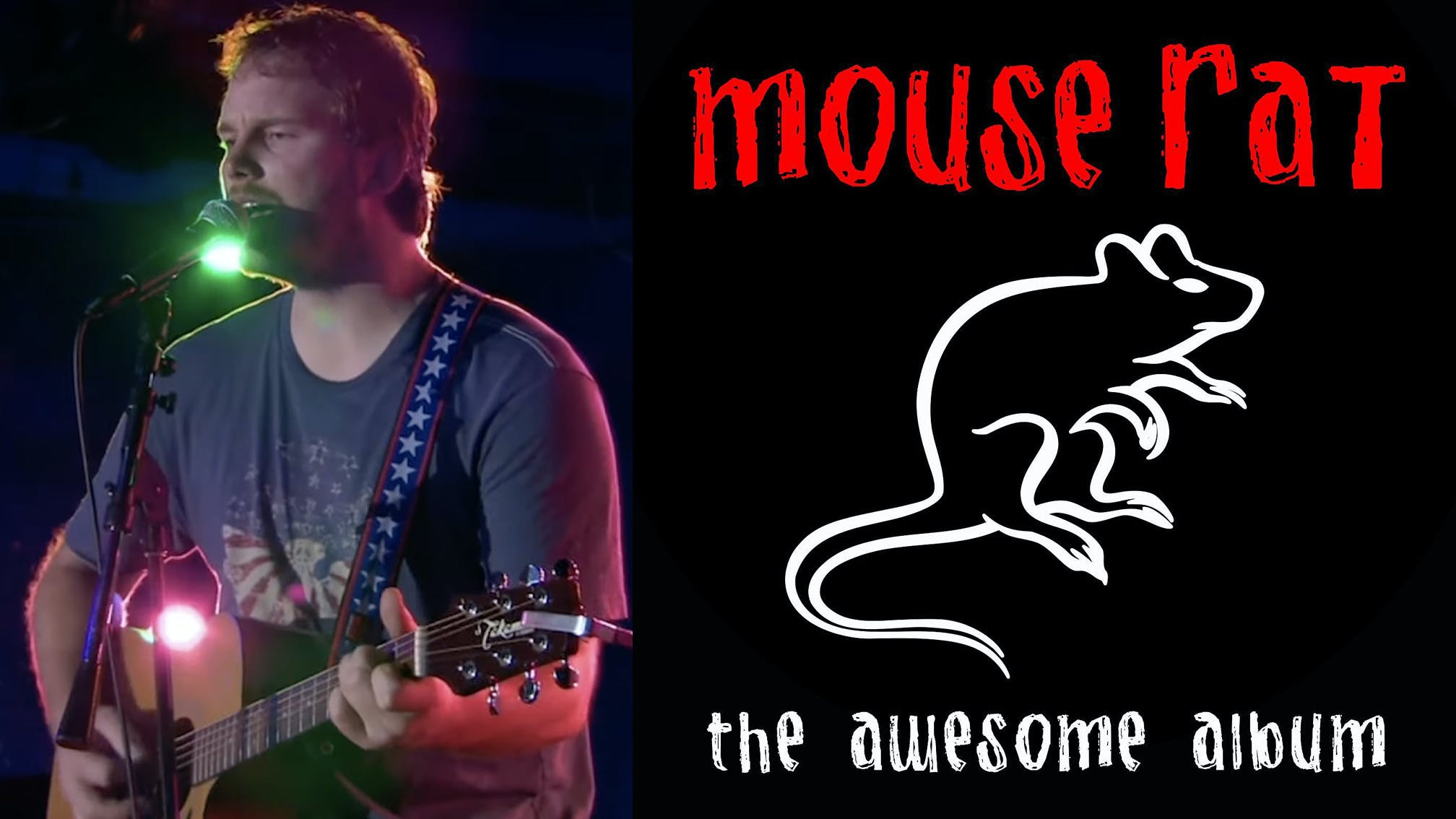 The band (who have also been known as Scarecrow Boat, Everything Rhymes With Orange, Fleetwood Mac Sexpants, Threeskin, Just The Tip, Tackleshaft and Alabaster Fart) announced the 16-track release on the 10th anniversary of the death of "everyone's favourite mini horse" – well, apart from maybe Ben Wyatt – Li'l Sebastian. And, to mark the occasion, the band unveiled their epic Li'l Sebastian tribute, 5,000 Candles In The Wind, which you can listen to below.

Elsewhere, The Awesome Album will feature the mighty Duke Silver (played by Nick Offerman) on Catch Your Dream and Cold Water, plus mega-hits like The Pit and Sex Hair.

"It’s been 10 years since Li’l Sebastian went to mini horse heaven, and to celebrate his miniature life, local band Mouse Rat has released 5,000 Candles In The Wind," he says. "So, go listen and gently weep with me! Ya heard?"

And enjoy the emotional power of 5,000 Candles In The Wind (Bye Bye Li'l Sebastian):

Read this: 10 fictional bands we wish were real