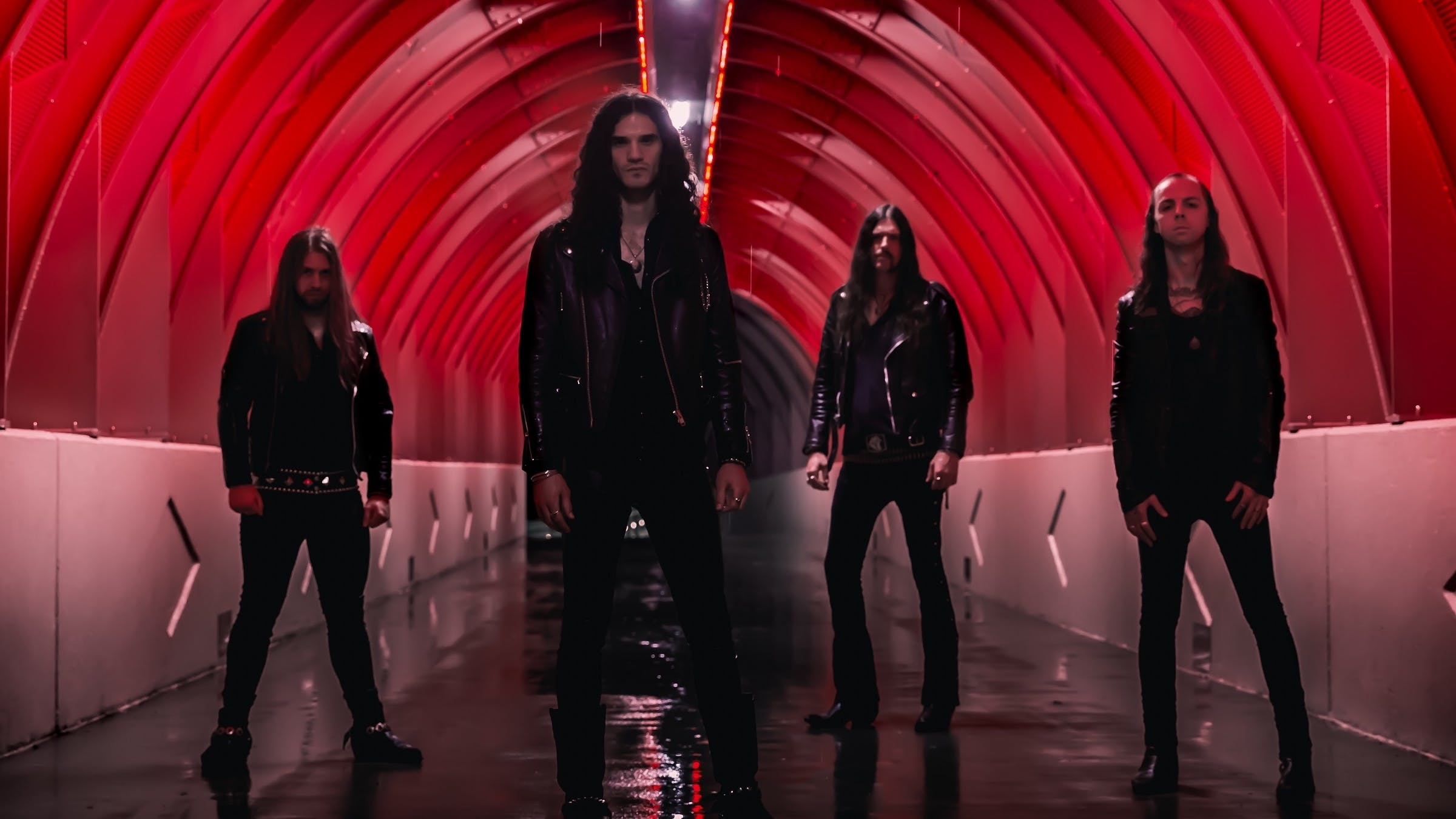 The beauty of Atlanta's Cloak is how well they wield two of metal's most important tenets: darkness and might. The quartet's music certainly indulges in black metal's love of shadow and atmosphere, and yet it brings the sort of tangible punch with which bands like Motörhead and Slayer made their names. And while 2017's To Venomous Depths earned them the attention of fans and journalists alike, their upcoming 2019 release, The Burning Dawn, burns away some of the more ritualistic occult aspects to reveal a rougher, more attitude-driven core sound. The result is a powerful rush of blackened thrash that'll have listeners who revel in the fear of sensitive Christians cackling with glee.

The video for the band's latest single, Into The Storm, seems driven by that sense of vitality. There isn't a lot of unnecessary window dressing here -- no incense, loaded altars, or votive candles. Instead, Cloak surround themselves with the natural phenomena of black magic, from the solar eclipse to the shadows of the woods. Meanwhile, the track's lyrics take the listener on a tour of the underworld, narrating a transition from typical human life to something more inauspicious.

READ THIS: Khemmis are the most fun you'll have at a doom metal show

According to the band, "Into The Storm is one of our most aggressive and epic songs to date. We wanted the visuals to be just as unnerving and majestic as the music itself. Once again, this video was produced and crafted fully by the band members. Now revel in the ecstasy of darkness unbound!"

Watch our exclusive premiere of Cloaks' Into The Storm below:

Cloak's The Burning Dawn comes out October 25 via Season Of Mist, and is available for preorder.

READ THIS: How Satan is trolling middle America

The Underground Sounds Of America: Cloak

These occult thrashers bring unholy darkness to the ATL.

At their Brooklyn show with Cloak, Denver’s Khemmis remind fans why they came to metal in the first place.