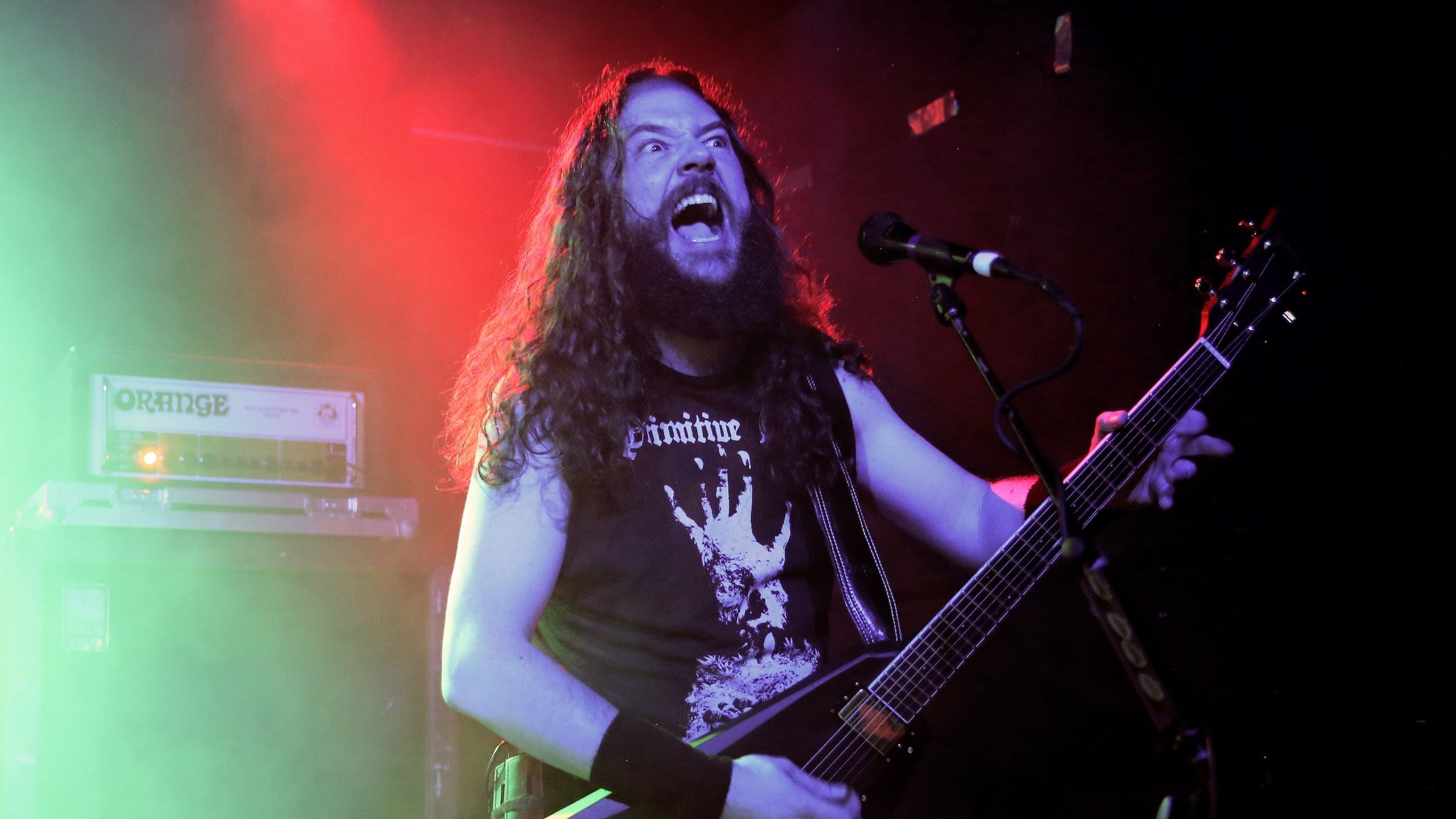 There’s the odd vibe of a homecoming at Brooklyn’s Saint Vitus Bar this Friday -- ‘odd,’ because neither of the bands on tonight’s bill are from New York City. And yet among the mixed crowd in attendance -- bearded hipster types, vest heshers, and even the occasional full-on belipsticked goth -- there is a sense of giddy excitement. Not even the sweltering heat wave sweeping the city can keep the perspiring hordes from packing into Vitus’ back room. For many modern metal fans, Denver’s Khemmis is the band they’ve grown with over the last four years, and seeing them live is always a treat.

The night begins with Atlanta’s Cloak, who earn the nickname "black metal Motörhead" with a mixture of swagger, style (who doesn’t love bare chests under black leather vests?), and a sound that mixes filthy highway rock with heavy goth’n’roll. The band drape their amps with banners and fill the room with fake smoke before their performance, adding a touch of seance to their live set. Those in attendance seem at times befuddled by the band’s snarling, satanic approach -- it’s obvious that plenty of them are here for the catchy stoner jams of the headliner -- but when the light comes up, many are quick to note how much unexpected fun they had.

The mood Khemmis sets from the moment they climb on stage is one of fun; the quartet toast each other before turning to the audience and launching into a enthusiastic collection of songs spanning their recent and meteoric ascent. Though the band’s infernal riffs and frontman Phil Pendergast’s clerical vocals suggest towering melodrama, their delicious harmonies and onstage vamping make the whole thing a rollicking good time. Guitarist Ben Hutcherson leers like Blackie Lawless during especially tasty moments, and he and Phil repeatedly go the front of the stage to show off just how cool it is that they’re playing intertwined solos. The band ends the night with the galloping Isolation and the crushing Maw Of Time as the audience headbangs themselves into a sweaty frenzy.

The crowd quickly rushes out of Vitus’ back room to escape the overwhelming mugginess therein, but then quickly line up at the bar and Khemmis’s merch table. Damp degenerates hug, laugh, and share stories about recent and upcoming shows. The night feels comforting, a celebration of good vibes, killer tunes, and a band that has welcomed their fans in with open and heavily tattooed arms.

Leather's not just for looking cool, folks. Here's a round-up of musical acts who live the outlaw life.

Even as legalization and gentrification cause economic upheaval, the Centennial State’s metal scene is finally getting its due.