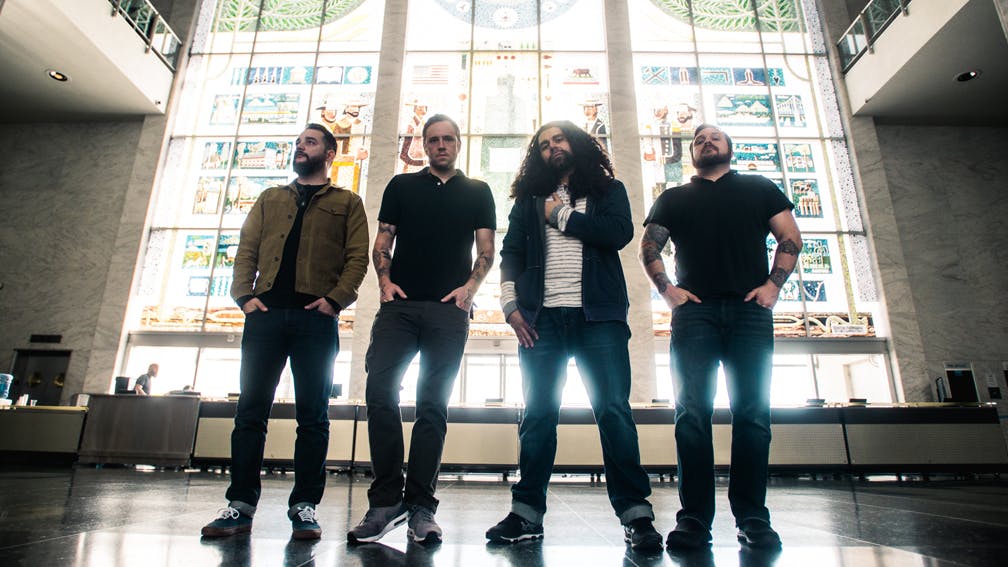 Last we heard from emo hard rockers Coheed And Cambria, they had postponed their remaining tour dates for the year while drummer Josh Eppard went in for heart surgery. Now, the band appear to be looking to the future, as they've today announced that they'll be embarking on their own cruise, along with a handful of their peers, next fall.

The inaugural S.S. Neverender Cruise, as it's being called, will sail between Miami, Florida, and Nassau in the Bahamas, from October 26 to 30, 2020. Coheed will play two sets while onboard the ship, with one focusing entirely on their early material and deep cuts.

Also on the boat will be a line-up of other bands, including:

Also advertised for the boat is 'Emo Nite', seemingly referring to the LA-based party/festival group of the same name. That said, they might be talking about some sort of emo-themed party night. Either way, bring a black hoodie.

The band released the following animated trailer teasing the event:

More information on the S.S. Neverender can be found at the cruise's website.

READ THIS: Inside Coheed And Cambria's new beer collaboration with Coney Island Brewing

Coheed are following in the footsteps of several infamous bands who have taken their act on the high seas. Flogging Molly's Salty Dog Cruise has become a yearly staple in the lives of those who go on it regularly, while earlier this year Slipknot announced that they would be launching their own Knotfest Cruise, to embark this August.

Perhaps it's for the best that Coheed created their very own cruise instead of riding along with Slipknot. When he took part in our In Conversation series earlier this year, the band's own Claudio Sanchez revealed that opening for the masked Iowans took somewhat of a toll on the band.

“We do pretty well as a support act," Claudio told us. "With Iron Maiden there was a lot of similarities, so I don’t think it was as tough...But Slipknot...in select cities, it was a little rough.”

“When audience members...are really verbal,” Claudio elaborated, getting laughs from the crowd, “[about] how much they don’t like you, that can be kind of discouraging. But for the most part, you just close your eyes. That’s why I have the hair. Most of the times I don’t see it, I hear about it afterwards.”

Watch the entire interview below:

READ THIS: The 9 most epic shows at Saint Vitus Bar in NYC